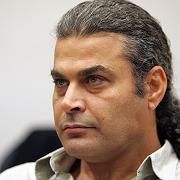 Khaled el-Masri, the German-Lebanese abducted in Afghanistan as part of the CIA's extraordinary renditions program and detained without reason, is expected to file a lawsuit early this week against Germany's Federal Justice Ministry in a Berlin administrative court.

El-Masri is being backed in his suit by the European Center for Constitutional and Human Rights, which wants to force the German government to pursue the extradition of 13 CIA agents from the United States who allegedly kidnapped el-Masri in Macedonia at the end of 2003 and took him to Afghanistan in early 2004.

Public prosecutors in Munich issued arrest warrants against the supposed kidnappers in early 2007, but the Justice Ministry decided at the end of the year not to transmit extradition requests to the United States following a major diplomatic offensive by the US Embassy and after concluding that prosecutors would have meager prospects for success.

At the time, the case created serious tensions within the German government coalition of left-leaning Social Democrats (SPD) and the conservative Christian Democrats (CDU/CSU). Interior Minister Wolfgang Schäuble (CDU), backed by conservative Chancellor Angela Merkel, had threatened to veto the extradition orders if Justice Minister Brigitte Zypries, of the Social Democrats, issued them. Merkel's party had wanted to sidestep a potential trans-Atlantic spat as the government sought a more reconciliatory approach with Washington following the Iraq war.

"The German federal judiciary stopped half way at the time," said ECCHR chief Wolfgang Kaleck. "An arrest warrant for causing the disappearance and torture of a person must be carried out with all force."