Derided as "poverty immigrants" in Germany and "benefit tourists" in Britain, largely Roma immigrants from Romania and Bulgaria are the subject of growing political attacks in Europe this year.

The German Association of Cities is warning that the debate -- fueled by politicians from Germany's Christian Social Union (CSU) -- threatens to spiral out of control.

Maly also warned that the current debate is creating the "disastrous impression that all Bulgarians and Romanians who come to us are poverty immigrants and that many of them are here to cheat the social system." He admonished his fellow Germans not to overdramatize problems with immigrants as some sort of mass phenomenon.

For days now, the media in Germany has focused on the issue. Members of the CSU, which is the Bavarian sister party to Chancellor Merkel's Christian Democrats, have fanned the debate, arguing that unskilled immigrants from Bulgaria and Romania should not be given immediate access to Germany's generous social welfare system. Hans-Peter Friedrich, who served as interior minister until December, led the debate against what he labeled "poverty immigrants". Voices have also been critical within Merkel's CDU. Last week, Elmar Brok, a prominent CDU member of the European Parliament, told the mass-circulation daily Bild: "Immigrants who come to Germany only for unemployment welfare payments, child benefits and health insurance must be sent home quickly to their homelands."

Of course, often enough, what is being referred to in the debate is the widely marginalized Roma population from these countries who have fled discrimination and poor living conditions in Bulgaria and Romania in the hope of establishing better lives in Germany and other Western European countries.

The German Federal Employment Agency (BA) said this week that there are "currently only slight indicators of poverty-related immigration from Romania and Bulgaria" and expressed optimism about the future. "We expect that one out of two of the new immigrants will come with a good education and training," Heinrich Alt, a member of the agency's executive board, told the Rheinische Post newspaper.

The CSU had campaigned against Bulgarian and Romanian immigrants in recent months because citizens of the two countries, which have both been European Union member states since 2007, have had unrestricted access to the EU labor market since Jan. 1 and no longer require a work permit for employment in Germany. The CSU has warned the lifting of the restrictions will lead to an influx of poorly qualified migrants who they fear will demand welfare benefits from Germany but will have few prospects for success on the labor market.

The federal government in Berlin has convened a special committee to address the alleged problem by summer. On Wednesday, Merkel's cabinet agreed to staff a special panel of senior officials from most of the government ministries. The group is expected to review by June whether and how the government can address the possible abuse of German social welfare benefits by citizens of other EU countries. "We need to eliminate any false incentives in the social system that might encourage immigration," Günter Krings, a senior Interior Ministry official with the CDU, told the Passauer Neue Presse newspaper.

Others warn that the issue is being skewed ahead of elections for the European Parliament in May. Thorsten Kingreen, a professor of social law at the University of Regensburg, criticized the current debate in comments made to the Frankfurter Rundschau newspaper as being "politically fueled and targeted at a euroskeptic audience ahead of the European elections."

Labor policy experts also say it is unfair to speak of blanket poverty immigration from the two countries. Figures provided by the Institute for Employment Research, an agency that is part of the Federal Employment Agency, show that by mid-2013, only 0.6 percent of the recipients in Germany of the country's long-term unemployment welfare benefits were of Bulgarian or Romanian origin. The statistics also show that although immigrants from the two countries tend to be less qualified than the average, the unemployment rate for both nationalities was less than the average of the entire population and markedly lower than that of other migrant groups.

On average, working immigrants actually pay money into the state coffers through taxes and other duties. What is true, however, is that some communities are experiencing an upsurge in immigrants seeking benefits in specific places, including Duisburg, Dortmund and Berlin, for example, where the percentage of unemployed and unemployment benefit recipients among Romanians and Bulgarians is particularly high. 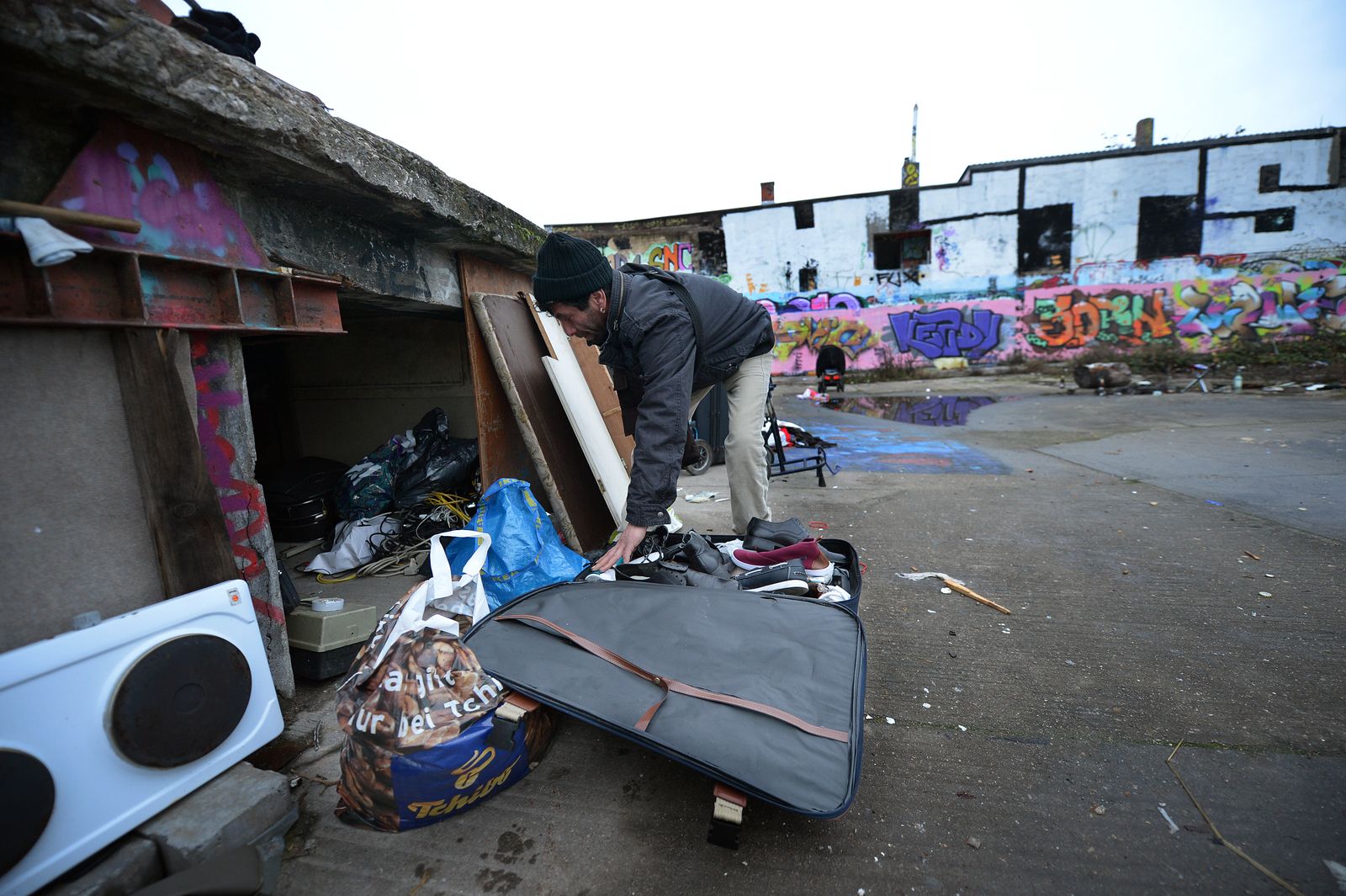 Forty-five-year-old Romanian immigrant Kalin packs his suitcase with objects he has found and wants to sell at a flea market in Frankfurt.