The budget is tight in Bonn. So tight, in fact, that city officials instituted a new "sex tax" for prostitution this year. They hoped to raise up to €200,000 per year in additional revenues.

Yet while it might sound straightforward enough, the sex tax has been difficult to enforce among those prostitutes who do not work in established brothels and sex clubs. Leading the city to come up with plan B: an automated ticket machine in an area frequented by prostitutes and their customers.

Since Monday, freelance sex workers on the city streets have been required to pay €6 per night into the machine, which resembles an automated parking ticket distributor. This machine, however, emits nightly permits to practice prostitution.

Because many sex workers come from abroad and speak little German, enforcement of the tax had proved problematic, city spokeswoman Monika Frömbgen told German news agency DPA on Tuesday. They struggled to fill out the appropriate tax paperwork, making the ticket machine little more than a simple solution.

"It's not fair that some women who work in establishments like sex centers or sauna clubs are taxed only because we can find them more easily there," Frömbgen said.

The new requirement will be enforced by tax officers, who plan to issue warnings to first-time sex-tax dodgers, followed by fines and ultimately a ban on working in the area, she added.

The ticket issued by the machine authorizes work between the hours of 8:15 p.m. and 6 a.m., and is the first of its kind in the country, according to officials. Dortmund, located 120 kilometers north of Bonn, used to require a similar day ticket for tax purposes that were purchased at gas stations, but streetwalking has since been banned there.

The concept "will certainly interest other cities," Uwe Zimmerman, a spokesman for the German association of cities and municipalities, told news agency DAPD. He added that they could help pay for a portion of security costs associated with the sex trade.

Though prostitution has been legal in Germany since 2002, streetwalking is frowned upon and complaints from residents have prompted Bonn city officials to set up a special area to contain the sex business. On the outskirts of the city near the municipal waste management facilities, special wooden garages have been erected for johns to park their cars privately and legally. The area also features a guard who prostitutes can call upon in case of an emergency. But now those who want to use this area and must first pay the machines.

Sex worker association BUFAS rejected the concept, calling the flat fee unfair. "We are against such special rules, and favor the legal equality of every worker, including in matters of taxes," said Beate Leopold, who works at a BUFAS associated advocacy organization in Nuremberg called Kassandra. Income tax should be levied on a case-by-case basis, she added.

But the city of Bonn does not share the same concerns. "Communities have a bit of room to adjust their own taxes, and we are legally granted the right to levy these taxes," Frömbgen said. 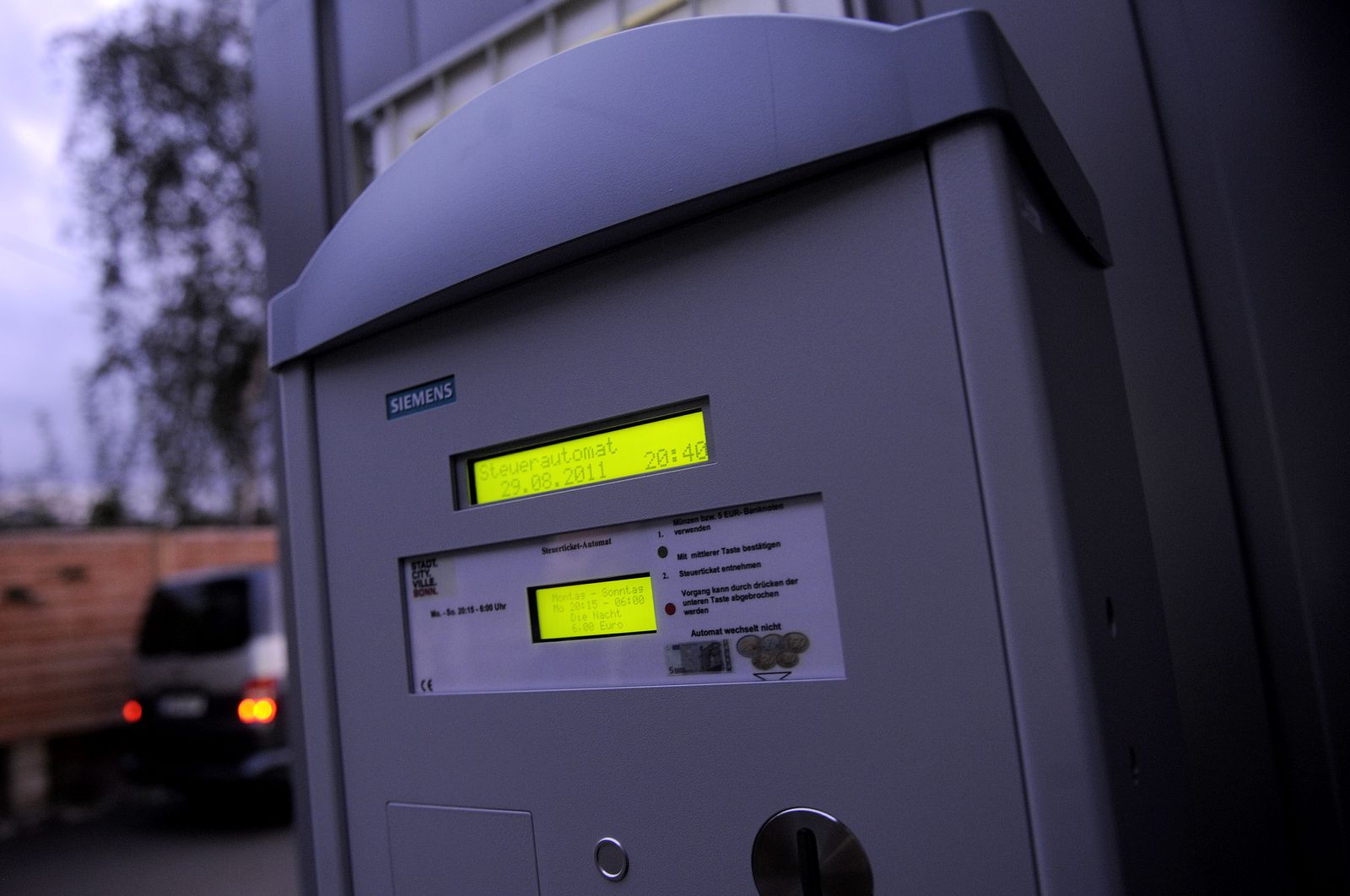 Fines of up to 100 euros threaten prostitutes who don't pay up.