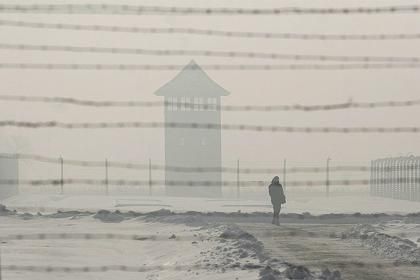 German car components supplier Schaeffler appears to have been more deeply involved in the political system of the Third Reich than previously assumed, according to research conducted by SPIEGEL TV in Poland.

It was already known that a company acquired by Wilhelm Schaeffler in 1940 in the town of Kietrz in what is now Poland employed forced laborers, but Polish researchers are now also linking the name Schaeffler to the processing of human hair from the Auschwitz death camp.

The deputy head of the Auschwitz Museum's research department, Dr. Jacek Lachendro, told SPIEGEL TV that part (1.95 tons) of the hair still exhibited in Auschwitz today was found in a factory in Kietrz at the end of World War II.

The original statements given about the site where the hair was found showed the the factory belonged to Schaeffler's company, Lachendro told SPIEGEL TV. He presented a bale of cloth made from human hair. The bale was found at the factory after the war.

He also said there were transcripts from the interrogation of former factory workers claiming that in 1943, two train wagon loads of hair were delivered to the factory in Kietrz. Tests conducted later by Polish authorities found that it was human hair containing traces of Zyklon B -- the poison used in the gas chambers of Auschwitz.

The ruin of the former Schaeffler factory still towers over Kietrz, which is about three hours by car from Auschwitz. The textile company, which had emerged from the Jewish company Davistan AG, formed the basis of later Schaeffler companies and of today's Schaeffler group. At the end of the war the Schaeffler brothers Wilhelm and Georg moved their company to Bavaria.

The Schaeffler group's official company history doesn't begin until 1946 with the foundation of the company INA. Two years ago, the Erlangen-based historian Professor Gregor Schöllgen researched the Nazi-era history of the company at the family's request.

While Schöllgen confirmed the use of forced laborers in Kietrz, he doesn't believe there is any evidence linking the Schaeffler company to the processing of human hair from Auschwitz.