When it comes to global warming and concurrent efforts to reduce the emissions of greenhouse gases, Germany has always tried to present itself as a leader. New data set to be released on Friday shows that the country has earned its bragging rights. 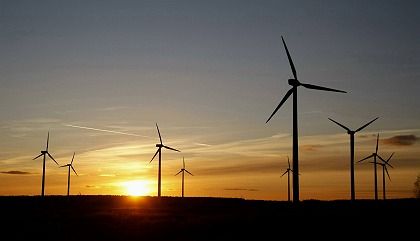 According to the most recent numbers collected by the "national emissions inventory," which keeps tabs on Germany's CO2 emissions, the country has already lowered its emissions to the level set out by the Kyoto Protocol agreement. In 1997, Germany pledged to reduce its greenhouse gas emissions by 21 percent by 2012 relative to 1990 levels. New numbers indicate that the country has managed to reduce emissions by 22.4 percent, according to the Süddeutsche Zeitung which saw the report before it was published.

According to the Munich-based daily, the study points to the mild winter of 2006-2007 as being a factor in the recent decline. But it also says that greenhouse gas emissions from German households have been declining for years. The same trend has been observed when it comes to emissions from cars and trucks on the nation's roads.

Nevertheless, the study warns that emissions could tick upwards as a result of high energy prices for much of 2008, a situation that led many power plants to increase reliance on coal-generated power. The near future will also see a number of atomic energy facilities shut down in Germany as part of the country's turn away from nuclear power, a development that is likely to increase the use of emissions-intensive energy sources such as coal.

Still, Germany looks well on its way to achieving its Kyoto commitments. Fulfilment of the treaty requirements, which sets binding emissions reduction targets for 37 industrialized countries, is determined using an average of a country's emissions from 2008 to 2012. Therefore, at the current levels, Germany is on course to reach its commitents.

Germany, said Environment Minister Sigmar Gabriel on Thursday, "looks to become one of the few countries which will reach its Kyoto commitments."

Preliminary negotiations for a successor to the Kyoto Protocol have already begun. Next Monday, representatives from countries around the world will gather in Posen, Poland for an important step in the process. The Kyoto Protocol expires in 2013, but the new treaty is to be ready by the end of 2009.

In the middle of December, European Union leaders will gather to address EU emissions reduction goals. The 27-nation bloc has set itself ambitious targets, including a reduction of greenhouse gas emissions by 20 percent by 2020 relative to 1990 -- the German contribution would be a reduction of 30 percent. With the financial crisis having turned into a recession in many EU countries, however, many have begun questioning the wisdom of passing stringent climate control goals.