It was still dark when a unit of German police commandos burst into a family home in the western town of Marburg at 06.30 a.m. last Tuesday. Heidrun A. was sitting in her study in front of a wireless transmitter that was receiving encoded messages on a shortwave frequency and was hooked up by cable to a computer.

The sudden appearance of armed officers in balaclavas must have been quite a shock -- the woman fell off her chair and pulled out the connecting cable between the receiver and the computer, thereby interrupting the recording of conspiratorial messages coming from the radio, accompanied by a special identification tune.

The Marburg arrest is the culmination of a secret, weeks-long effort by German security authorities to hunt down suspected Russian agents. It was an operation straight out of the annals of the Cold War. Heidrun A., 45, and her husband Andreas, 51, are suspected of having spent over 20 years as undercover agents spying on Germany for Moscow. Last Wednesday, both were brought before a judge and remanded in custody. Both deny the charges.

The spy thriller could hurt relations between Germany and Russia. This is the first arrest of illegal Russian agents in Germany since reunification in 1990. The use of this category of spy is particularly sensitive and expensive.

"Illegals" practice a high art of spycraft. These weren't standard agents masquerading as diplomats operating from an embassy and immune from prosecution. The worst such diplomatic spies have to fear is expulsion from Germany. But the married couple recently arrested can expect a long jail sentence. A spectacular trial resulting in a conviction could lead to a marked cooling in diplomatic relations between the two countries.

Officially, Chancellor Angela Merkel likes to stress that German-Russian relations are excellent. "They have broadened in recent years, and some haven't kept up," she said last year. Russian President Dmitry Medvedev has gushed that "Germany is our key country."

That obviously also applies to secret service activity. The German Federal Prosecutor's Office and the Federal Office for the Protection of the Constitution, which is Germany's domestic intelligence service, say the undercover operation by the married couple from Marburg began before the fall of the Berlin Wall in 1989, in the days of the Soviet KGB.

In 1988, Andreas A. moved to Germany, a young man who said he was born in Argentina and raised in Austria and who wanted to study in Germany. In 1990 he married his partner, Heidrun, who presented a similar CV -- born in Peru, Austrian citizen.

Andreas studied engineering and plastics technology in Aachen. The couple soon had a daughter. In 1998, after he had completed his studies, Andreas joined an auto components manufacturer. He changed jobs several times and the family moved to North Rhine-Westphalia and then to Rhineland-Palatinate. Early this year Andreas joined a company in the southwestern town of Balingen as a project manager. Sometimes he commuted the 360-kilometer distance to Marburg, sometimes he spent weeknights in an apartment close to his work. Police arrested him in that apartment. He seemed to be living the ordinary, inconspicuous life of an employee who has to commute long distances to and from work.

His life was as unspectacular, in fact, as that of Anna Chapman, who has more in common with Andreas and Heidrun A. than would seem apparent at first sight. The photogenic Russian with red-dyed hair was part of a spying ring of 11 illegal agents uncovered in the US in June 2010. Some of the Russians had spent over a decade working for the SWR Russian Foreign Intelligence Service, the successor organization to the KGB. Their headquarters had been especially interested in reports about US foreign policy. The agents communicated with messages written in invisible ink and coded statements such as, "Tell him Uncle Paul loves him," and "He will know it is wonderful to be Santa Claus in May."

According to an encrypted message from Russia retrieved by US officials, one agent was told: "You were sent to the USA for long-term service trip. Your education, bank accounts, car, house, etc. -- all these serve one goal: Fulfill your main mission, i.e. to search and develop ties in policymaking circles in US and send intels (intelligence reports) to C(enter)."

A few days before the FBI pounced in the summer of 2010, a Russian intelligence officer defected to the US. He was believed to have been working for the CIA since 1999: Alexander Poteyev, one of the officers handling the team of agents on the US east coast. Poteyev is believed to have betrayed Chapman and Co: a Moscow court has sentenced him in absentia to 25 years in jail. He didn't just offer the Americans information on the 11 agents but also gave them deep insight into the workings of Moscow's "Illegals" program -- including the rumor that a similar group of agents was also operating in Europe.

The longer German counter-intelligence agents spent looking at the Chapman case and at further information, the clearer the picture became. They concluded, based on radio messages to Germany, that at least one, and perhaps several Russian spy couples were living in Germany. In late summer the trail of clues led them to the Marburg home of Andreas and Heidrun A.

Time seemed to be running out for the investigators. Andreas had already resigned from his job, sold his car and was packing up to leave Germany, saying he could earn more money abroad. The German authorities suspected that the couple wanted to make a getaway, and that the SWR headquarters might have known that the agents were close to being caught.

It is not clear if Heidrun and Andreas A., as with Chapman and her colleagues, focused on foreign policy. Alongside the agent radio which they both regularly received, another incriminating fact is the false information on their Austrian passports. Inquiries in Argentina and Peru showed that the places of birth listed were not correct. In addition, Andreas A., who said his hobbies were travel, walking and deep sea fishing, speaks with a detectable Russian accent, although, according to his own information, he only speaks German, Spanish and English.

Experts believe it is possible that the couple used Germany as a base but operated elsewhere in Europe. Another theory is that they were in contact with other agents and acted as a relay station for information to Moscow.

During the investigation, specialists from the Federal Criminal Police Office (BKA) used a mobile X-ray laboratory to locate cavities possibly used to hoard secret documents: Even a tennis racket was X-rayed.

'An Interesting and Bright Life'

The case could go down in legal history. Under German law, it is only punishable to work for a foreign intelligence agency against Germany. The question is, whether, in the context of the European Union, Germany's interests would be damaged by an agent using Germany as a base to operate in a nearby country. For the federal prosecutor, this will determine whether the case will end in failure or be a big success, like the Anna Chapman case.

In the high-profile Chapman case, the FBI could not prove that the Russian and her agent friends were involved in spying. Instead they were charged with money laundering and conspiracy. But after the arrest, the Kremlin admitted they were Russian citizens. In true Cold-War style, the agents were exchanged for four alleged CIA spies who had spent years in Russian prisons.

After their return Vladimir Putin lauded the risk that they had undertaken. "Just imagine ... You have to master a foreign language as your own, think and speak it and fulfill tasks in the interest of the motherland for many years without counting on diplomatic immunity," he said.

Speaking about the spies arrested in America, Putin made a promise which will also be of interest to Andreas and Heidrun A.: "I am sure that they will have an interesting and bright life." 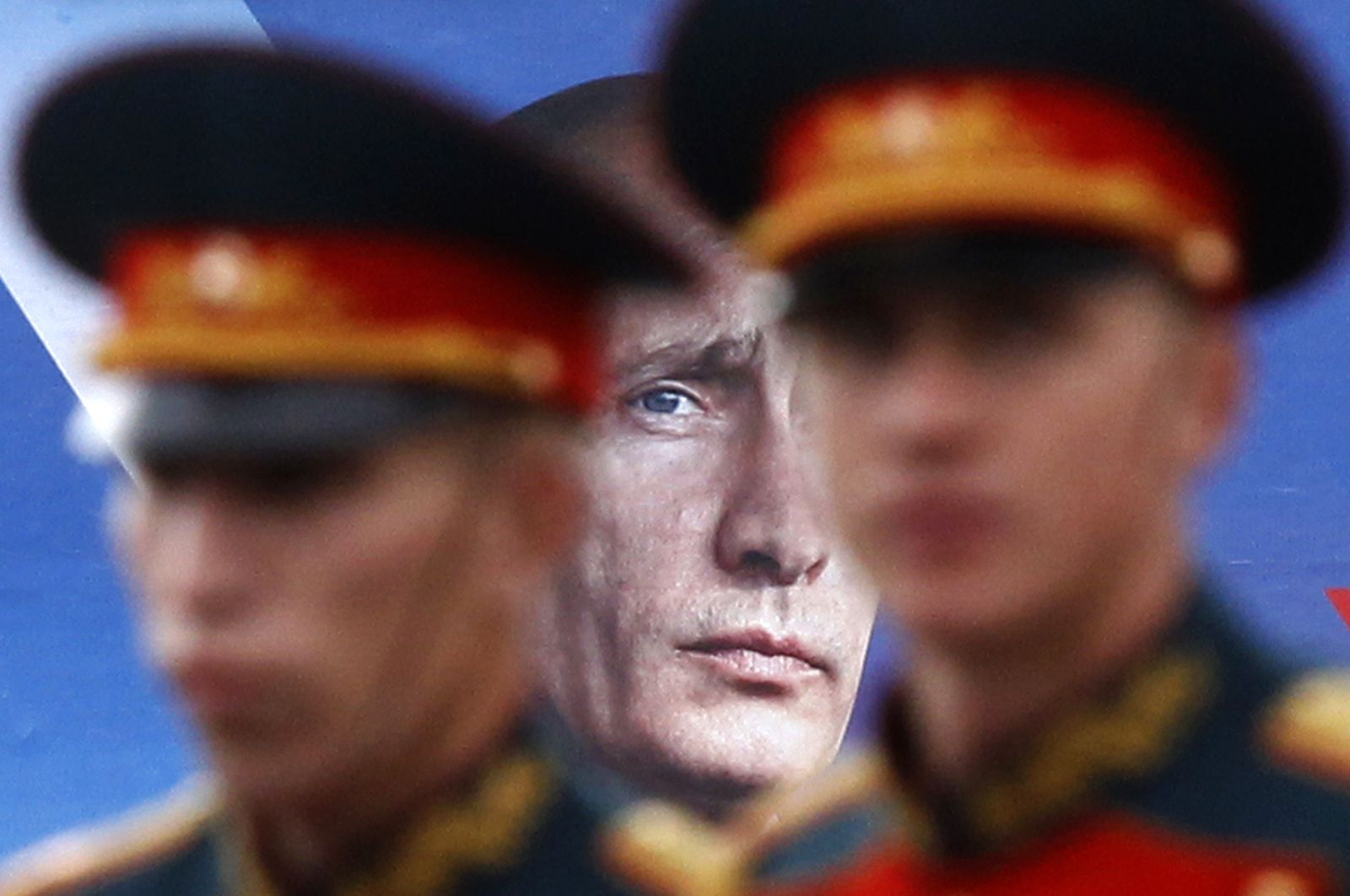