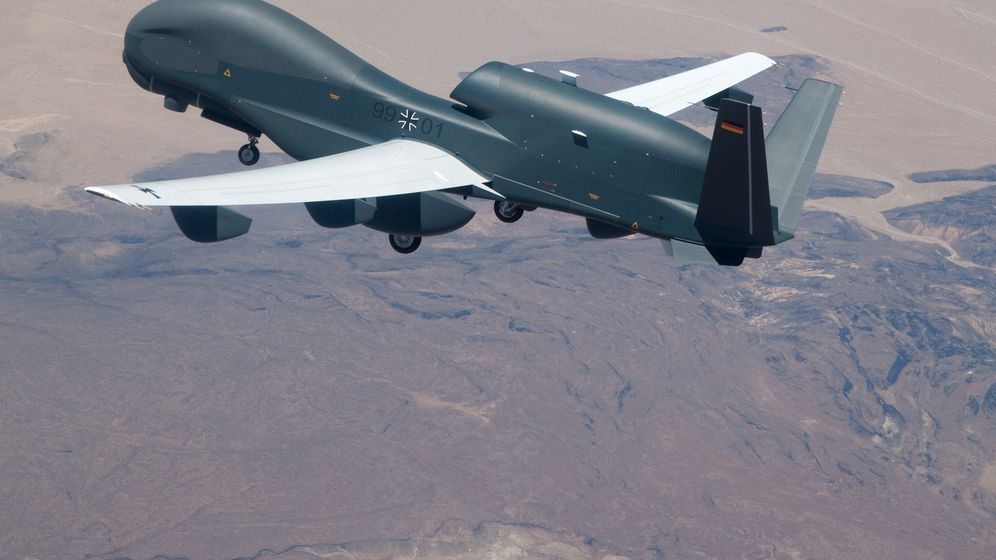 German Defense Minister Thomas de Maizière was disappointed. The "stronger public debate" he had envisioned did "not really occur," he said, adding that the discussion was somewhat "anemic."

The generals listening to the defense minister in the German capital one evening last week were only moderately interested. De Maizière went on about veterans, esprit de corps and the timeless topic of maintaining tradition in the German military, the Bundeswehr.

He said nothing, however, about the more pressing piece of news making the rounds in Berlin. De Maizière had just cancelled the Euro Hawk surveillance drone program, one of the federal government's key defense projects, which failed because it was unable to fulfill the requirements necessary to be certified to fly in German airspace. Initial calculations indicate that the debacle represents a waste of more than €500 million ($650 million), but de Maizière, a senior member of Chancellor Angela Merkel's Christian Democratic Union (CDU), said nothing about it.

Nor has he since. Instead, he is waiting for the completion of a detailed report on the drone program and plans to finally make comments in front of German parliament's Defense Committee on June 5. Waiting that long, however, promises to be difficult. This week, several new details have emerged, making it apparent that the Defense Ministry has known about the problems facing the drone program for years, yet continued to pump money into the program nonetheless.

Furthermore, a NATO drone project could face the same problem and likewise prove uncertifiable. Indeed, Elke Hoff, a defense expert with the Free Democratic Party (FDP), Chancellor Merkel's junior coalition partner, has urged that Germany suspend its participation in NATO's "Global Hawk" program. Berlin's share of the program is worth €400 million. Norbert Barthle, a CDU parliamentarian, has likewise urged that the NATO project be halted.

The crash landing of the Euro Hawk is a serious setback for de Maizière, long considered one of Merkel's ablest confidants and an influential member of her cabinet. With reports mounting that problems with the drone program have been known for some time, de Maizière finds himself in an unfamiliar position: as the target of criticism.

In a classified report to the parliamentary Defense Committee, de Maizière's officials concede that they have known since the end of 2011 that "regular airspace certification for the Euro Hawk series aircraft" could only be attained "at a substantial additional cost." The Defense Ministry considered alternatives, but none proved workable. In order for aircraft to be certified, they must be equipped with high-tech automated systems to avoid mid-air collisions. The Euro Hawk drone does not possess such a system. Developing one would take years and, according to some estimates, cost an additional €500 to €600 million.

In a closed-door meeting of the Defense Committee at the end of April, Detlef Selhausen, director of armaments at the Defense Ministry, sheepishly admitted that the military had anticipated "fundamental problems" with the Euro Hawk as early as the summer of 2011.

Did the Military Know?

At the time, a flight of the demo drone from the United States to Germany had been repeatedly postponed, because the military had not even been able to secure temporary certification for the airspace the drone would have to cross. Even in the United States, the aircraft was only allowed to follow a zigzag course and only fly in specially marked corridors.

Selhausen has been unable to explain why the problem was not addressed right away. "We wasted more than €200 million, even though it was foreseeable for some time that this project was going to fail," says Hans-Peter Bartels, a defense expert with the opposition center-left Social Democratic Party (SPD). "The Euro Hawk is the biggest procurement disaster of the last 20 years," says Green Party lawmaker Tobias Lindner.

There are also indications that the military knew of the potential problems facing the drone program several years before the classified document was produced. A report, authored in early 2008 and signed by then Bundeswehr Inspector General Wolfgang Schneiderhan, clearly states that drones "intended for participation in general air traffic" have to "fulfill the same air traffic safety standards as crewed systems." The indication is that military leaders were aware that fulfilling such safety standards could present the drone program with a difficult hurdle.

The Federal Audit Office, which examines significant government expenditures, also made inquiries at a very early date. As far back as November 2011, auditors requested information on the Euro Hawk program from the Bundeswehr. They were not pleased with what they got in response. Citing a non-disclosure clause with US industry, the German Defense Ministry blacked out key passages in the contracts and reports. The Audit Office reacted by sending an angry letter to the Bundestag, in which it noted that its auditors, without unrestricted access to documents, could not guarantee their legality.

This week, a parliamentary study on the issue accuses the Defense Ministry of having violated German law when submitting the redacted information to the Federal Audit Office. The FDP has likewise criticized the withholding of information from the Bundestag as "politically unacceptable." FDP defense expert Elke Hoff said: "It is deplorable to spend tax money and not have the ability later to see what it was spent on."

Given the serious problems with the drone program, the redaction of documents sent to the Federal Audit Office has raised the question as to whether the Defense Ministry was deliberately trying to conceal the project's shortcomings. And that, combined with a widespread lack of understanding for why de Maiziére didn't pull the plug on the drone program earlier, could pose serious problems for the defense minister.

Should the NATO program have to be stopped as well, the pressure will only become greater. And it seems likely that it will. It stands to reason, many in Berlin are saying this week, that the same safety requirements will be demanded of NATO's "Global Hawk" program. And that would mean that the new NATO aircraft would be grounded as well. 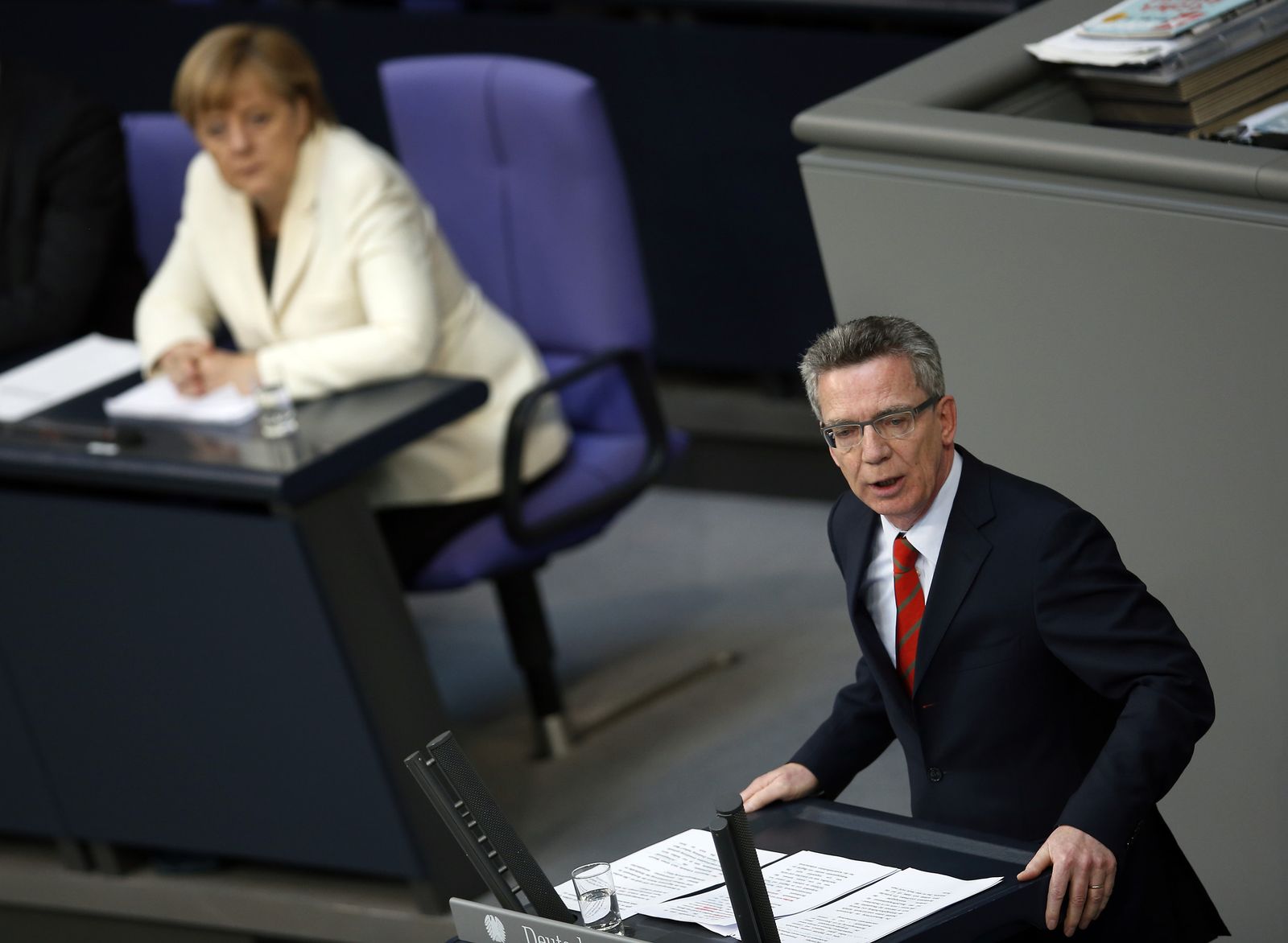 De Maizière has long been one of Merkel's most reliable confidants. His troubles come as she is preparing for a reelection battle ahead of the vote this autumn.