If you spend much time in Germany, it won't take long before you notice that speaking the language really isn't that difficult. Any time you're at a loss for a German word, just throw in some English and move on. For one thing, it's the height of coolness to sprinkle your German with English. And for another, even if your German friends don't understand, they'll smile and nod for fear of looking dumm. 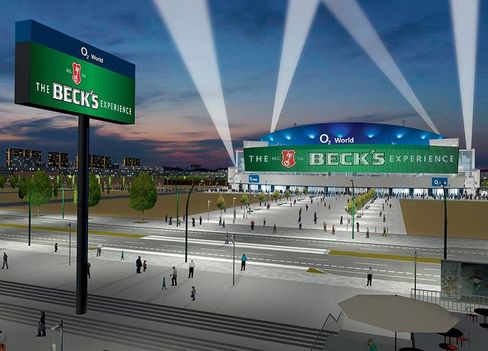 Many Germans misinterpret this slogan.

Plus, they do it too. Words like "office" and "meeting" long ago entered the German vocabulary. "Babysitten" and "downloaden" have been adopted. Even the word "people" has been molded to suit the needs of the German language -- the term has a negative connotation to indicate folks who are disagreeable and tiresome.

But when it comes to advertising slogans, the use of English is becoming passé. Some advertisers have realized that many Germans just don't understand -- or even worse, misunderstand -- their hip slogans. Even such straightforward lines like "Come in and find out," for a chain of perfume stores, can be dodgy. It seems most Germans cycled the slogan through their spotty understanding of English and thought it meant, "Come in, but then go back out again."

On Thursday, Germany's federal consumer advocacy and protection body held a symposium in Berlin to discuss the issue. The group -- whose name "Verbraucherzentrale Bundesverband e.V." might also benefit from a bit of simplification -- pointed specifically to the use of English in advertising and said that consumers should not be made to feel excluded just because they can't understand foreign slogans.

Study after study has indicated that many cannot. The Vodafone slogan "Make the Most of Now" has weird associations with fruit juice ("Most") for many Germans. "Welcome to the Beck's Experience" didn't work so well because many thought the last word meant "experiment." The grand prize for slipshod slogans, though, goes to German television station Sat1, which used the catchphrase "Powered by Emotion." This was taken by many to be a modern version of "Kraft durch Freude," the Nazi party's leisure organization, often translated into English as "strength through joy."

The Thursday symposium comes just a week after delegates to the Christian Democratic party congress called for German to be written into the constitution as the country's official language. Among other arguments, the encroachment of English on the German language was noted. Conservative mouthpiece Die Welt wrote that "you don't have to be a nationalist or an anti-American to feel that the English advancing into German officialdom is a sign of the neglect of our own language."

The encroachment into officialdom, in fact, was one of the problems under discussion on Thursday. Consumer protection head Gerd Billen even called for a ban on English-isms during speeches in the Bundestag, the German parliament. He said he wasn't interested in purifying German, but in helping comprehension.

Berlin may be a good place to start this campaign. The German capital has just chosen a new -- English language -- slogan for the city: "Be Berlin." But at least that catchphrase doesn't exclude any part of the population. No one, after all, seems to have the slightest idea what it means.