A scandal! An insult! Another slap in the face of the victims! Such was the language that accompanied the decision by Munich's Higher Regional Court to cancel two sessions of the National Socialist Union (NSU) trial and not resume proceedings until this week. This came on the first day of the trial, when the defense entered two motions alleging bias: one directed at chief judge Manfred Götzl and the other against him and two fellow judges.

Motions expressing concern about the alleged bias of judges are nothing unusual at the beginning of a criminal trial, especially when, as here, the defense lawyers are searched before being allowed to enter the courtroom -- in contrast to members of the court, representatives of the state prosecutor's office, police officers and judicial staff -- although there is not the slightest reason to suspect foul play. After all, district attorneys, judges and security personnel are every bit as susceptible to blackmail or being put under pressure as lawyers are. It isn't absurd that defense lawyers, generally viewed as trusted actors in the legal process, should complain that such a decree by the chief judge constitutes "blatant discrimination."

The federal prosecutors stated their position in a sober and concise manner, in contrast to the representatives of the co-plaintiffs, whose emotional comments were not appropriate to the case at hand. It is already apparent that the defense will have to do battle not so much with the court or federal prosecutors, but primarily with the unusually broad phalanx of co-plaintiffs and their lawyers.

It is "nothing more than injured vanity on the part of the defense lawyers," said one lawyer for the co-plaintiffs in reaction to the allegations of bias. Others accused the attorneys of "unnecessarily delaying the trial" in a manner that placed an unacceptable burden on the victims. They contend that the victims' agony is exacerbated by such motions. To make matters worse, they allege that the motions made by the defense are unfounded, nothing new and "entirely uncreative."

The German government's ombudswoman for the NSU victims, Barbara John, described the first day of the trial as "discouraging." She said many victims have the feeling that "as co-plaintiffs they are not taken seriously." John pointed out that the co-plaintiffs came prepared for three days in court, took vacation leave from work, delegated household duties and purchased restrictive economy tickets. The charges weren't even read on the first day of the trial, she said, adding that there was no obvious reason why the defendant, Beate Zschäpe, should even have been present. One really has to wonder about John's knowledge of criminal trial proceedings.

Defense lawyers need not justify their actions when they stand up for their rights within the strict formalities of legal principles and laws. Indeed, the prime objective of a criminal case is not to address the victims' sensitivities, but rather to resolve and assess the question of guilt. This also means that defense attorneys occasionally have to enter motions that cannot be delayed without forfeiting certain rights, even if such actions remain unsuccessful -- and judges decide on such motions independent of the wishes of the victims.

By extending the rights of victims, German lawmakers are responsible for upsetting the balance between the prosecution and the defense. One cannot reproach the victims for making use of the procedural rights that have been showered upon them. But it is a different story with their lawyers. They are obliged to explain to their clients who does what in a criminal trial, why they do it, and why they must do so. For instance, a defendant has the right to remain silent in his or her own defense.

Some lawyers, however, have convinced their clients that they can expect "maximum clarification" from the court -- knowing full well that this is impossible. They raise unrealistic hopes and expectations and pave the way for further disappointments. They are taking advantage of the victims, either to gain publicity at their expense or in a populist effort to cast the German legal system in a negative light. They have no qualms about using the media, which is interested in sensationalism and doesn't see through the game.

Gisela Friedrichsen is a SPIEGEL correspondent covering the trial in Munich. 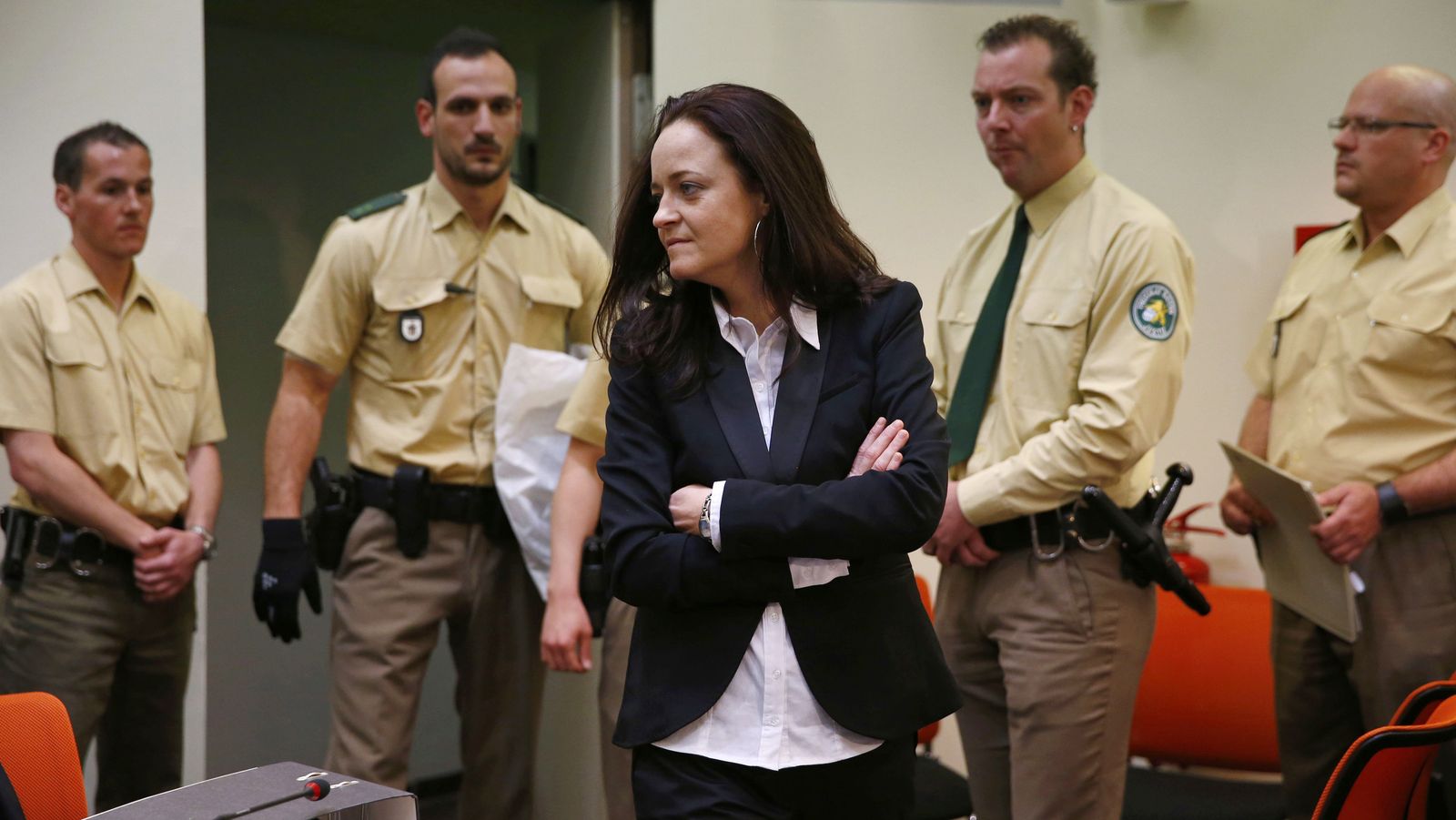 Beate Zschäpe entering court on May 6. The trial was adjourned until May 14.