First, the good news: The collapse of coalition negotiations in Berlin has saved the country from a government in stasis, a government with no vision or ambition. Had Chancellor Angela Merkel managed to produce an alliance between her Christian Democrats (CDU), the Bavarian Christian Social Union (CSU), the business-friendly Free Democrats (FDP) and the Greens, the country - indeed, the entire continent - would have faced four years of stagnation, at its center a German government with more driving it apart than holding it together. The four parties involved would not have constructively complemented each other. Rather, they would have constantly been in each other's way.

Even if many German politicians have claimed the opposite during the past month of haggling: The will of the electorate was not that of slapping together a coalition of parties that didn't belong together. Nobody except those involved dreamed of a cabinet with arch-conservatives from the CSU, environmentalists from the Greens and opportunists from the FDP gathered around a single table. The fact that such a coalition was the subject of negotiations in the first place is merely the result of a tradition whereby possible coalitions are interpreted as being the electorate's desire. There was, however, no serious mandate for this particular alliance.

By walking away from the talks, the FDP made a contribution to political clarity in Germany - even if that wasn't the party's intention. Those who vote for the Greens aren't generally hoping for a coalition with the FDP, while supporters of the CSU tend to have nothing but disdain for the Greens. And, it must be said, that is how things are supposed to be.

Rivalry between the parties is the lifeblood of our democracy and their first duty is not that of ensuring the well-being of the state but of reflecting the diversity of German society. It is something that the Social Democrats should remind voters now that the hail of appeals has begun beating down on the party to reconsider, for the good of the country, its decision to shun a continuation of their coalition with Merkel's conservatives. Plus, the initial interpretation of the September 24 election results, that the electorate is eager to be rid of Merkel's conservative-SPD coalition, remains the correct one.

Yet with talks now having collapsed and the SPD intent on going into opposition, there are no more possible coalitions on the horizon - and it is fair to say that the German political system now finds itself in crisis. For years, Germany's party spectrum has been fragmenting while the fringes have radicalized, to the point that seven different political parties now have seats in the German parliament. In the face of such a constellation, the system is failing and is no longer producing the clear coalition options that German voters have become used to.

Calling new elections would be akin to forcing voters into detention until they produce a result agreeable to the political apparatus. And were that to happen, it seems likely that the right-wing populist Alternative for Germany (AfD) would be one of the only parties to profit. The only other option would be a minority government. The experiment has occasionally been tried in German states without much damage being done, but never on the federal level. Meanwhile, the teary-eyed argument that Europe's strongest economy can't afford a wobbly government isn't particularly convincing.

The most important question, though, is what happens with Merkel herself. This could indeed mark the beginning of the end for her career as chancellor. In recent days, it has become apparent that a significant amount of the power she once held has evaporated - beginning with the fact that, when the deadline she set for the end of coalition talks passed last Friday, there were no consequences whatsoever. On Sunday evening, it wasn't just the negotiations themselves that came to an end, but the entire Merkel Method of governing.

For years, she has sapped ideology out of politics - and a coalition with the FDP and the Greens would have been the crowning achievement of that approach. It would have provided proof that even environmentalists and free-trade fetishists can work together as long as Merkel's steady hand is there to keep everyone in line. That, though, is now history. This crisis is Merkel's crisis. It will be interesting to see how she seeks to deal with it - and if she will succumb to it.

The same, though, holds true for all those who invested political capital in this misbegotten alliance. Green leaders seemed willing to give up too much and will likely face sharp criticism from within the party. The CSU in Bavaria was already disintegrating well before Sunday's negotiation collapse and the party will no doubt regret not having pulled the plug themselves. The FDP will be nervously looking at the opinion poll results to see how badly the party might be punished. And Merkel's CDU? They will gather around their leader and continue to invoke the bucolic contentedness promised by the chancellor. But it is a message that has now been robbed of all its credibility. 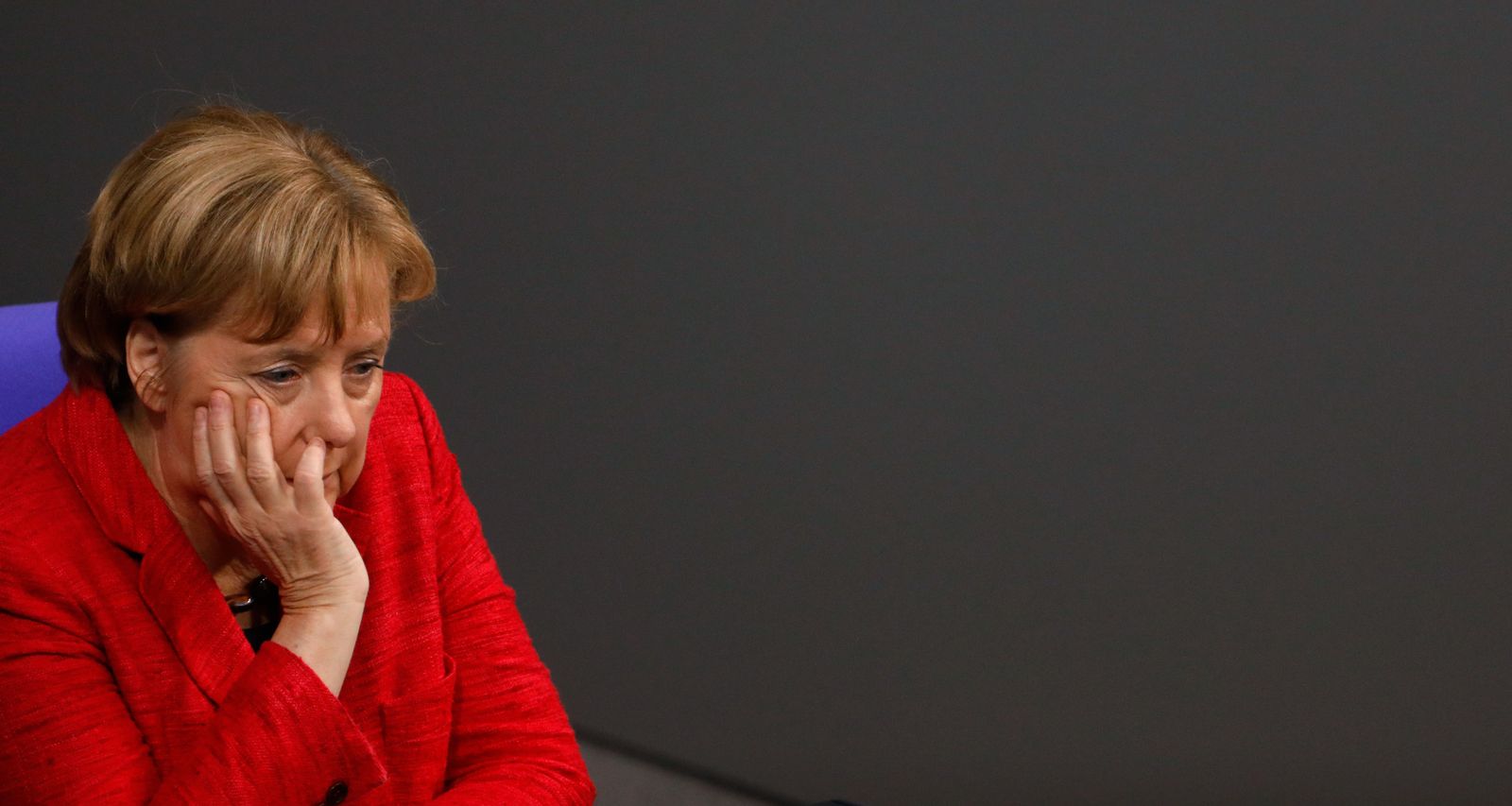