So maybe I'm not in the best position to comment on the NSA spying scandal. Ten days ago, I traveled to the United States to stay in a vacation home on the East Coast. "As a patriot, I find that traveling to America has become unacceptable," a colleague of mine texted me on Monday. In my own defense, I can only say that the scope of the scandal could not have been foreseen when I began my journey.

Since then, however, one has much to fret about. If I understand things correctly, the Americans are in the fast lane to setting up a state of hyper-surveillance in Europe ruled over by data dictator Barack Obama. And all good Germans are united in their outrage. Even Sigmar Gabriel, head of the center-left Social Democrats, is calling for prosecutors to launch an investigation into the head of the NSA.

Here in America, it's hard to come by reliable information on the scandal. I open up the New York Times every day hoping to learn something deeper. But even though it's the leading newspaper among the world's left-leaning elite, it only devoted a small side section to the biggest bugging scandal in history. On Tuesday, it broke a pattern by publishing a piece about the uproar sparked by revelations that the US had bugged the EU diplomatic representation in Washington. But, of course, it only got a slot on Page 4, behind stories about Syria, Egypt and the lax lending practices of Chinese banks. In fact, the "Gray Lady" deemed its coverage of Wimbledon more important than writing about how the US intelligence agency has violated the civil rights of millions.

It's hard to explain to Americans how Germans see this issue. Try telling someone from the US why we Germans have no problem sitting in a sauna full of naked people but get nervous when the Google camera-car rolls by and takes digital images of our houses. I gave it my best shot, but let's just say this: Our concept of the private sphere is not immediately clear to people abroad.

I've also learned that it is no easy task to clarify to Americans why Germans are more than happy to consign their children to state care when they are just one year old but would go through hell and high water to keep their personal information out of state hands. In most cases, Americans don't like the state nosing into their personal affairs. But, when it comes to internal and external security, they have resigned themselves to the necessity of government meddling.

For some reason, we Germans have taken the exact opposite approach: We delegate things to the state that we could take care of ourselves. But when it comes to issues we can't do alone, we don't trust the state to do them either.

The problem with American bugging is that it will never be exactly clear what we're supposed to be afraid of. The threat is rather abstract -- but that makes it all the more threatening.

To understand why Germans are so hyper-attuned to data-privacy issues, one probably has to look into our past. There is good reason for a land that has experienced two dictatorships -- one with a Gestapo, the other with a Stasi -- to be more sensible when it comes to the dangers of absolute monitoring.

Not Just to America 's Benefit

The sad truth is that the Germans have and continue to benefit mightily from America's spying program. Unfortunately, Germany is far from being an empty patch on the global map of Islamic extremism. And the lion's share of the information on the activities of extremists in Germany has been provided by the very agencies that we are now so livid about. They are America's eyes and ears on the world -- but they are ours, too.

So far, Germans have been able to count on others providing tips when things threatened to get serious. But that can't continue forever. Likewise, when it comes to the surveillance business, there are no free lunches. This has prompted the BND, Germany's foreign intelligence agency, to ask for more funding for its own Internet-surveillance activities. But, as things now look, we would prefer to give our intelligence services fewer means to defend us from attacks than to expose ourselves to accusations that we violated civil rights. The Green party has already branded the current fiasco as a "meltdown of the constitutional state."

Politicians should be honest enough with voters to spell out the costs, should the country move away from data surveillance. If a suitcase bomb were to explode soon in a major German city because we were too late in sifting through the meta-data of the perpetrators, it would be nice if the Justice Ministry could muster the courage to explain to people that these kinds of attacks are now the price we pay for the right to determine what happens with our personal information -- a right we currently place so much value on.

Why Bug the EU?

Yet one major mystery remains at the end of this week of outrage: Why on earth would the United States bug an EU embassy? What did the Americans expect to learn from such eavesdropping? Was it really so crucial for them to unveil why it's no longer forbidden to sell bent cucumbers in the EU or why restaurants aren't allowed to put olive oil dispensers on tables?

There can be only one explanation: The NSA must have a form of institutional punishment set up for its employees. Whoever screws up is forced to listen to EU diplomats talk for hours on end. But, on the bright side, the current fiasco will put an end to this particular violation of human rights as well. 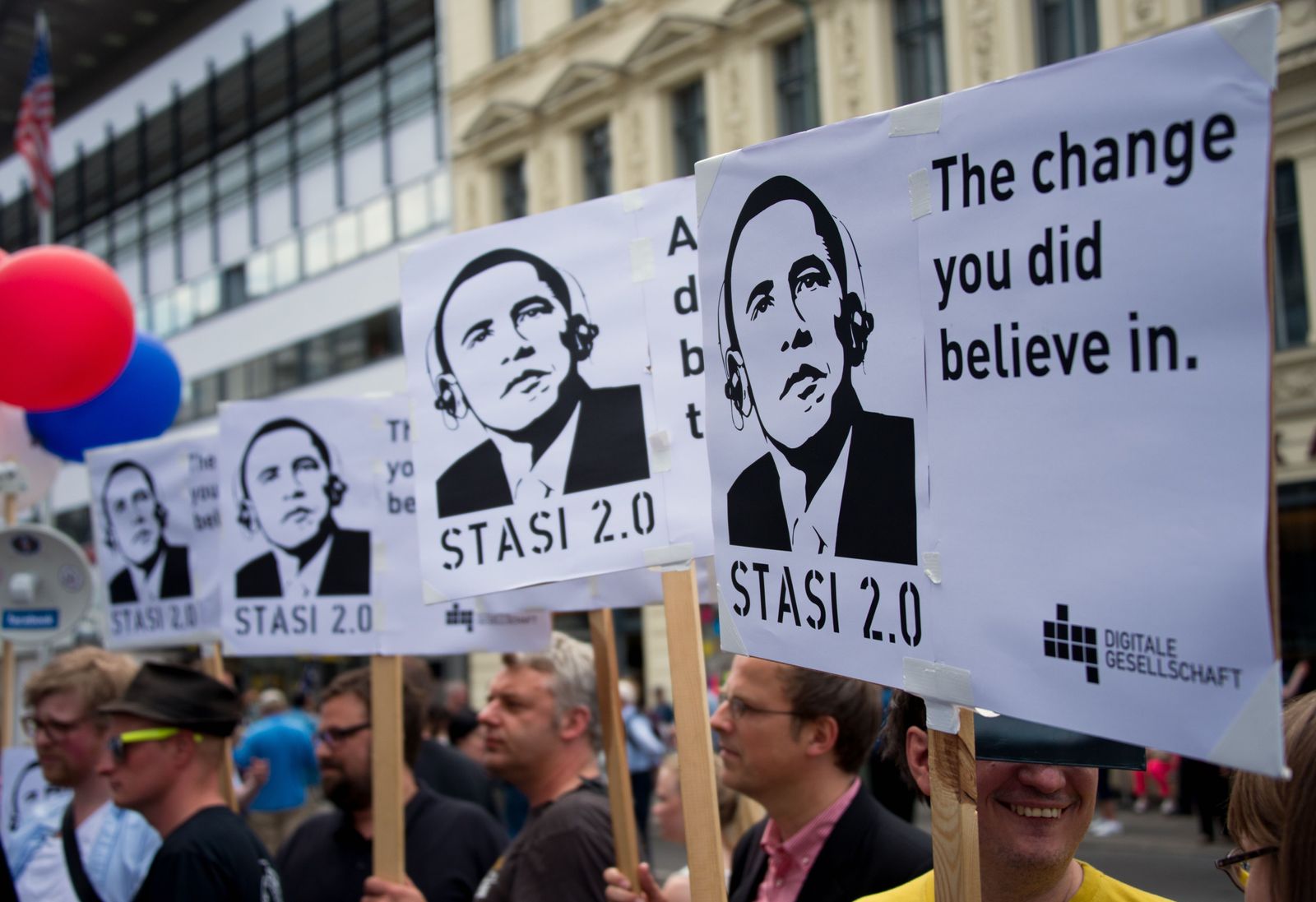 Should Germans really be so miffed about US surveillance?