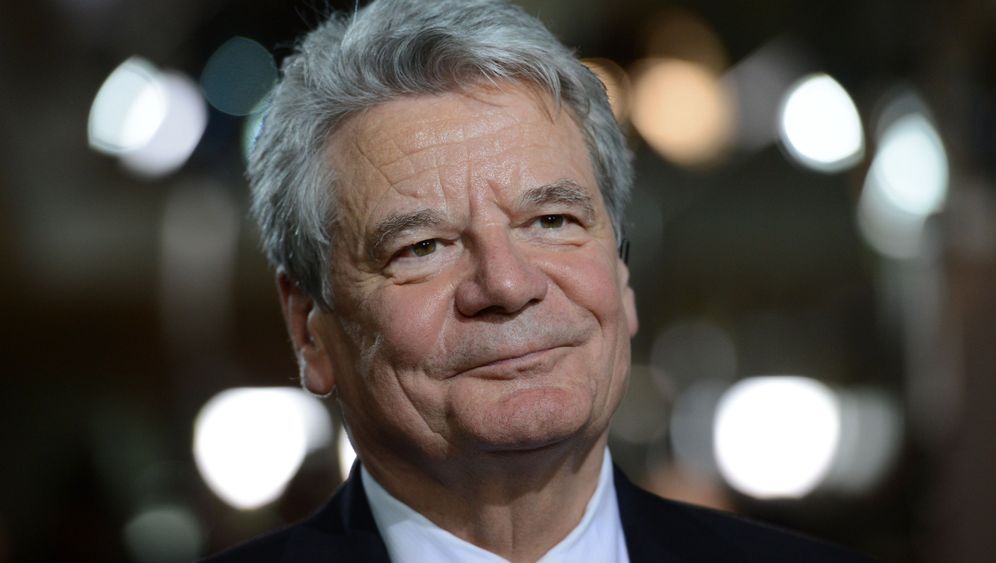 All's well that ends well, one might say. Many people believed that Germany was on the verge of a national crisis following the recent resignation of Christian Wulff, the second German president to step down in two years. But they were proved wrong on Sunday.

The atmosphere in the Reichstag building in Berlin was cheerful and relaxed as the specially convened body known as the Federal Assembly met Sunday to elect the new German president. The unspoken message was clear: A mature democracy can take such things in its stride.

On days like these, it's also clear that, despite our political differences, we all mainly want the same thing: We want to be able to live together in the same country and feel reasonably free and happy. Nobody put that better than Joachim Gauck in his first speech as the new German president after being elected. "What a beautiful Sunday," he said.

The huge amount of attention that was paid to the debate about Christian Wulff, the dispute over his succession and the nomination of Joachim Gauck all show that the position of German president is still important. Ordinary people are interested in their head of state, even if the post is largely ceremonial. The president is needed for good old-fashioned reasons: as a role model and a moral authority. At the end of the day, it matters who holds the position. The president is someone who is supposed to show the population how this peaceful and decent cohabitation should work. Germany does not want to do without this position.

What will Gauck do now? Traditionally, the role of the German president is relatively clear: When it comes to the everyday business of politics, the parties would prefer to be left to themselves. The head of state should restrict himself to making speeches about the nice weather or whatever -- Sunday speeches, as we say in German.

The new president now has two choices. He can stick to his assigned role, or he can get involved in politics and shake things up. It's a safe bet that Joachim Gauck, a former East German pastor with a reputation for plain speaking, will be a president who prefers to shake things up, and maybe even wake people up. He will also annoy certain people -- and not only professional politicians, but some members of the population too. That, too, is part of his job.

Of course, the expectations for this new president are already far too high. Gauck is expected to address a bewilderingly long list of issues, including freedom, immigration, the European Union, the Internet, law and order, pensions, young people and health care costs, not to mention world peace. That's exactly how he wanted it. But perhaps the people who are overwhelming Gauck with hopes that he will be Germany's savior should step back for a moment and give the poor man time to catch his breath. He is, after all, only human -- as he himself is the first to admit.

The Benefits of Age

Gauck, as a former church minister, is a fantastic public speaker. He proved that once again on Sunday. In his new job, that's half the battle. But less has been said about another advantage that Gauck brings to the table: his age. At 72, Gauck, in contrast to a growing number of members of the political establishment, knows Germany's turbulent last 60 years not just from the history books but from personal experience. Indeed, he even helped shape the country's history during that time. He has a rich stock of experience to draw on; he knows about radical changes in the lives of people and countries from personal experience.

As a former citizen of communist East Germany, Gauck knows above all to value freedom and democracy, something that he already made clear in his inaugural speech. Horst Köhler, the next-to-last German president, liked to view himself as a kind of anti-politician. Gauck presents himself as an alternative to Köhler. As he explained on Sunday, he wants to bring politicians and citizens closer together, not drive them further apart. His message is clear: It's not just politicians who are to blame if democracy isn't working. Part of the blame is borne by the citizens who don't contribute anything, standing on the sidelines and criticizing instead.

Germany can benefit from Gauck's clear commitment to democratic values and his wealth of personal experience. We would like to hear everything that Gauck has to say on the subject of freedom. He should remind us of what it means to live in an unfree society. And he should talk about how Germany's role as a bridge between Western and Eastern Europe should be defined.

One of the reasons that the expectations for Gauck are so high is because fundamental political questions are so seldom discussed these days. In the everyday business of politics, which is becoming increasingly fast-paced, there is a depressing lack of real issues and a shocking shortage of people who are not just good at conducting politics but who are also good at explaining it.

These days, German politics is mostly about money. How much should people earn, and is it fair? Should people have to pay to see a doctor? Why is gasoline so expensive? Of course these things are important. But are Germans really so badly off that these are the only things they care about?

Gauck will break through this monotony. He is, if you will, a splash of new color on a rather gray background. Of course, it's possible that Gauck will fail in his duties. But that's not very likely.

As Gauck would put it: What a beautiful Sunday for Germany.