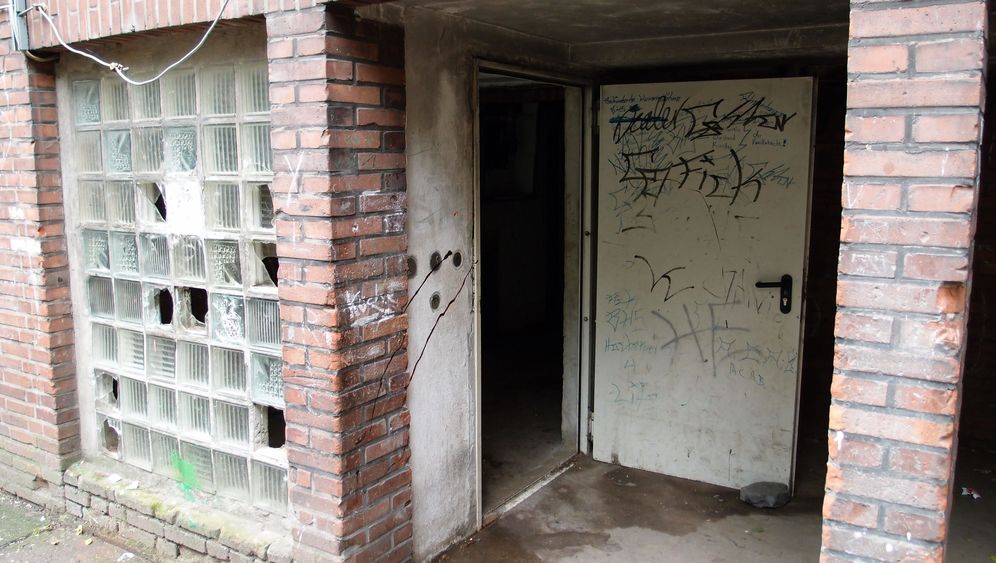 The two parents and their four children huddle together on a sofa. The room is bare and damp, with peeling walls and dirty rugs on the floor. This is supposed to be beginning of the better future that Radu and Ilena* were dreaming of when they boarded a bus four weeks ago in Romania. Now they stare apathetically at an animal documentary playing on a German television station. The first thing Radu says is: "No problems, everything is good."

Like many of the people who make the long journey to Germany, the family from Iasi, Romania just wants to keep from standing out or making trouble. In recent years, tens of thousands of Romanians and Bulgarians have come to the country's Ruhr region in the populous state of North Rhine-Westphalia, and the numbers are growing. Most of them are Roma fleeing the wretched conditions and bleak prospects of their homeland, paying around €100 per person for a ticket to Germany. But once they arrive, the newcomers quickly realize that the supposed Promised Land isn't as welcoming as they'd hoped.

As European Union citizens, Romanians and Bulgarians may legally reside in Germany -- but working a regular job is not allowed because labor laws stipulate that they can't take work that could instead be performed by a German. What remains is day labor that pays €3 or €4 per hour ($4 to $5), relegating the men to independent construction or roadside work, while many women are forced into prostitution. However, they do get social benefits for their children. Radu and Ilena receive €773 per month, compared to the €110 Radu could earn as a crane operator in Romania in the same time.

The wealth disparity across the EU drives many who have nothing left to lose at home to go abroad. Many are illiterate and don't stand a chance in the German labor market, though they long for a better life in their new home. Radu says that a friend told him there was lots of "good work" in Germany, where his children could go to school and maybe even have a future.

The trend amounts to "poverty migration," says Ralf Jäger, interior minister for the state of North Rhine-Westphalia. "Roma in Romania and Bulgaria live in such miserable conditions in their home countries that they make their way to Germany," he told SPIEGEL ONLINE. But the EU should make an effort to insure that living conditions for Roma are improved in their countries of origin, he says, adding that more should be done to "end the discrimination of minorities."

North Rhine-Westphalia is also struggling to handle an influx of asylum seekers, many of whom are also Roma, but from the non-EU members Macedonia and Serbia. Some conservative German politicians blame this for the recent increase in welfare benefits for refugees. But what differentiates these immigrants from those that come from EU countries is that they have little hope of remaining in Germany long-term. Indeed, most are threatened with deportation.

Meanwhile, among those who are allowed to stay -- but absurdly, can't get proper jobs -- crime appears to be on the rise. Police in Duisburg believe there is one particular house where a number of children live who are sent out daily in groups to steal things. According to the state Interior Ministry, break-ins and thefts at cash machines have risen sharply, a development blamed largely on the southern-European immigrants. "We're taking the problem very seriously," says Jäger. "But this problem can't be solved by police alone."

One document from a current investigation against three Romanian women illuminates the trend. "For at least a year, observations in Duisburg (but also nationally) show that Romanian groups (apparently family clans) are committing organized crimes on an alarming scale," it reads. Most of the crimes involve pickpocketing or shoplifting, but there have also been cases of fraud whereby perpetrators pretend to be deaf or disabled while panhandling, then snatch wallets and mobile phones from their distracted victims. Clan leader send out mainly young women on a "regional" basis for these activities.

One of the few organizations that deals with the Roma situation in Duisburg is the Association for Future-Oriented Support (ZOF), which helps immigrant families integrate. One of the group's social workers, Murat Yasar, describes a phone call he recently received, during which a woman begged for help for her 16-year-old niece, who was being physically intimidated by her father into stealing and prostitution. But when help arrived, she was no longer there.

"She was probably brought back to Romania," says Yasar, who hopes that the government will get more involved with immigrants. "If we leave them on their own then they will become the criminals of tomorrow," he says, pointing to Radu and Ilena's four children. "They don't have any other options."

Currently there are hundreds of Roma children in the area who reportedly aren't showing up for school, while those who do rarely speak a word of German.

The fundamental tension between the rich and poor in Europe seems to be crystallizing in Duisburg's Rheinhausen district, where citizens' initiatives have begun collecting signatures against the immigrants because of the trash and noise they create. Romanians have also been attacked, according to a state Interior Ministry document. "Apparently organized bands of thugs were sent out to change the unpopular conditions," says a police commissioner. Officers on the beat have heard statements that were "very off-putting," he says. Roma have complained that they aren't served in shops run by Turkish families, and that their children are regularly beaten up. "If we don't work against this, we'll very quickly have a general debate about foreigners," he adds.

Despite such problems, Radu and Ilena want to stay in Germany. They have already looked at schools for their children, and hope to go from sleeping on a friend's sofa to their own apartment. Then they would feel like they had truly arrived in their new home, they say.