Signs that Germany is taking current terror warnings seriously are everywhere. Heavily armed police are everywhere in the center of Berlin and access to the government quarter is being strictly controlled. Security in other major cities has likewise been strengthened.

German politicians, too, are discussing what might be done to improve security. So far though, the debate has merely revealed yet more fractures in Chancellor Angela Merkel's government.

German Interior Minister Thomas de Maizière, a member of Merkel's Christian Democrats (CDU), has requested a new law allowing for the retention of telecommunications and Internet data for six months. The data, he insists, could provide valuable clues in terror investigations.

Justice Minister Sabine Leutheusser-Schnarrenberger, a member of the business-friendly Free Democrats (FDP), Merkel's junior coalition partner, has, however, categorically ruled out such legislation.

"For the FDP there will be no mass storage of data for months, without good reason," Leutheusser-Schnarrenberger told the southern German daily Augsburger Allgemeine. Her proposal of a law allowing data retention in specific cases, she says, "is the FDP's compromise proposal."

In March, Germany's high court threw out a 2008 law which allowed for the storage of data on telephone calls, text messages and e-mail traffic for a period of six months. The law had originally been passed to bring Germany in line with a European Union directive, but it went too far, the court ruled.

Since then, little progress has been made on drafting a replacement law. Whereas the original law had been passed by a Merkel-led coalition with the center-left Social Democrats, her new partners from the FDP are particularly sensitive about government incursions into the private sphere.

But the new terror threat -- which became acute last week when de Maizière made a public announcement claiming there were "concrete" indications of an impending attack -- has revived the debate.

In parliament on Thursday, CDU justice expert Günter Krings demanded that a law be passed allowing for the retention of telecommunications and Internet data for a minimum of six months. Currently, he said, such data, particularly as relates to flat rates, is only saved "for a few days," he said. De Maizière, who has repeatedly spoken in favor of extended data retention, merely said "our position, my position, is well known."

The regional daily Rheinische Post reported on Friday that de Maizière recently sent a letter to Leutheusser-Schnarrenberger demanding that she drop her resistance to the secret surveillance of suspected terrorists.

"Given the current threat level, I find it indefensible that investigators are denied the required access to areas of highly conspiratorial communication among terror suspects," the letter read, according to the paper. "I would be very grateful to you were the Justice Ministry to reconsider its restrictive stance." 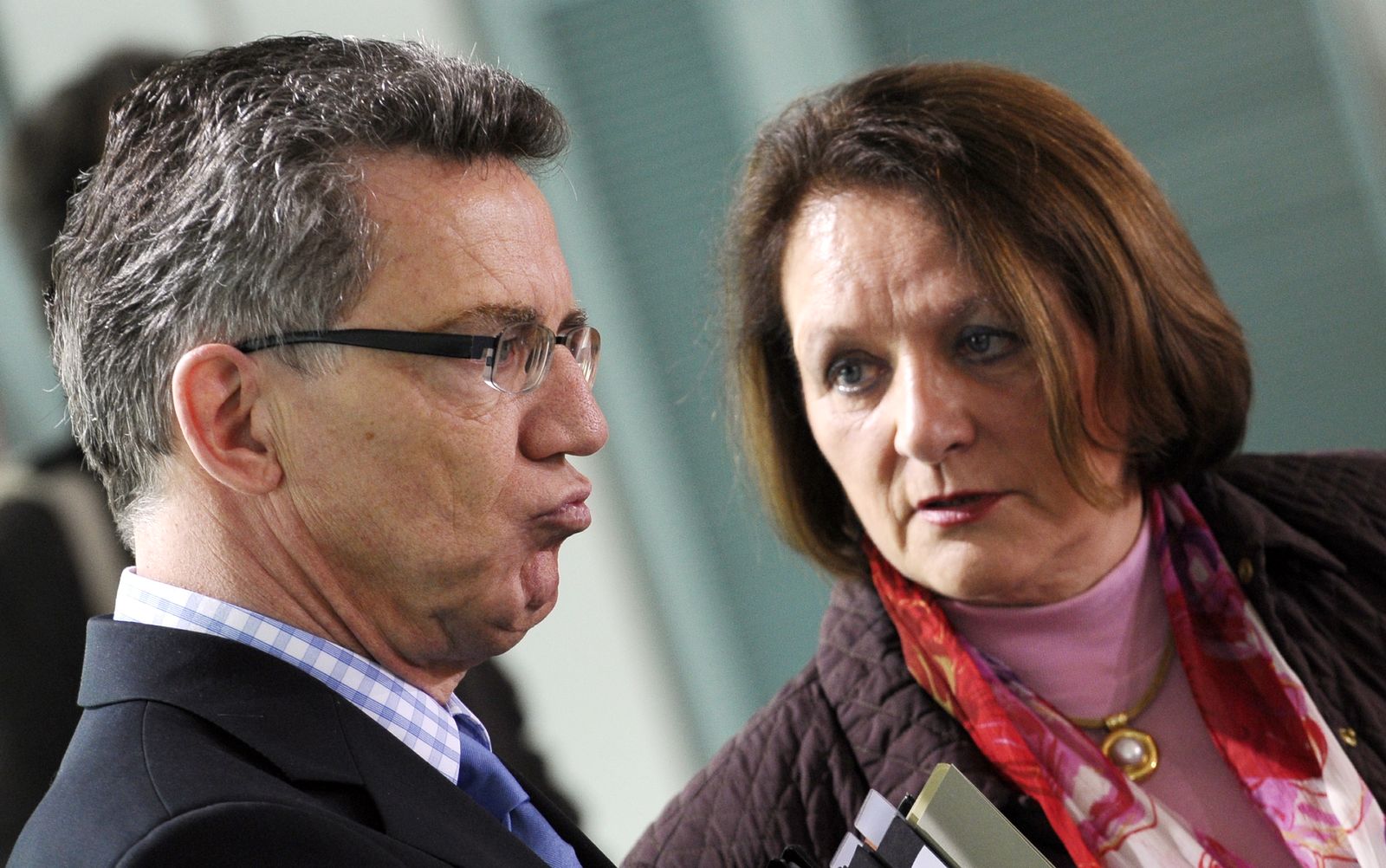