The details surrounding the investigation into construction irregularities on a major new subway line in the populous western German city of Cologne took a disturbing new twist this week. Construction workers confessed that steel rods intended for retaining walls that are part of the tunnel system were sold to scrap-metal dealers. It also emerged that state, fire and transportation officials in the city prepared -- but did not implement -- plans to evacuate parts of the inner city this January.

The details emerged almost a year after the sudden collapse of the Cologne Historical Archive, one of Europe's most important collections -- with documents and artifacts dating as far back as 922. The accident, which killed two people, has been attributed to ground water seeping into the subway construction site beneath the archive. The incident also sparked debates in other European cities, including Amsterdam and Copenhagen, where new subway lines are being built in historical areas with buildings that could be vulnerable to construction.

Security concerns relayed by Cologne's Public Prosecutor's Office on Jan. 26 to Cologne's public transport authority regarding the ongoing expansion of the city's subway system prompted consideration of an evacuation in January.

According to the minutes of a meeting of city officials on Jan. 28, city leaders went so far as to instruct experts to prepare plans for a massive evacuation of Waidmarkt, where the archives were located, and parts of the surrounding area. But the plans were shelved after experts conducted a battery of tests and unanimously determined that fears of additional collapses were unwarranted.

Evacuations Could Have Disrupted Carnival Festivities

On Tuesday, the Cologne Public Prosecutor's Office announced that two construction workers had confessed to stealing steel rods meant to be used in reinforced concrete supporting walls and selling them to scrap-metal dealers. Likewise, after finding measurement results for different sections of such walls that were identical, officials now also suspect that some of them might have been manipulated and that structural analysis documents might have also been falsified. Likewise, they are concerned that some of the supporting walls have not been inserted deep enough in the soil or anchored there in the proper manner.

Investigators are focusing their suspicions on supporting walls at the subway construction sites not only at Waidmarkt, but also at ones near the city hall and Heumarkt.

On Tuesday evening, city officials confirmed a report that originally appeared in the Kölner Stadt-Anzeiger that investigators had determined that reinforced concrete walls at the construction site at the Heumarkt only had 17 percent of the steel rods they were supposed to have.

The evacuation would have surely affected the launch of Carnival, one of Europe's largest and most colorful street festivals, which began on Thursday and culminates with a massive parade through the city on Tuesday that can attract as many as 2 million people. 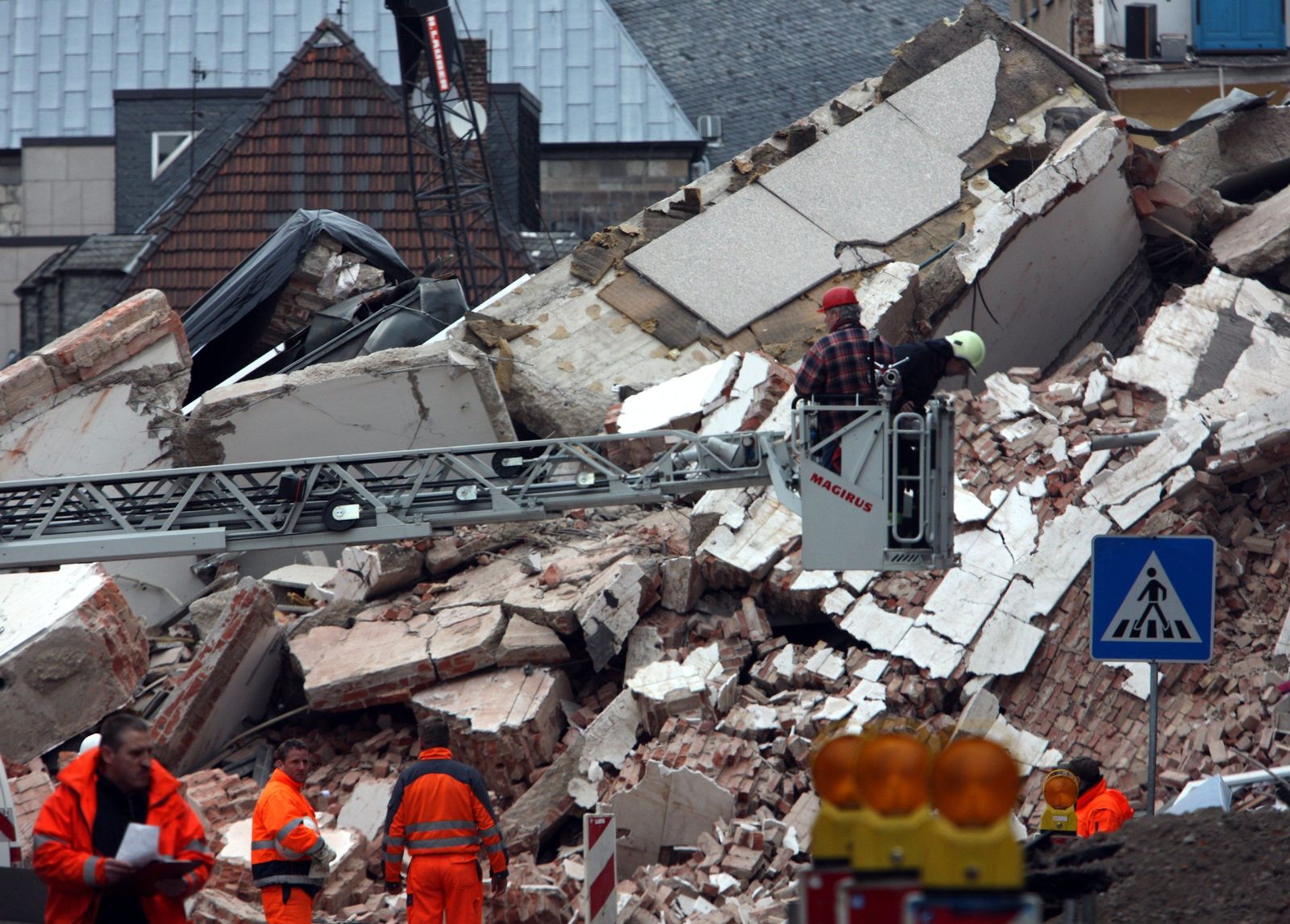