Anders Fogh Rasmussen is a man who attaches a lot of importance to his public image. The Danish secretary general of NATO likes to be filmed while out jogging with his bodyguards in the morning, and he's always bronzed and impeccably dressed.

His term ends in the summer and he is reported to have already compiled a list of achievements in the "Rasmussen era" for presentation to the NATO summit in September. The message will be that Rasmussen has prepared the Western defense alliance for the challenges of the future with a structural reform and a new strategic concept.

Rasmussen wants this modernization to be symbolized by the move into a new headquarters -- away from the aging, Cold War-era concrete complex and into a gigantic palace of steel and glass on the other side of the street in the Brussels suburb of Evere.

But Rasmussen has a problem: The construction project has run into serious financial difficulties, according to documents seen by SPIEGEL. The consortium of firms building it is at risk of insolvency. Rasmussen is aware of the problem but hasn't seen fit yet to inform the public about it, meaning the taxpayers of the 28 NATO member states. At a meeting of NATO's Deputies Committee on December 19, Rasmussen's staff asked that the issue be dealt with "confidentially."

The Committee consists of representatives of all 28 NATO member states. Rasmussen's staff told it that the consortium leader, BAM Alliance, was in serious financial difficulty "resulting from miscalculation and high claims from subcontractors," according to a Dec. 20, 2013 report by Germany's NATO representative office in Brussels. The conclusion was that the project would not be able to stick to the budgeted upper limit of €1.05 billion. Without a fresh injection of capital, construction would come to a halt.

The mood was frosty. Member states had already been skeptical when the consortium won the contract for €460 million in 2010 -- the offer was €210 million below the costs estimated by NATO.

It quickly became clear in the Dec. 19 meeting that there was no question of the project being halted. Many delegates, including the Germans, said they favored providing additional funds. "We pointed to the disastrous effect on the image of the alliance if construction were to stop and if NATO appeared to be incapable of punctually completing a construction project that was decided at the NATO summit of government leaders in April 1999 in Washington," the German ambassador, Martin Erdmann, told Berlin in a confidential cable.

A short-term financial injection of €20 million was regarded as acceptable at the meeting, but it seemed doubtful whether that would be enough. "The risk of a further cost increase is already palpable," Erdmann warned. But these additional costs were the lesser evil, he added. He warned of the costs that would result from a halt to construction given the possible weather damage to the unfinished building, parts of which hadn't been fitted with windows yet.

The committee met again on Jan. 10. NATO project manager Tony Carruth told delegates that the consortium wanted €245 million in additional funding and that completion would probably be delayed by nine-and-a-half months.

"These figures must be approached with caution," NATO staff said in a 13-page report prepared for the meeting.

The ambassadors vented their anger. Germany made clear, the Jan. 13 cable showed, that the additional costs could only be approved if they "don't spell the beginning of further demands on the part of BAM."

The consortium's spokesman told SPIEGEL: ""Several unforeseen circumstances including significantly increased security requirements" by NATO had led to the construction exceeding the initially agreed sum. The spokesman declined to comment on the looming insolvency.

The matter isn't just a problem for Rasmussen, but for Belgian Defense Minister Pieter De Crem as well. With NATO headquarters situated in Belgium, the country's Defense Ministry manages the project. De Crem has aspirations of succeeding Rasmussen. But the problems besetting the new headquarters are unlikely to improve his chances of getting the job. 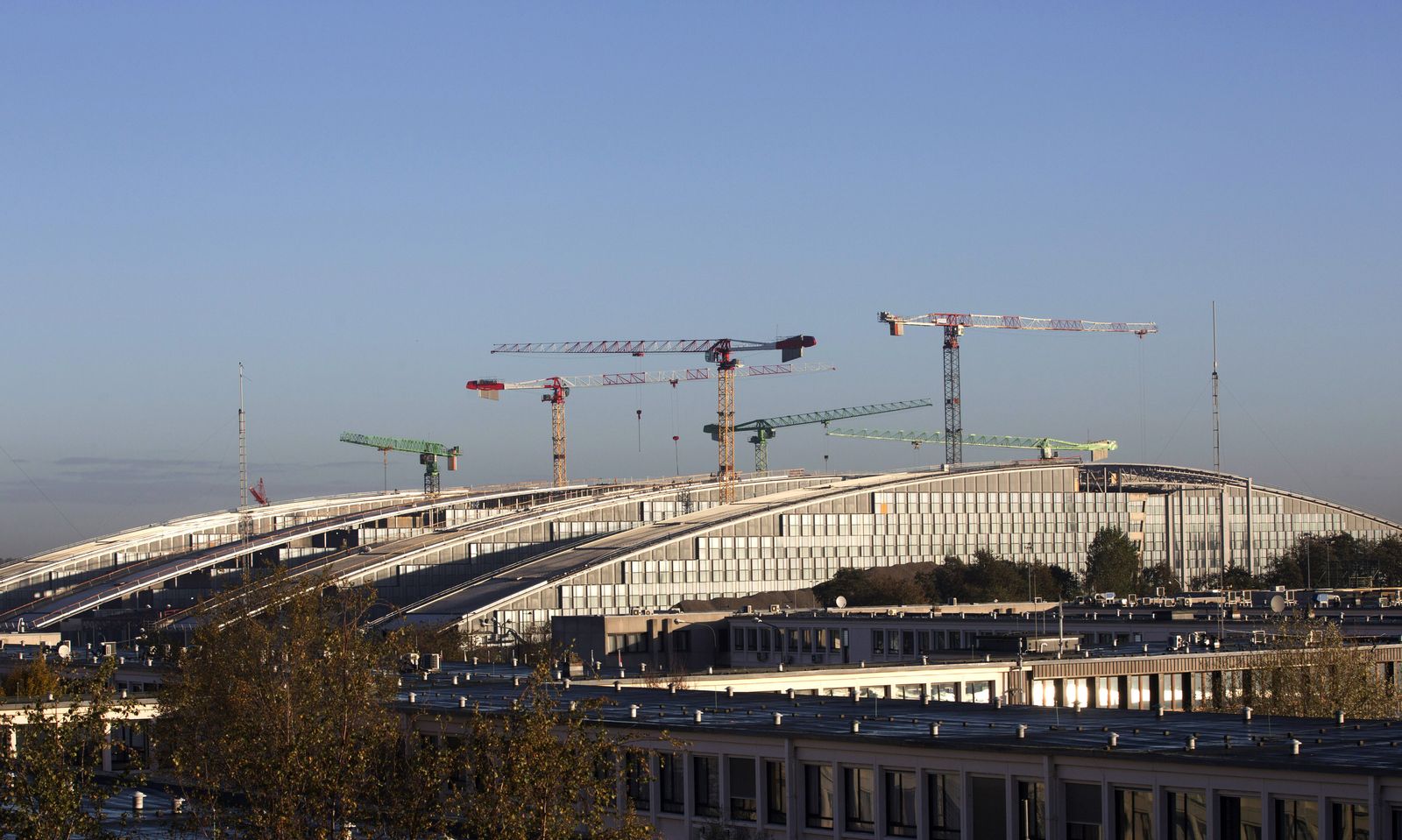 The new NATO headquarters under construction in Brussels.