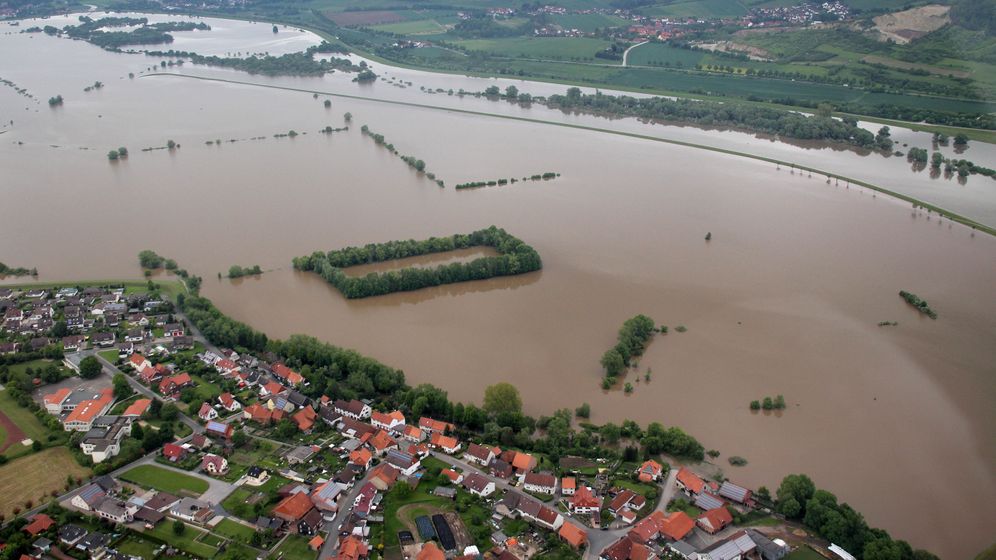 For weeks, rain has been pounding Germany, whose serotonin-sapped residents are straining to hold on to the last vestiges of hope after already having suffered through the darkest winter in over four decades. But, save for a few soon-forgotten days of sunshine, most of Germany's vitamin-D-deprived residents have had to live through endless days of gray drizzle and downpour this spring. Though summer is officially just around the corner, refrains of "Can you believe this (insert expletive) weather?" have given way to silent, knowing looks and forlorn sighs.

Indeed, April showers have only been followed by more showers in May, when 178 percent more rain fell than the year before, according to estimates of Germany's National Meteorological Service (DWD). What's worse, the DWD says that -- except for in a lucky few parts of northwestern Germany -- Mother Nature has no plans to turn off the spigots anytime soon.

The DWD issued extreme weather warnings on Friday for the southern states of Bavaria and Baden-Württemberg as well as regions of Thuringia, Saxony-Anhalt and Hesse, saying that up to 70 liters (18.5 gallons) of rain could fall per square meter (10.7 square feet). The rains could also spread to parts of Hesse and Lower Saxony.

Already for days, areas in the northern state of Lower Saxony have been fighting floods caused by overflowing rivers. A cyclist drowned in the capital city of Hanover on Thursday when she fell while riding on a closed, flooded highway and was washed away by the current. Police reports said that water levels were only slightly receding on Friday.

Similar flooding has been seen in many other German locations, where waters are filling basements, trapping inhabitants, closing small and major roads, and felling trees. "The weakened earth can no longer hold tree roots," said one police spokesman, adding that the rains have caused several landslides that blocked streets.

The culprit behind the current round of misery is a low dubbed "Dominik." On Friday, the depression was east of the Alps and drawing air from the north. The DWD says that a low over Central Europe has been strengthening the weather effects for weeks. As a result, clouds are being pulled over Germany from north to south, where they climb up the Alps, cool off and then dump heavy rain. Although the pattern is not atypical, the DWD says, it usually doesn't last for weeks.

Between early Saturday and early Sunday, meteorologists are expecting to see up to 100 more liters of rain per square meter in the Alps. In certain spots of heavy congestion, this could even rise to 150 liters per square meter -- or more than typically falls in an entire month.

In fact, the DWD says that, from Germany's northern coastlines to the Alps, the earth is wetter than it has been in 50 years. This broad swath of muddy soil is causing major problems for the agricultural industry, the DWD reports, making it impossible to drive on 40 percent of fields, use machinery or spray against pests, diseases, molds or weeds.

Vegetable growers are getting the worst of it. In some fields of Lower Saxony, the water almost completely hides the raised rows of dirt in which the country's beloved asparagus is grown. The waters could also severely damage the upcoming harvest of early potatoes. "Even if they haven't already rotted in the ground, now you can't harvest them," said a DWD spokesman.

The only good news on the immediate horizon seems to be for northwestern Germany, an area not particularly known for dry weather or blue skies. For the weekend, the DWD forecasts much sunnier weather there than in the rest of Germany. But at least the DWD says that things could warm up throughout Germany beginning in the middle of next week, when temperatures may climb to 20 degrees Celsius (68 degrees Fahrenheit).