Guido Westerwelle is used to adversity. For years the German foreign minister has ranked low in opinion polls, his policies raising eyebrows even among fellow party members. Westerwelle has fought just to stay in office for the rest of this legislative period, but since last Tuesday, even these chances of this have dwindled.

That day Westerwelle, a member of the business-friendly Free Democratic Party (FDP), paid a visit to their parliamentary foreign policy working group. It should have been a meeting of friends, but the atmosphere was anything but friendly. These members of the Bundestag, Germany's parliament, had learned that the Federal Security Council had approved the sale of more than 200 model 2A7+ Leopard tanks to Saudi Arabia.

The FDP politicians wanted answers. Rainer Stinner, the party's foreign policy spokesman in parliament, addressed Westerwelle directly. The Security Council must have very good reasons for selling tanks to a country such as Saudi Arabia, Stinner said, and he'd like to hear those reasons.

But the foreign minister declined to disclose any information. Federal Security Council meetings are secret, Westerwelle demurred. The foreign minister then offered a brief presentation of his position on the political situation in the Middle East before lapsing into a rather telling silence.

Confirming nothing, denying nothing and hoping the whole thing will just blow over -- this has been the German government's approach as it attempts to ignore the SPIEGEL report that shocked the country last Monday. For days Berlin has been discussing the controversial billion-euro Saudi deal, but last Monday, the Chancellery issued just one directive to parliamentary leadership of the governing Christian Democratic Union (CDU) and their junior coalition partner, the FDP: "Defuse the situation." 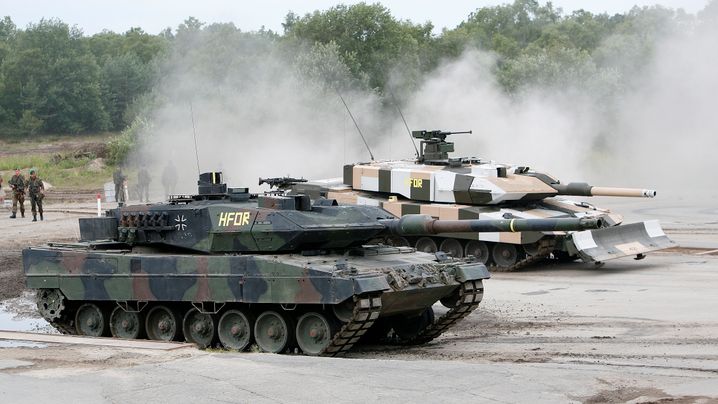 That will be a difficult goal to achieve. The communications disaster over the tank deal is fueling anger from within the CDU-FDP coalition, directed at the parties' own leaders. Some party members complain that the government can no longer manage to keep even the most classified agreements secret, while others are outraged by the callous way Chancellor Angela Merkel's cabinet has flouted its own guidelines on limiting arms proliferation and supporting the democratic movement in the Arab world. "This arms deal must be halted," declared former Defense Minister Volker Rühe of the CDU.

This represents not only a new and embarrassing mistake on the government's part, but also a fundamental about-face in Germany's arms policy. Because the country's armed forces, the Bundeswehr, will need fewer weapons now that they are making the shift from a conscripted army to an all-volunteer force, the government is making a concerted effort to encourage arms exports. The German cabinet is turning into a sales agency.

When Merkel travels to India, she comes across more like a marketing director for the European aerospace and defense corporation EADS. The Federal Security Council has also signed off on a series of questionable arms deals.

Two weeks ago, for example, as ministers were putting their stamp of approval on the tank deal with Saudi Arabia, they also cleared a second, no less dubious arms deal -- supplying the authoritarian regime in Algeria with German frigates, armored personnel carriers and border security systems worth some €10 billion ($14 billion).

In her eagerness to support the German defense industry, Merkel is breaking with a traditional doctrine of German foreign policy. The fundamental principle used to be that weapons produced in Germany couldn't be delivered to countries engaged in a conflict. Now, the government is justifying its deals with strategic arguments, saying the government in Riyadh is needed as a stabilizing force in the Middle East.

Similar Deals in Other Coalitions

But the problem is that the German government failed to inform the public or even its own members about this policy change. CDU and FDP members of parliament still have Merkel's dramatic words from May about the Arab revolutions ringing in their ears. "Europe has a historic obligation to stand by the people who are taking to the streets in North Africa and parts of the Arab world for the sake of freedom and self-determination," the chancellor said then.

Now, opposition politicians aren't the only ones asking just how the tank deal fits in with that declaration. These modern "Leopard" tanks are refitted for combating insurgents, with front-end shovel attachment and "non-lethal weapons," as the manufacturer describes them. After all, it isn't always necessary to shoot demonstrators right away.

Just weeks ago, the Saudi government helped rulers in neighboring Bahrain to violently suppress protests there. Given this background, Erika Steinbach, the CDU's human rights spokeswoman in parliament, says she has major misgivings as to whether it would be right to deliver the tanks.

Former Defense Minister Rühe is also of the opinion that Saudi Arabia should be stabilized "not with German tanks, but only through drastic reforms." Germany, he adds, should be careful not to find itself "on the wrong side of history again."

The current CDU-FDP coalition is not the first German administration to deliver arms to Saudi Arabia. A coalition of Social Democrats (SPD) and Greens under Chancellor Gerhard Schröder approved the export of weapons worth €260 million to Riyadh. Arms deals carried out by the subsequent government, a grand coalition of CDU and SPD, amounted to €440 million. In other words, the current opposition's indignation over this particular deal is somewhat hypocritical.

Still, this latest tank deal overshadows everything that came before. And no other administration has so blatantly taken on the role of sales representative for the German defense industry. It's very clearly in Germany's interest "to offer our employees in the defense industry long-term prospects," says economics expert Joachim Pfeiffer, the man the CDU has dispatched, in a telling move, as its main spokesperson in the parliamentary debate over the tank deal.

Not all members of the coalition agree. After all, the specifications concerning exports still hold for the current government. "This doesn't conform to the guidelines," Ruprecht Polenz, chairman of the foreign affairs committee in the Bundestag, told CDU parliamentary group leaders last Tuesday. "We can't deliver weapons to conflict areas, or countries that disregard human rights." Both of these factors, Polenz said, were "definitely" true of Saudi Arabia.

Polenz was backed up by Bundestag President Norbert Lammert and other CDU parliamentarians. "It isn't right for us, as a Christian democratic party, to arm a country with an unjust government that is working against the freedom movements in Arab countries," said Erich Fritz, who specializes in foreign affairs.

Government leaders see the matter differently. Of course Saudi Arabia is a highly problematic partner, they admit, but the Saudi government plays an important role in mediating the Israeli-Palestinian conflict, and is a key ally in the fight against terrorism.

But most importantly, according to the new argument, the country will be needed in the conflict with Iran. As soon as Tehran has a nuclear bomb, says one high-ranking member of the German government, it will have the deterrence potential necessary to attack neighboring Arab states, and perhaps even Israel, using conventional armed forces. This, German leaders say, is why Tel Aviv didn't object to the deal.

According to this logic, Germany is heavily arming one side of an impending war. No wonder many members of parliament are worried. Saudi Arabia is certainly an important partner in the region, CDU and FDP politicians say, but that doesn't explain why it's necessary to provide this partner with more than 200 battle tanks, particularly ones designed for fighting insurgents.

This chaotic debate is especially damaging for Westerwelle. Not only did the foreign minister lend especially vocal support to democratic reforms in Arab countries, he also has made disarmament and human rights his major issues.

Just this June, Westerwelle issued a statement together with foreign ministers from eight other countries outlining an initiative for the nonproliferation and disarmament of nuclear weapons. He also plans to travel on Wednesday to the United Nations Security Council, whose presidency Germany holds this month. Disarmament will be among the main topics he promotes there.

In March, the foreign minister told the Bundestag he wanted to lend as much support as possible to the democratic movements in North Africa and the Arab world. People in Bahrain too had the right "to stand up for their freedom, and the freedom to demonstrate and express their opinions," he said. Delivering tanks to an autocratic regime that crushed those very same protests doesn't fit in well with the minister's previous statements. Westerwelle's avowals of the importance of freedom are starting to seem hollow.

Many in the CDU and FDP also see a contradiction. They want more openness, and to hear their government's arguments for the tank deal. "I have no idea what I should say when people in my electoral district ask questions," says one FDP parliamentarian.

Merkel and her ministers, though, are reacting as if they themselves were ensconced in a tank, hunting for the mole within their ranks and hiding behind the maxim that Federal Security Council meetings are secret. This last point is true, but there's nothing stopping the chancellor from lifting the policy of secrecy.

According to Joachim Wieland, a constitutional law professor in the city of Speyer, "Security Council decisions and even the rationales behind them aren't subject to secrecy of deliberations." The same principle applies here as with verdicts in court, Wieland says: Only the deliberations and individual votes are secret. "Only the process of forming the opinion is protected," he says.

This explains why the government is under fire for its strategy of keeping quiet. Hans-Christian Ströbele, a Green Party member of parliament, may take the matter to Germany's Federal Constitutional Court to force the administration to release information. Wieland believes Ströbele would have a good chance of winning the case. "The Federal Constitutional Court ruled in the 1980s that, in principle, there is no secrecy when it comes to parliament," the lawyer explains.

Former Development Minister Heidemarie Wieczorek-Zeul is counting on the same thing. Wieczorek-Zeul, a member of the center-left Social Democrats (SPD), spent 11 years on the Federal Security Council and often voted against export deals. This spring, she introduced a motion in the Bundestag calling for authorization processes to be reformed. "Arms exports need to be discussed in parliament, not behind closed doors," she says.

During his time in office, Chancellor Gerhard Schröder demonstrated that it was possible to do such things without jeopardizing German interests. When the September 11, 2001, terrorist attacks occurred, the Federal Security Council met that same evening. The next morning, the chancellor informed parliament that the council had "taken additional measures" to protect the public and that these concerned "air space security," as well as "protecting American and other particular institutions." 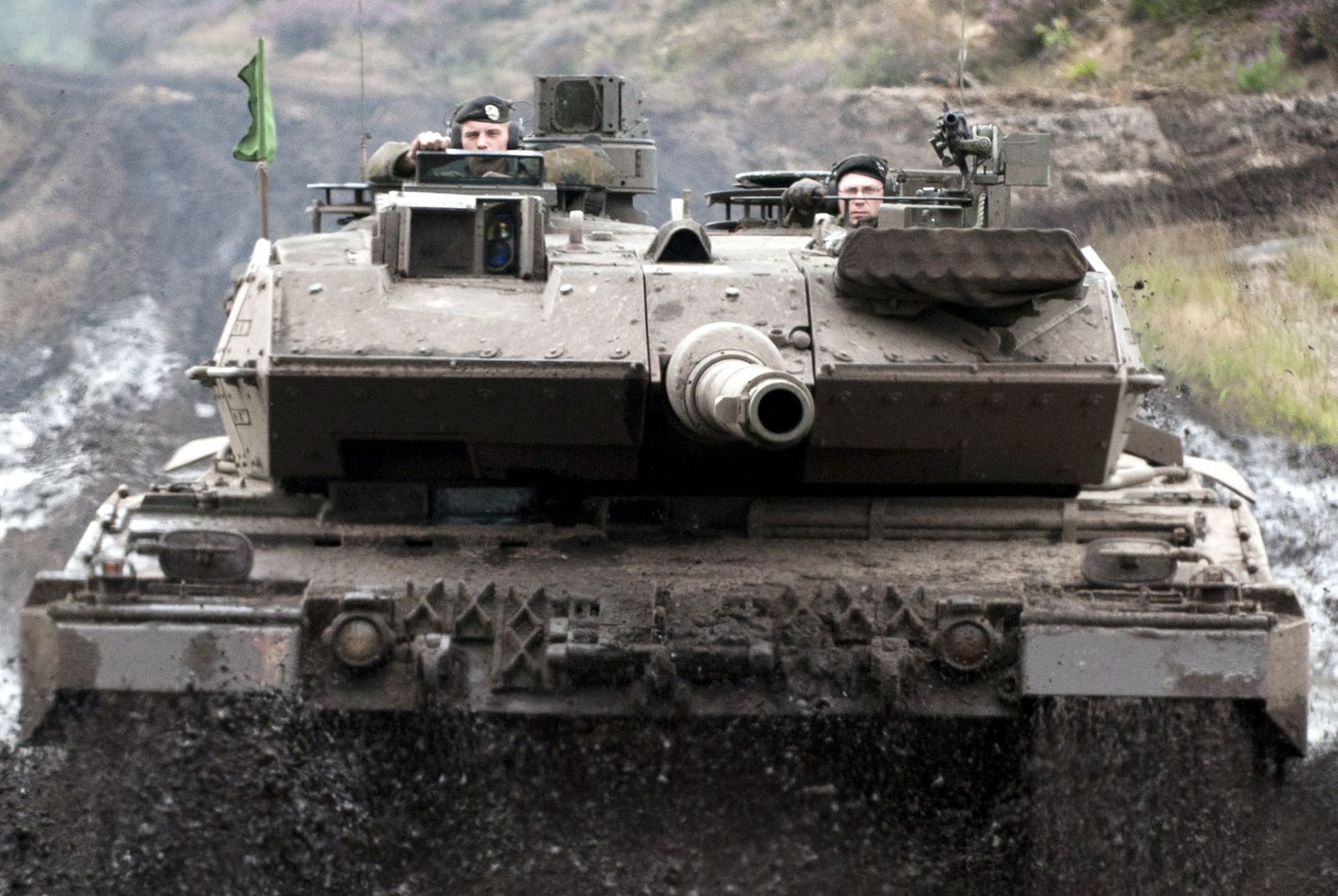 The plan to sell Leopard tanks to Saudi Arabia reveals a focus for German arms trading. 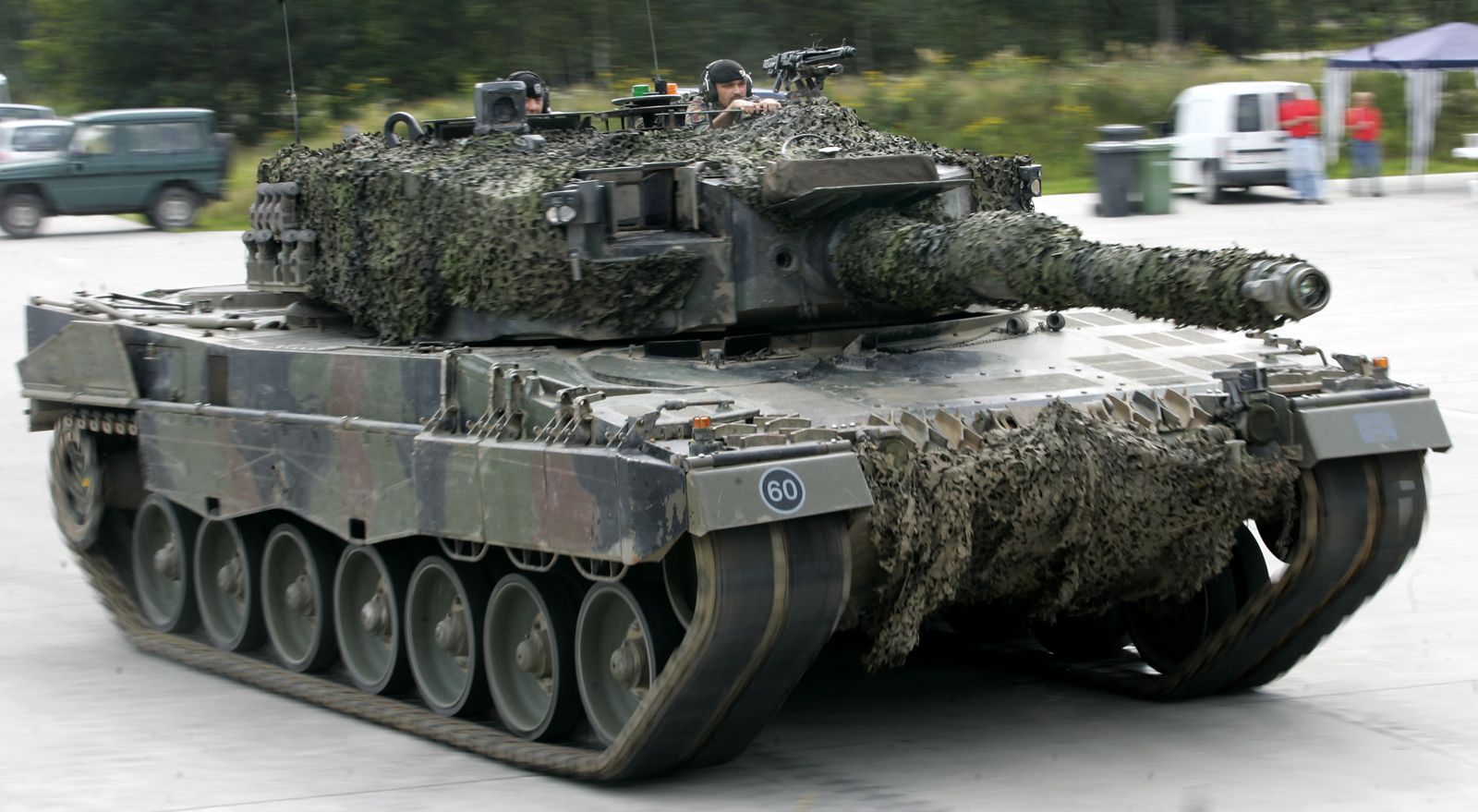 The "Leopard" is used by the German militiary and many armies around the world.