He's drawn criticism for his lavish lifestyle and cost overruns on his luxurious new residence, and now the Bishop of Limburg in Germany faces penal measures in a court case against SPIEGEL.

Prosecutors claim he made false statements in affidavits submitted in two civil claims against the magazine after it accused the cleric of flying first class during a trip to visit the poor in India. Prosecutors have since determined the statements he made were false and have now called for punitive measures, possibly including fines.

The decision comes just days after Bishop Franz-Peter Tebartz-van Elst was forced to admit earlier this week that the total price on his new bishop's headquarters in Limburg, in the western state of Hesse, had risen to a whopping €31 million ($41.9 million).

Earlier this week, Hubertus Janssen, a retired Limburg priest who has remained close to the congregation, called on 53-year-old Tebartz-van Elst to step down, warning that the bishop had become a burden to Limburg and possibly to the Catholic Church. Priests and members of the church alike have been outraged by Tebartz-van Elst and his involvement in the lavish new bishop's headquarters. The building, located adjacent to the city's cathedral, was initially supposed to cost €2 million. Then, partly as the result of special requests made by Tebartz-van Elst, costs ballooned to €5 million. The cost of the bishop's three and a half room apartment within the complex alone reached a cost of €2 million. The local Nassausische Neue Presse sparked further outrage on Wednesday when it reported that the bishop's bathtub alone came at a cost of some €15,000.

'I Don't Need a Grandiose Lifestyle'

On Wednesday, the mass-circulation Bild newspaper quoted Tebartz-van Elst defending the cost overruns. "I can understand how a figure like that might scare people," he said. But he also pointed to the sustainable construction measures used for the diocesan headquarters and also noted that officials had sought to list the building as historically important -- an application that has already been rejected by state authorities. "Those who know me, know that I don't need any kind of grandiose lifestyle," Tebartz-van Elst said, responding to his critics. But past reporting on the bishop suggests otherwise.

For many critics, it is clear that Tebartz-van Elst is indeed the man responsible for allowing costs to get out of control. Jochen Riebel, the spokesperson for the diocesan finance council, told a local radio station that the bishop had been partly responsible for the cost overruns with his constant changes to the planning, "which led to considerable additional costs."

He also claimed that Tebartz-van Elst didn't present information about the budget or individual projects for 2012 or 2013, despite multiple requests and his obligation to do so. "The only way I can explain it is that the Bishop of Limburg is either a sophisticated deceiver or that he's just plain sick," Riebel told the Frankfurter Allgemeine Zeitung newspaper.

'I Carry the Responsibility'

Tebartz-van Elst responded by saying, "As bishop, I carry the responsibility." He added, however, that the diocesan finance council had been closely involved in the project since early 2011. "But I don't want to shift responsibility to others," he said.

The bishop is highly controversial as a result of his almost authoritarian leadership style, and a growing number of church members are calling for his resignation. Even the priests on his own Diocesan Synod say they have lost trust in him. So far, Tebartz-van Elst doesn't seem prepared to step down, though. "Many church members know very well that there's a difference between the mistakes that were actually made and that which the media has made out of them," he said.

A commission set up by the governing body of the Catholic Church in Germany is expected to investigate the cost overruns in Limburg, but it has not yet set a date for delivering its conclusions. "People should wait until this review before they make snap judgements against me," Tebartz-van Elst said.

The cost overruns are a significant scandal for the Catholic Church in Germany, even though the new headquarters has been funded from the diocese's own assets. Many fear that Tebartz-van Elst's excesses are driving members away from the church. 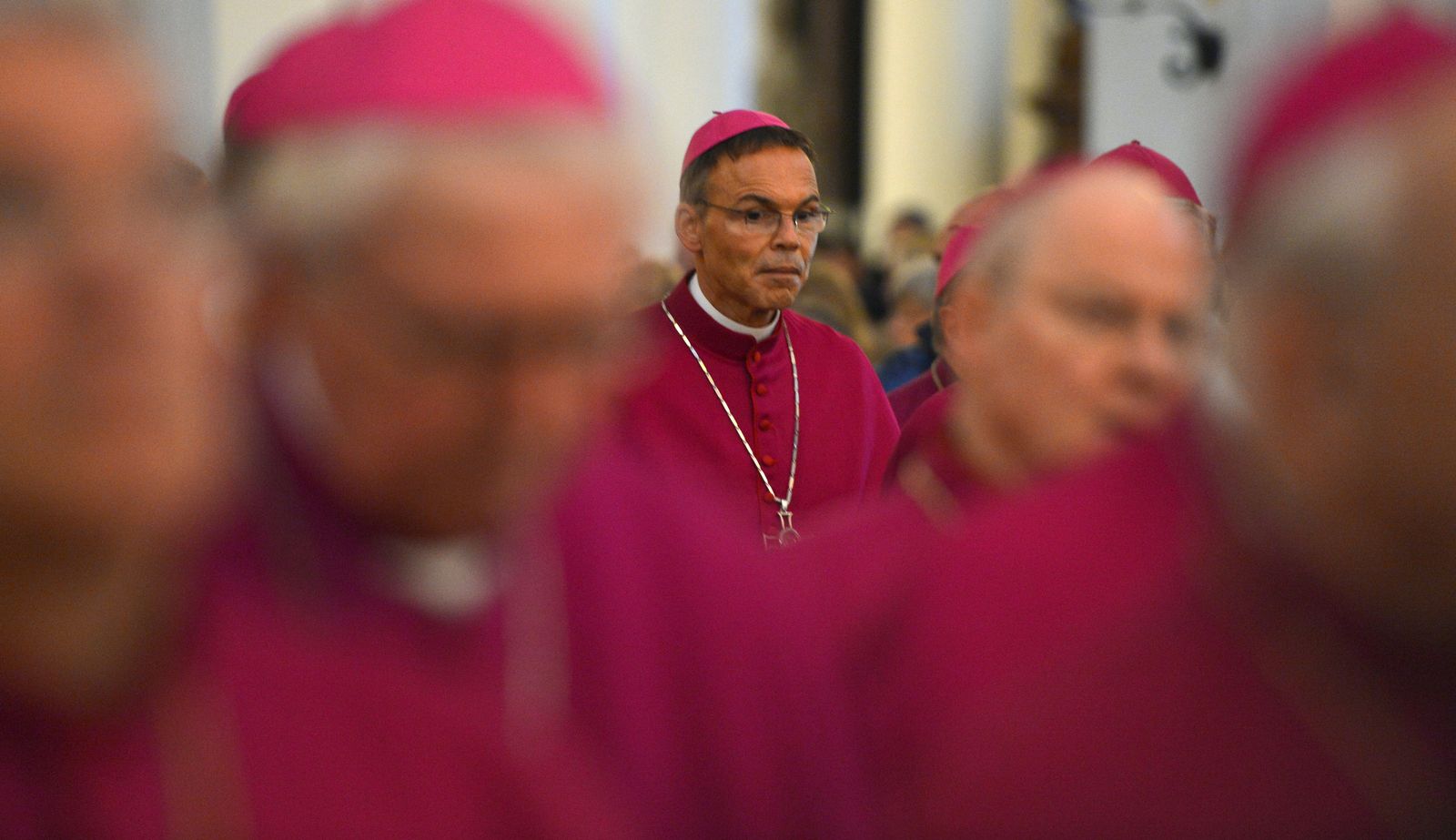 German Bishop Franz-Peter Tebartz-van Elst is at the center of a Catholic Church scandal in Germany.