It's an unusual drilling facility that stands on the outskirts of Ketzin, a town in the eastern German state of Brandenburg. Instead of pumping something out of the ground, it is forcing something into the earth.

That something is carbon dioxide. The scientists with the Potsdam-based German Research Center for Geosciences are injecting the gas into porous sandstone 650 meters (2,100 feet) beneath the surface. "We are making excellent progress," says project director Michael Kühn, adding that their efforts have been "very successful."

Kühn is searching for new insights that could be of value for the development of carbon capture and storage (CCS) technology. The method is to be used to capture and store the greenhouse gas CO2 in the future. In terms of the technology, science and industry see CCS as having great potential for reducing the emissions problem, not today or tomorrow but in a few years. Politically speaking, however, CCS could already have become history last week.

That was when the German government unveiled its long overdue bill on the testing of CO2 storage sites -- and in one fell swoop managed to rob a highly promising technology of its prospects before it was even properly tested.

That's because the bill has been substantially weakened by an addendum that allows the German states to decide whether to participate. It is clear that the northern states of Schleswig-Holstein and Lower Saxony will now continue to resist the technology. Although geological conditions in the North German Basin are favorable for CO2 storage, this is precisely where portions of the population are adamantly opposed to the plan and have the support of state governors. Residents fear that the carbon dioxide could leak out, and they remain unimpressed by the fact that underground natural gas reservoirs have been used as reserves for decades and never posed a problem.

But it is also clear that Matthias Platzeck, the center-left Social Democratic governor of Brandenburg, is in a bind. Despite local opposition, he courageously supported CCS projects like the one in Ketzin and the Schwarze Pumpe pilot facility operated by electric utility Vattenfall in the town of Spremberg. Of course, Platzeck doesn't want to be the only governor far and wide to stand by the unpopular technology while his counterparts in other states stay out of the conflict. "Brandenburg alone will not save the world's climate," he notes ruefully.

Industry and the scientific community are now equally appalled by the unfortunate amendment to the law. It will "tend to prevent us from finally being able to demonstrate the technology in a large-scale industrial application," says Klaus von Trotha of IZ Klima, an industrial association that lobbies for the use of CCS. Felix Matthes, an energy expert with the Institute for Applied Ecology in Berlin, calls the veto that the bill gives to the states a "serious setback for climate protection."

One of the reasons is that coal is still the most important source of energy in Germany. The fossil fuel is used to produce more than 40 percent of German electricity -- at the cost of higher emissions. With CCS, the industry could at least reduce those emissions to some extent. The certificates companies are required to buy for each ton of CO2 they emit are expected to become more and more expensive. For this reason, they have a vital economic interest in the introduction of CCS technology.

Eliminating the CCS option would affect the steel industry in particular. Its energy-intensive production process requires coking coal, for which there is no substitute. Without CCS, a massive reduction in emissions becomes impossible for these industries. "In the long term, this is the kiss of death for the German steel industry," says Matthes.

CCS critics, however, point to a number of unresolved problems. For one, the amount of storage space in Germany is limited. Coal-fired power plants emit about 350 million tons of CO2 a year. But according to estimates by the Federal Institute for Geosciences and Natural Resources (BGR), the potential storage sites have a capacity of only about 50 to 75 million tons a year. One solution is to export the greenhouse gas to places like the North Sea, where old oil and gas fields could be used for carbon storage.

Another obstacle is of a physical nature. Because of the high expenditure of energy involved, power plants lose about 10 percent of their efficiency when capturing carbon dioxide. In other words, the plant's operators must burn even more coal to generate the same amount of energy.

The question of costs has also dampened enthusiasm for CCS technology. The consultancy firm McKinsey estimates the cost of storage at about €30 to €50 per ton of CO2 emissions avoided. At the moment it would be cheaper for companies to buy emissions certificates, which have a current market price of around €16 per ton.

The installation of state-of-the-art filtration technology into power plants is what makes CCS so expensive at the moment. A cost that is far less significant is that of developing infrastructure to transport the gas through pipelines from the heavily populated Rhine and Ruhr River regions to the repositories in the North German Basin. According to McKinsey's figures, that will make up only a tenth of total costs. But securing the permits to install the pipelines through several states is likely to present a bigger hurdle.

"We are just at the beginning of the road," says BGR expert Peter Gerling, referring to the potential of CCS. But because coal will still play an important part in Germany's energy mix for many years to come, Gerling adds, there is no alternative to developing the technology. "If we (Germans) can't even do it," he asks, "how are we supposed to convince the emerging economies?"

In China, where a new coal power plant goes into operation every week, the demand would in fact be even greater. For German companies, traditionally known for their high-quality engineering and energy technology, CCS technology could become an important export.

But in the light of the new bill, industry's interest in the technology is likely to fade considerably, even if it is not admitting defeat just yet. Nothing has changed when it comes to its plan to build a CCS demonstration plant in Jänschwalde near Berlin, say officials at Vattenfall. "We haven't heard the last of it," they add, noting that the two houses of the German parliament, the Bundestag and the Bundesrat, must first approve the bill.

Meanwhile, the project in Ketzin is still underway. Despite the debate, its progress is not in jeopardy, says project director Michael Kühn, noting that there are valid permits for the project. "We must continue our research." 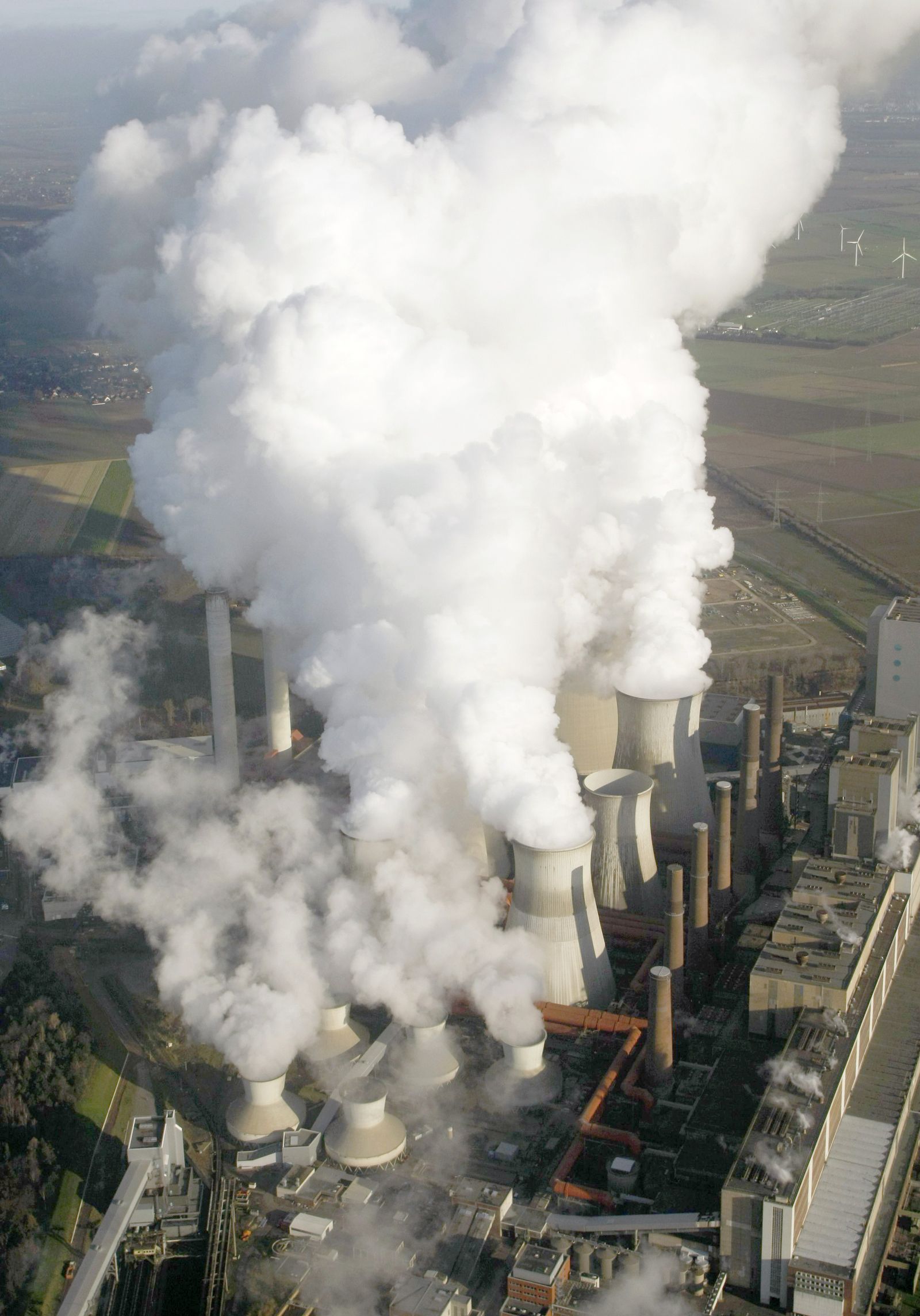 A coal-fired power station in the German town of Neurath. The German energy industry was hoping that CCS could be the way forward.