German President Horst Köhler announced his resignation on Monday in response to fierce criticism of comments he made about Germany's military mission in Afghanistan.

"I declare my resignation from the office of president -- with immediate effect," Köhler, with tears in his eyes and speaking in a faltering voice, said in a statement, flanked by his wife Eva-Luise.

The president is the head of state and his duties are largely ceremonial. But the resignation is the latest in a string of setbacks for Chancellor Angela Merkel since her re-election last September. The German federal assembly -- made up of parliamentary MPs and delegates appointed by the country's 16 federal states -- will have to vote for a successor to Köhler within 30 days, according to the federal constitution.

The president had become the target of intense criticism following remarks he made during a surprise visit to soldiers of the Bundeswehr German army in Afghanistan on May 22. In an interview with a German radio reporter who accompanied him on the trip, he seemed to justify his country's military missions abroad with the need to protect economic interests.

It sounded as though Köhler was justifying wars for the sake of economic interests, in the context of the Afghan mission which is highly controversial in Germany and throughout Europe.

'The Criticism Lacks the Necessary Respect for My Office'

In his statement on Monday, Köhler said: "My comments about foreign missions by the Bundeswehr on May 22 this year met with heavy criticism. I regret that my comments led to misunderstandings in a question so important and difficult for our nation. But the criticism has gone as far as to accuse me of supporting Bundeswehr missions that are not covered by the constitution. This criticism is devoid of any justification. It lacks the necessary respect for my office."

German Chancellor Angela Merkel said Köhler had informed her of his decision at midday on Monday, just two hours before he announced it. "I tried to change his mind, unfortunately that didn't succeed and that is why I say I regret this resignation very deeply," she told reporters in a short briefing. "I think the German public will be very sad about this resignation because Horst Köhler was a president of the people, of the citizens in Germany."

"He was an important advisor especially in the economic and financial crisis with his big international experience and I will miss his advice in the future."

The mayor of the northern city state of Bremen, Jens Böhrnsen, will take over from Köhler as interim head of state until a new president is elected. Under the constitution, Böhrnsen assumes the position in his capacity as president of the Bundesrat, the upper house of parliament.

Köhler became president in 2004 and was elected for a second five-year term in 2009. The former head of the International Monetary Fund was the first non-politician to become German head of state. He is a member of Merkel's conservative Christian Democrats and was nominated for the presidency by the CDU with the backing of their coalition partners, the pro-business Free Democrats.

He won praise during his first term for making a series of strong speeches urging Germany to reform its economy, and his apparent independence from the government prompted mass circulation Bild newspaper to dub him "Super Horst."

But he surprised commentators in recent months by appearing to stay on the sidelines in the euro crisis. The resignation a few weeks ago of his press spokesman Martin Kothé exposed Köhler's weaknesses in public speaking to such an extent that members of his staff were likening him to former president Heinrich Lübke, who was notoriously prone to embarrassing gaffes.

Insiders say Köhler was hurt by the lack of support from Merkel and members of her government during the furore surrounding his comments about Afghanistan. Merkel's response to his resgination on Monday was noticeably curt and she devoted most of the briefing to talking about the killings by Israeli forces of activists aboard a flotilla of Gaza-bound aid ships.

Finding a successor to Köhler will pose a headache for Merkel, whose popularity has slumped in recent months. She has been hit by criticism of her handling of the euro crisis and by the loss of a center-right majority in the upper house following sharp declines for her CDU in a state election in North Rhine-Westphalia, Germany's most populous state, on May 9.

A further blow came last week with the resignation of CDU heavyweight Roland Koch, the governor of Hesse, a conservative hardliner whose departure has left a big gap in the right wing of her party. 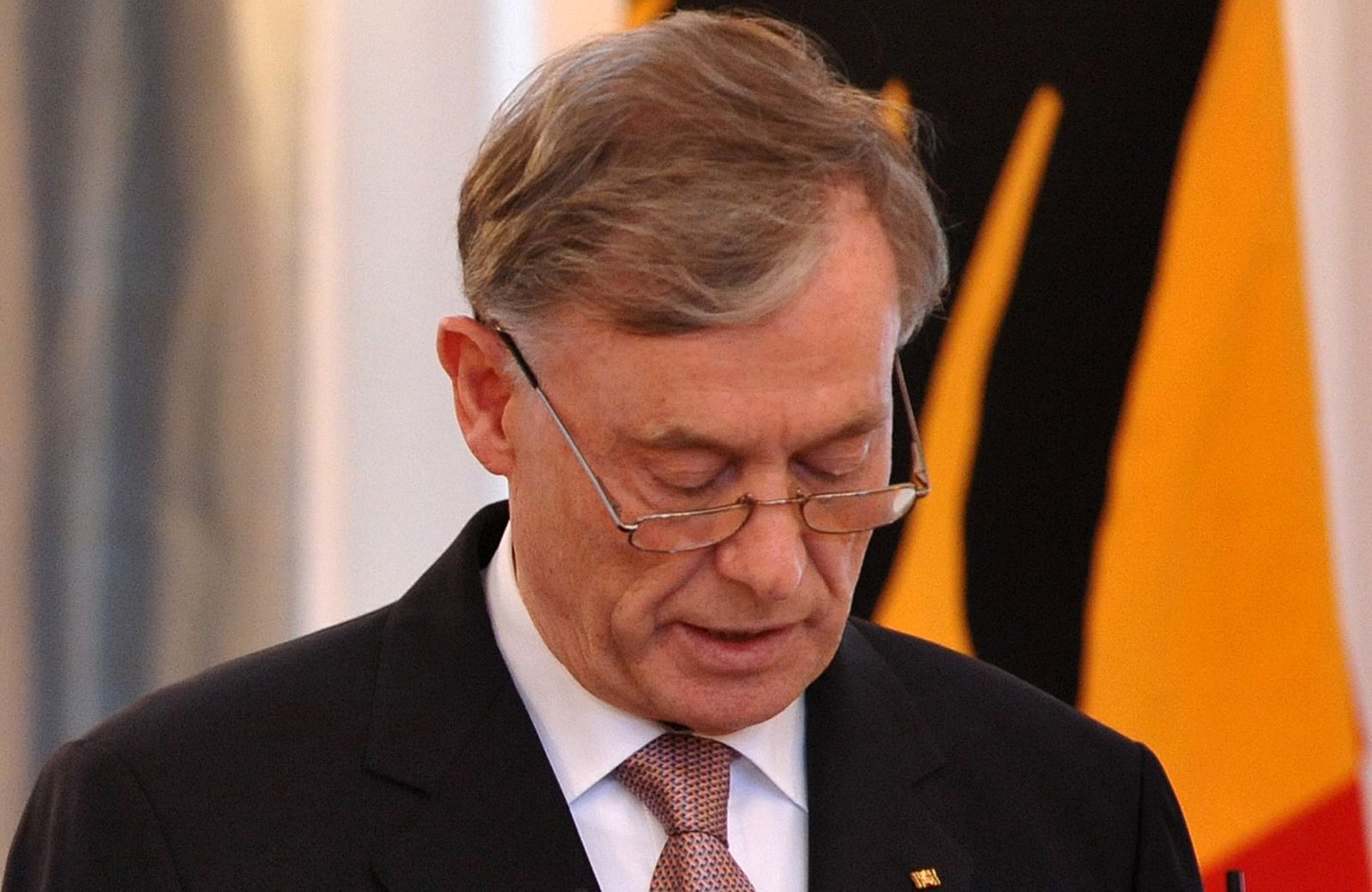