For tourists to Munich, it's a standard combination. First, a visit to the Dachau Concentration Camp Memorial Site, to learn about the vast crimes perpetrated by the Nazis under Adolf Hitler. Afterwards, a trip to the famous Hofbräuhaus beer hall to listen to oompah-pah music while downing a few liters of brew. Horror followed by hilarity: For travellers on a schedule, such an itinerary can almost be excused.

But for a German chancellor? Some in Germany aren't so sure on Tuesday as Angela Merkel prepares to follow up a tour of the former concentration camp by attending a campaign event for Bavarian conservatives in a beer tent. Even worse, it comes as part of Merkel's whistle-stop campaign trip through Germany as she seeks re-election.

"If you are serious about remembrance at such a horrific site, you certainly don't make such a visit during a campaign," Renate Künast, parliamentary floor leader for the Green Party, told the daily Leipziger Volkszeitung. She went on to call it "tasteless and an unacceptable combination."

Künast was seconded by the editor-in-chief of the influential Süddeutsche Zeitung, Kurt Kister. "It isn't particularly wise for the chancellor to visit the memorial site essentially on the sidelines of a campaign appearance in a beer tent," he writes on Tuesday. "The visit obtains a bitter aftertaste that is unnecessary."

Still, as Kister himself notes, it is the first ever visit by a German chancellor to the Dachau memorial site. While German leaders have made a habit of staging symbolic visits to other concentration and death camps, Dachau was never on the list until then German President Horst Köhler went there in 2010. As such, Merkel's stopover there can be seen as a symbolic act that is long overdue.

That, at least, is how the Central Council of Jews in Germany is choosing to interpret the event. "Ms. Merkel's visit is the first ever by a chancellor to the concentration camp memorial at Dachau," Dieter Graumann, head of the Central Council, told SPIEGEL ONLINE. "As such, the chancellor is sending a signal that the horror didn't just take place in the east, but rather right amongst us in Germany. It is good that she is going there."

He added that he didn't want to complain about her beer tent appearance, made to boost the Christian Social Union, the Bavarian sister party to her Christian Democratic Union. "If the chancellor had only gone to the campaign event near Dachau, she would have been criticized for not visiting the concentration camp memorial," he said.

Dachau was one of the first concentration camps established in Germany, with the first prisoners arriving there in 1933. Ultimately, some 200,000 people were interred either at the main camp or at one of its numerous satellite camps. Some 41,500 people died in the Dachau camp. 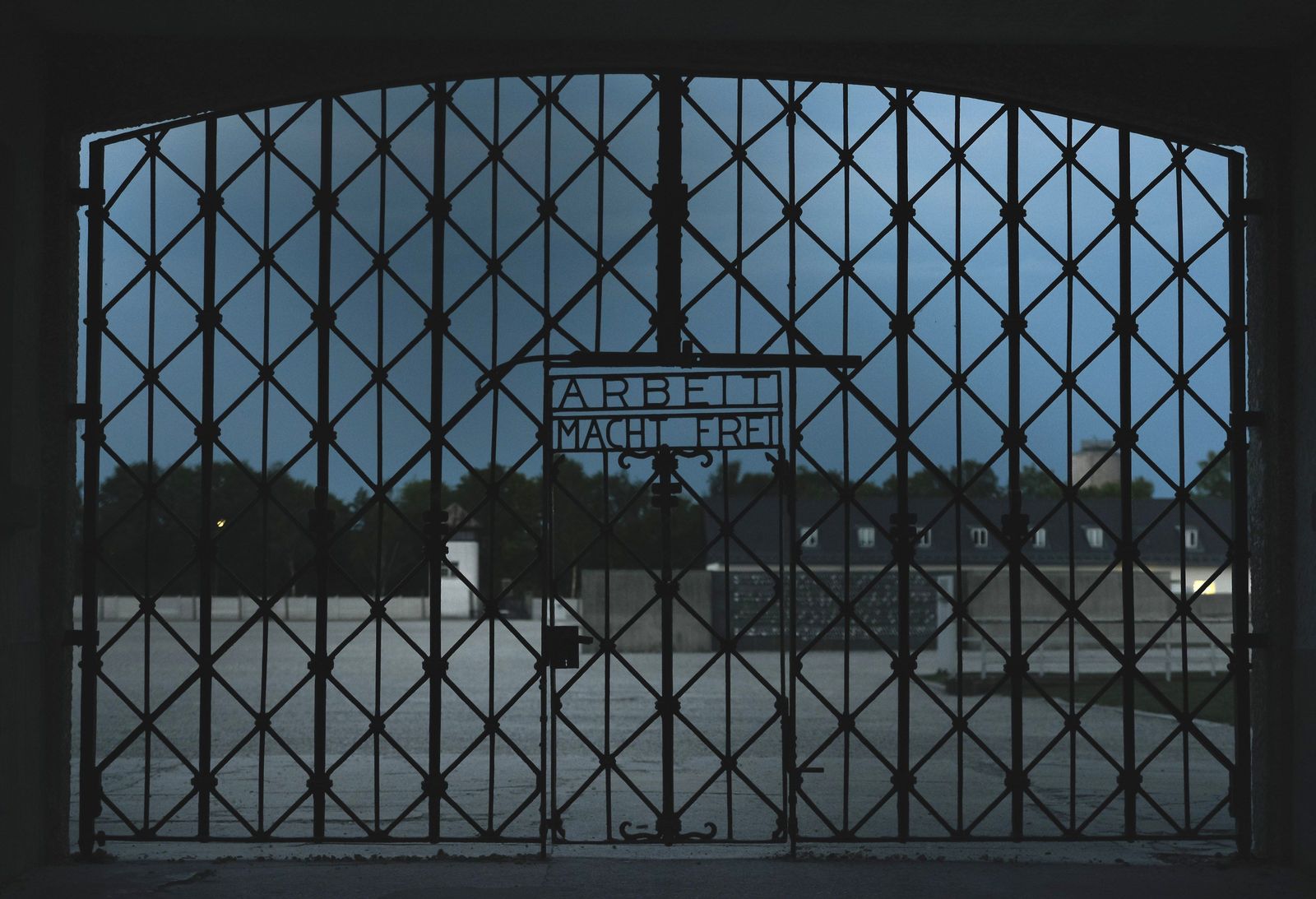 The entrance gate to the former concentration camp in Dachau.