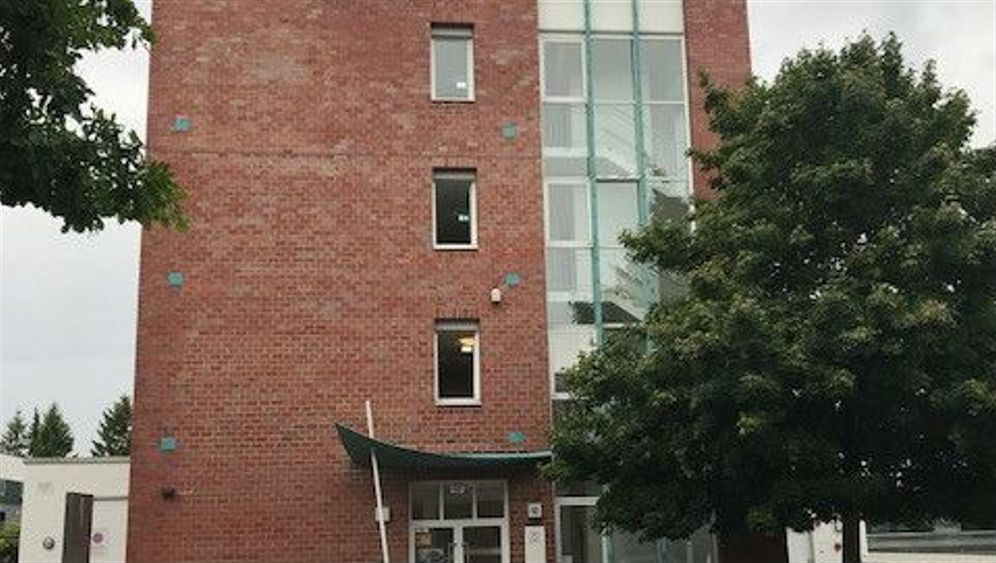 Jamal Naser Mahmodi died just as he had recently lived: lonely and isolated. In the hours before his death, he was no longer the hopeful young man who had come to Germany from Afghanistan seven years earlier. He was, in his own eyes, a failed man. But he was also a convicted criminal and a man whose application for asylum had been rejected.

Mahmodi, 23, was one of the Afghans who arrived in Kabul on July 4 on a deportation flight that coincided with the birthday of German Interior Minister Horst Seehofer. It was a coincidence, but Seehofer seemed to be satisfied. "On my 69th birthday of all days, 69 people -- and I didn't order this -- were returned to Afghanistan. That's far above the usual number," he said with a grin as he presented his "Migration Masterplan" last Tuesday. He seemed pleased with himself. It may have been a joke, but even members of his own party found it to be distasteful.

Seehofer didn't know at the time, but one of the 69 deportees had just committed suicide, a piece of news that made him look even more cynical. And Seehofer's statement has turned the Mahmodi case into a political issue.

On July 3, police picked Mahmodi up at the shelter in Hamburg's Hummelsbüttel district where he lived. They then took him to Munich, where a plane was waiting for Mahmodi and 68 other Afghans whose asylum applications had been rejected. The plane took off for Kabul at 11:27 p.m. the same day. One of the passengers recalls a general atmosphere of gloom on the flight. One or two federal police officers were assigned to accompany each Afghan and the migrants were forbidden from speaking to each other during the flight. Some cried.

Is Germany Breaking Its Pledge?

The German government has always assured that deported Afghans would be supported by the German Embassy when they made a fresh start back in their home country. But as so often happens, a terror warning was in place on the day of their arrival, and no diplomat made it to the airport. Instead, employees of the International Organization for Migration (IOM) and a German police officer were there to receive the returnees.

Mahmodi wound up in Spinzar, a one-star Kabul hotel that IOM uses as a transition facility for deported migrants. A resident reports that on that particular Wednesday, a dozen men in jeans and T-shirts arrived in front of the mint-colored, 1970s building. The resident says that some of the returnees cried, could barely speak and looked tense and unhappy. He says that many didn't know where they were supposed to go and that some appeared to be under the influence of drugs. The man says the hotel's management often doesn't turn up for days at a time and that the returnees aren't provided with access to appropriate medical care.

On Wednesday evening, Mahmodi met with a school friend from Kabul, who he had contacted a short time before on Facebook. He complained to the man about the suffering he had been through. He said that he had no memory of his home country, that he grew up in Germany and felt foreign in Afghanistan. "Jamal Naser seemed depressed and tense," the friend says. "He asked me to get him some hashish." It was one of the last conversations Mahmodi would have.

A manager at Hotel Spinzar recalls how Mahmodi had asked to be left alone, saying he wanted to recuperate. It was only four days later, on Sunday, that the hotel's head of security noticed the stench of a decomposing body. At first, he thought there was a problem with the toilets. But then he determined the smell was coming from room 310 on the fourth floor. Jamal Naser Mahmodi had hanged himself next to his bed in a rundown hotel room with an orange floor, an orange armchair and floral-patterned curtains.

Mahmodi's death is more than just a personal tragedy. It raises questions about the extent to which the German government is keeping its promise to support deportees once they are back in Afghanistan. It's also a personal embarrassment for Interior Minister Seehofer of the conservative Christian Social Union, the Bavarian sister party to Chancellor Angela Merkel Christian Democratic Union.

Seehofer has irritated friends and foes alike with his refugee policy spectacle in recent weeks -- one that came close to bringing down Merkel's government and ending his own political career. His appearance last Tuesday served only to strengthen opponents who have been calling for his resignation. "The line between showing toughness and being downright cynical is no longer blurred for Seehofer -- it's simply gone," says Omid Nouripour, a member of parliament with the Green Party. When he talks about migration policy, Seehofer is fond of boasting about deportation and repatriation statistics. The Mahmodi case now makes clear that there's a personal story behind every deportation, even if Mahmodi isn't exactly an innocent victim.

The shelter in a Hamburg industrial area where Mahmoud had lived until his deportation is located near the city's airport. There's a consumer electronics store and a discount furniture retailer around the corner, but not much else. Around 160 people live in the newly constructed apartment building.

Yonas Shimendi, a 21-year-old refugee from Eritrea, is sitting on the bed in his room. Shimendi was Mahmodi's roommate in the home for two years and, he says, his best friend. Shimendi has a photo of him together with Mahmodi showing the two smiling happily into the camera. Mahmodi is flashing the "hang loose" surfer sign to the camera.

Mahmodi grew up in northern Afghanistan near the city of Mazar-e-Sharif, where Germany's military, the Bundeswehr, has been stationed for 12 years. He came to Germany in 2011 as an unaccompanied minor and refugee after traveling via Greece and the Balkans. He was 16 years old at the time. During his asylum hearing, he told the staff of the Federal Office for Migration and Refugees (BAMF) that he feared the Taliban would kidnap him to extort ransom money from his family, as he alleged had happened to his brother. BAMF ultimately rejected his asylum application. Mahmodi filed a legal complaint contesting the decision at Hamburg's administrative court, but he did not further pursue the matter. As in many cases, the proceedings in his case took years. Since spring 2017, he had been living in Germany under an immigration status known as "tolerated stay," meaning his deportation had been temporarily suspended.

Shimendi and the other refugees in the dormitory say that Mahmodi was both sociable and helpful. He spoke excellent German and helped newcomers learn the language. In recent months, however, his roommates had noticed a change in him. He became withdrawn and hardly spoke to anyone any longer. Shimendi explains that Mahmodi dropped out of his training program to become an electrician. Another roommate, Mooaz Sharks from Syria, says he had the impression that Mahmodi had recently become addicted to drugs.

The Afghan was getting into trouble with the police with increasing frequency. His record included a 2014 conviction for repeated fare-dodging on public transportation and theft. He was ordered to do community service. A year later, Mahmodi threw a vodka bottle at a man during a fight at Hamburg's central train station. The court once again sentenced him into community service on charges of attempted dangerous bodily harm.

In November 2016, judicial authorities again sanctioned him, this time for insulting civil servants after he called two policemen "wankers." The next time the police caught up with him, he was found to be in possession of the recreational drug Tilidin. The authorities also accused him of robbing a man in a hostel on new year's eve of 2017, but Mahmodi was deported before the trial could take place. Twice before, Hamburg officials had advised him to during counseling sessions to leave Germany of his own accord -- otherwise, he would face deportation.

His roommates from the shelter report that Mahmodi suffered as a result of his uncertain residency status in Germany. They say he seemed depressed and confused, that he talked to himself and sometimes left home without even wearing a T-shirt. In spring 2018, he began receiving treatment for psychological problems, circumstances under which German authorities generally refrain from deporting migrants. But the immigration authority in Hamburg claimed when contacted by DER SPIEGEL that Mahmodi had been examined to determine whether he was fit enough to fly. Officials with the authority say they did not detect any signs that Mahmodi might be at risk of suicide.

One thing is certain, though: Interior Minister Seehofer, in particular, wanted to set an example by deporting large numbers of Afghans. Following the attack on the German Embassy in Kabul in May 2017, the German government temporarily refrained from deporting people to Afghanistan, but it resumed the practice last fall.

A debate has long been simmering between Germany's political parties over who can be sent back to the civil war-torn country. The conservative Christian Democrats would like to deport all asylum-seekers whose applications are rejected. But states like Hamburg that are led by the center-right Social Democrats have so far only expelled criminals, as well as people identified as being potential Islamist terrorists and migrants who deliberately concealed their real identity.

Officials in the state of Bavaria had pushed for the July 3 deportations, with 51 of the 69 deportees having been living in the state, though very few were criminals or Islamist threats. Among those on Mahmodi's plane, for example, were several vocational school students and trainees, one of whom wanted to become a nursing assistant for the elderly, a job for which there is a shortage of qualified applicants in Germany. The passengers also included 24-year-old Nawid A., who lived in the municipality of Unterelchingen in Bavaria until his deportation. He was about to leave for school, where he had been scheduled to complete his oral exams as part of the tests that would have allowed him to graduate from high school. But the police beat him to it. Around 6 a.m., they arrested him at his asylum shelter and he was taken to the flight for deportation to Kabul.

According to refugee helpers, Nawid A. reached for a kitchen knife and injured himself to escape deportation. Later, at the police station, he did the same thing with the edges of his handcuffs. The police drove twice to the hospital, where the doctors tried to admit the patient to keep him there. But the police officers persisted and the plane was held for the deportee.

Sigrid Thelen of the organization Freundeskreis Asyl, which provides assistance to refugees, says Nawid A. is the son of Afghans who had fled to Iran. "He doesn't know Afghanistan and only speaks Farsi, not Dari, the Afghan language," she says. He came to Germany as a refugee in October 2015. Although the authorities rejected his asylum application, he was provided with the status of a "tolerated stay" and his deportation was delayed indefinitely.

He went to school and wanted to find an apprenticeship for the fall. "He did everything right and was well integrated," says Thelen, who is shocked by how "brutal" Bavaria has now become with its deportations. She says she is keeping in touch with Nawid A. on Facebook. In one of his latest messages, she says, he wrote that he has given up and is contemplating suicide.