Governments can ban funerals and weddings and cancel sports tournaments, concerts and trade shows. They can ground airplanes and force cruise ships to stay in port. They can even close borders, seal off entire countries and put millions of people in quarantine. No matter what they do, though, they can no longer defeat the novel coronavirus, Sars-CoV-2.

That battle was fought -- and lost -- months ago. Mankind was handed a crushing defeat.

For the time being, the future belongs to the virus. A vaccine could change this, but that could take anywhere from a year and a half to two years to develop. By then, billions of people on every continent will be at risk of infection.

The World Health Organization (WHO) has formally declared the spread of the new coronavirus to be a pandemic. It called on all governments to recognize that we are in an international state of emergency and it criticized many countries for not doing enough to halt the advance of this natural disaster.

Within a matter of weeks, the Sars-CoV-2 pathogen has spread to more than 100 countries. The number of infections outside China has exploded in many regions. In some cases, known infections have been doubling every 48 hours.

In Germany, the number of people carrying the virus has multiplied within days, going from a few individual cases to a nationwide phenomenon. The current level of infection leaves no room for doubt: The virus has arrived, and its spread is exponential. It's not going away.

Medical professionals in Germany are preparing for the first big wave of new infections, which they believe is imminent. "The number of infected people will probably increase rapidly," says virologist John Ziebuhr of the University of Giessen. People are facing restrictions in their public lives that are unprecedented in peacetime. And this is just the beginning.

The good news is that for most people, COVID-19 -- the disease caused by the new coronavirus -- will be mild. They'll face a few days of coughing and fever. That's it.

Many of them won't even notice that they've been infected. According to the Berlin virologist Christian Drosten, a large share of the young people in Germany will have come into contact with the virus by this summer. They will suffer relatively little and will then be immune to this version of Sars-CoV-2.

But about one in five of those infected will become seriously or even severely ill, perhaps contracting pneumonia. Some will have to be artificially ventilated in a hospital. Some will die. The risk of having a severe reaction to the virus increases with age. Indeed, the mortality rate rises sharply at retirement age.

In China, the disease killed around 22 percent of infected people over the age of 80, according to WHO. In Italy, the current mortality rate among infected senior citizens is probably even higher, partly because hospitals and doctors are overwhelmed by the sudden rush of patients with respiratory troubles.

Especially at risk are elderly people with underlying health issues -- of which there are plenty in Germany. The virus can also be risky for younger people who are already battling other illnesses, such as cancer or diabetes. Or for patients with heart disease or high blood pressure.

Overall, medical experts don't expect COVID-19 to kill more than one, or maybe two, out of every 100 people who are infected. And while that prediction may sound reassuring, consider this: American epidemiologist Richart Hatchett is warning that as much as 60 to 70 percent of humanity will be infected with the virus. With billions of people infected, the number of deaths could skyrocket.

A particularly high risk exists for people living in nursing homes. Infections there can quickly spread among residents and staff, as has already happened in the U.S. state of Washington. Some old people's homes, in Germany too, have already imposed quarantines, preventing even close family members from visiting.

The coming weeks and months will be especially trying for the world at large. The virus is spreading with exponential force. How can it be stopped? Except for those who have already contracted the virus and recovered from it, most people's immune systems have yet to develop antibodies to combat this brand-new pathogen. For the virus, it's like penalty kicks without a goalie.

The best weapons we currently have against the disease are soap, alcohol-based disinfectants and admonitions to regularly wash one's hands.

Health authorities around the world are now admitting they are powerless to stop the virus from spreading. Nevertheless, they're not giving up. Their goal isn't to eradicate the pathogen, but merely to slow it down and make it manageable for hospitals.

They believe a worst-case scenario can be prevented as long as there is enough space at hospitals for people who fall seriously ill. Under no circumstances should there be more acutely ill patients than there are available beds in intensive care units. Otherwise, the number of deaths could balloon.

Hospitals in Germany can handle a few thousand patients with COVID-19. They cannot handle tens of thousands. If a large number of doctors or nursing staff fall ill and cannot work, the situation could quickly spiral out of control. The health system even in a country as highly developed as Germany would then be on the verge of collapse.

In order to ensure there's enough hospital beds for those patients who need them, Germany's federal and state governments decided on Thursday evening that all hospitals should postpone all non-emergency operations starting Monday.

But the crucial question remains: How can the spread of a virus that is highly contagious and that has effortlessly circumnavigated the world in a short amount of time be slowed down? Epidemiologists have estimated that each infected person passes the virus on to an average of three other people. That's a lot. This so-called basic reproduction number must be reduced. But how?

Sars-CoV-2 is so difficult to fight because it spreads easily among people who feel perfectly healthy. Infected people can remain asymptomatic for days, meaning they can unwittingly spread enormous amounts of germs through their upper airways.

Once sick, even patients with mild symptoms remain contagious. It's not until nine days after the first symptoms emerge that people no longer pose a risk of infecting others, researchers in Munich and Berlin have established.

History has shown the right and the wrong way for authorities to react in the face of such a dangerous virus. The 1918-19 influenza pandemic killed an estimated 50 million people worldwide, far exceeding the number of deaths during World War I. Nearly a third of the global population was infected within a short amount of time.

When the disease reached Philadelphia in September 1918, authorities there at first didn't consider special measures necessary. A large military parade with around 200,000 participants was held despite the rampant epidemic, which helped it spread. In just four months, more than 12,000 Americans had lost their lives.

The city of St. Louis, on the other hand, quickly imposed far-reaching measures after the first cases emerged. Early on in the outbreak, despite considerable resistance, the city closed all schools, restaurants, cinemas and churches for weeks. Major events were also banned. In St. Louis, fewer than half as many people died as in Philadelphia.

At the time, it paid off to widen the gap between people. The situation is no different with the coronavirus now. "Social distancing" is one of the few effective options health authorities have in the face of this pandemic.

Trade shows, concerts, sporting events, festivals and conferences are being cancelled in many places around the world. Companies are holding meetings online and telling their employees to work from home. Business trips are being cancelled. Many German schools and universities will close temporarily. Nurseries and preschools could be next. Children who contract COVID-19 rarely have serious symptoms, but some researchers believe they still play a role in the spread of the disease.

Nobody knows how long the state of emergency will last. It could be months rather than weeks.

Every single person is called upon to help fight the virus, says German Health Minister Jens Spahn. Indeed, everyone can do something -- namely, be wary and avoid other people as much as possible. The World Health Organization recommends that nobody should get within a meter (3.3 feet) of a coughing person.

In the age of coronavirus, the rule is: Everyone is at risk themselves, and everyone puts other people at risk. The social distancing requirement is likely to significantly change people's everyday lives. Standing close together in the subway, at a club, in an elevator or in line at the supermarket: All these things will feel risky from now on, as will shaking hands or kissing friends on the cheek.

In the coming days and weeks, it will become clear whether the current precautionary measures are sufficient, or whether Germany, too, will have to resort to more draconian measures like those in China, Italy and South Korea. Restricted areas, curfews, suspensions of public transportation, forced closures of bars and movie theaters are all conceivable.

The rate of new infections in Wuhan, the epicenter of the epidemic, didn't begin to fall sharply until the city and the surrounding province were shut down without compromise.

Now, after successfully fighting the virus' spread, China is in the process of relaxing the restrictions on public life. Factories are opening again. Trucks are back on the road. Planes are flying. Of course, this could cause the epidemic to flare up again. After all, the pathogen hasn't lost any of its contagiousness.

What happens next? Ziebuhr, the Giessen-based virologist, doesn't believe "that it's possible to completely eliminate this virus." On the contrary: It's on the advance. Ziebuhr argues that stopping the spread of Sars-CoV-2 will only become possible "once a large part of the population develops sufficient immunity to the virus." This could take a year, give or take a few months.

At the same time, if this immunity were to somehow fade, the virus could feasibly return, albeit in a much weaker form, Ziebuhr says. The new coronavirus could join the ranks of other viruses that humans are constantly grappling with, like the common cold or influenza.

Experts had hoped that Sars-CoV-2 would behave like a flu virus, disappearing from the Northern Hemisphere as soon as it became warmer there. This would have given medical infrastructures time to recover and regroup. During the summer months, public health systems could have been resupplied and prepared for further waves of new infections in the fall and winter.

Meanwhile, however, many virologists doubt the new coronavirus will be slowed down by higher temperatures. "There is no evidence," says WHO expert Mike Ryan. The virus is apparently advancing in increasingly warm regions of the world, such as Singapore.

Germany and large parts of the world could be in store for months of hard work, stress and a prolonged state of emergency. Next winter, things could get even worse. At that time, the annually reoccurring flu will be added to the mix, the symptoms of which resemble those of Covid-19. Many people could be affected by both diseases at the same time. If hospitals aren't prepared, they could be overwhelmed.

However, society can prepare itself for such a scenario and reduce the risks. Ziebuhr hopes that it will finally be possible to increase the vaccination rate against influenza "as high as possible." In addition, he urges older people to get vaccinated against pneumococcus, which causes pneumonia. 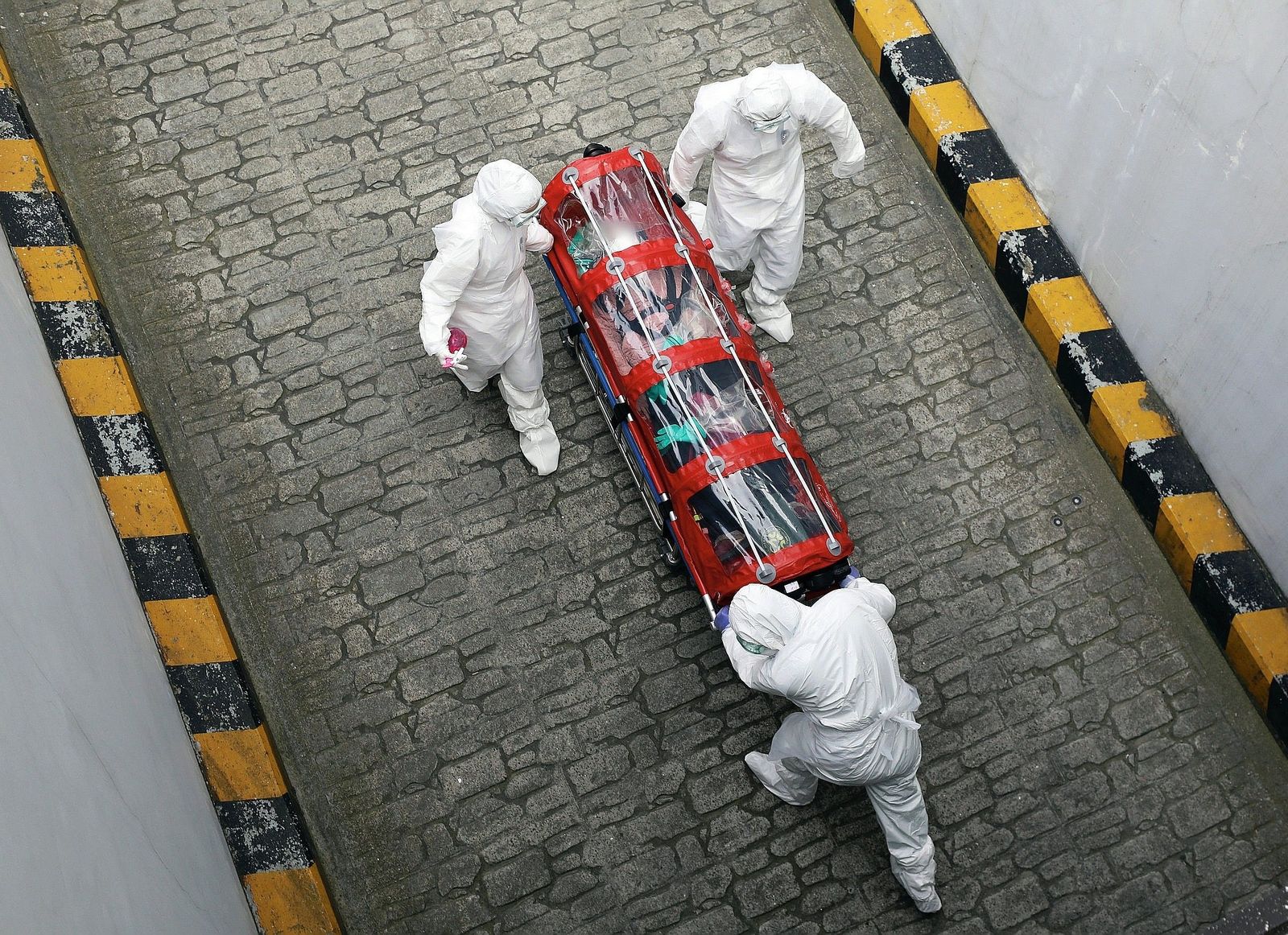 A patient with COVID-19 is transported in South Korea. 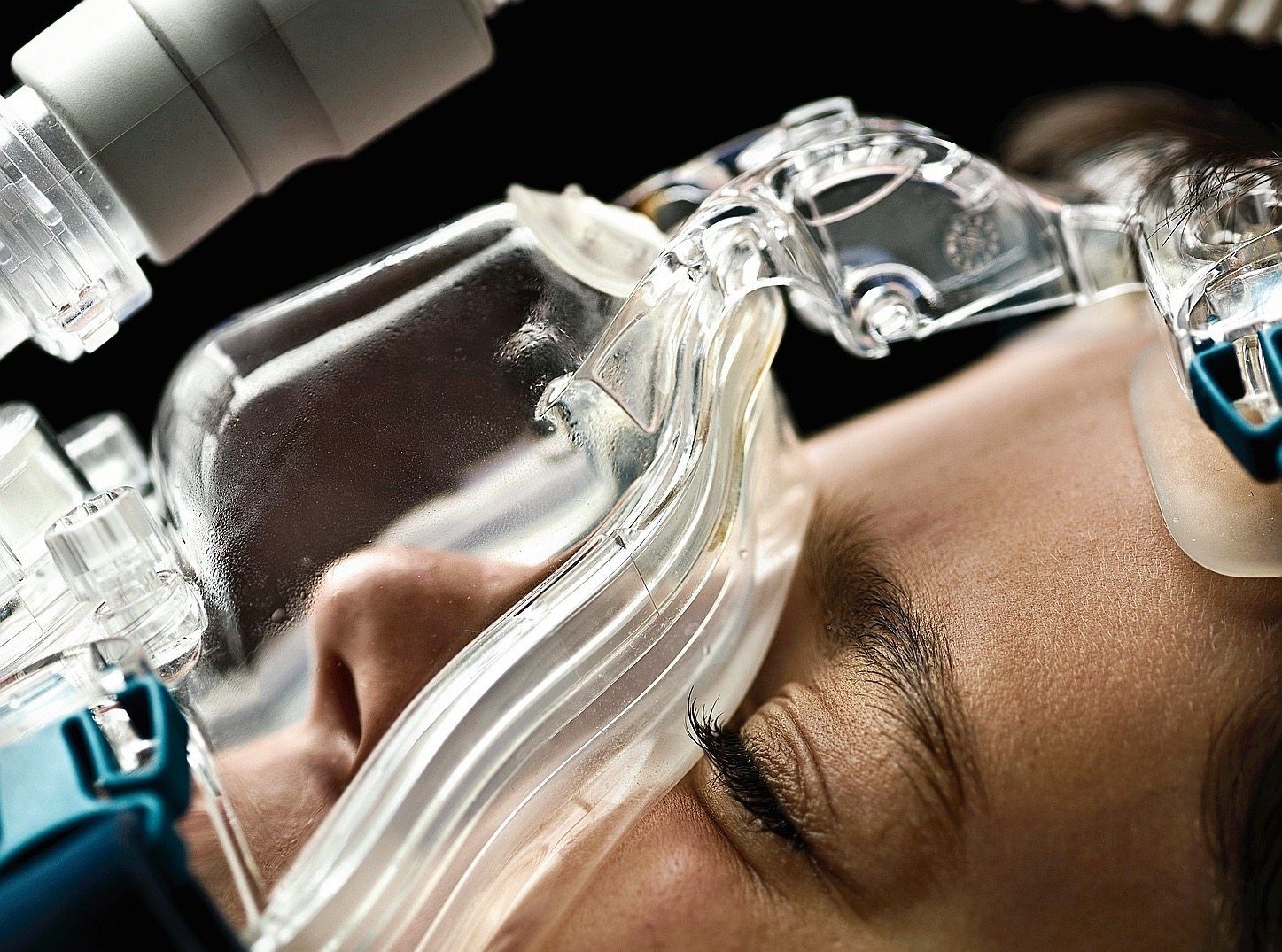 A patient on a respirator: If hospitals aren't prepared, they could be overwhelmed.