Many in Germany could be forgiven for never having heard of Gustl Mollath. For most of the seven years he was locked up in a mental institution, reporting on his case was left to activists, bloggers and conspiracy theorists.

But his face was plastered across virtually every major German newspaper on Wednesday after the Higher Regional Court of Nuremburg unexpectedly ordered his immediate release and granted him a new trial.

Mollath, a 56-year-old former restorer of vintage cars, was committed against his will in 2006 after a court found him a danger to society. Prosecutors alleged he had attacked his wife and slashed the tires of several cars -- charges of which he was never convicted. Instead, the court found he was not responsible for his actions because he was mentally ill.

Mollath has long denied the allegations levied against him and said he was being unjustly persecuted for blowing the whistle on tax evasion at HypoVereinsbank, where his wife (they have since divorced) was an employee. The tax evasion scheme described by Mollath was used as evidence that he suffered from paranoid delusions. But it was later found out to be partially true.

Mollath's release on Tuesday was based on the court's finding that a key medical report used by prosecutors was invalid -- or, in the court's exact words, a "fictitious document." The report was written by a Nuremburg doctor and documents the alleged abuse of Mollath's wife. It was eventually revealed that the doctor had never examined the wife in the first place.

The Man Who Knew Too Much?

Mollath's case dates all the way back to August 2001, when the alleged attack on his wife took place. She first reported the abuse some 15 months later, saying he hit, kicked, bit and choked her to the point of unconsciousness. Prosecutors brought official charges against him in May 2003.

It wasn't until December of that year that Mollath went public with his allegations of illegal banking practices at HypoVereinsbank. In a lengthy criminal complaint against his wife and several other bank employees and clients, he accused the bank of making illicit money transfers to Switzerland. The bank's internal auditors looked into the charges but public prosecutors dismissed them as lacking sufficient detail to pursue a criminal investigation.

Last year, the internal report by HypoVereinsbank was leaked to the Munich-based daily Süddeutsche Zeitung. It reportedly found that bank employees had indeed violated both internal policies and German laws against money laundering, and warned that Mollath had "insider knowledge" and could go public with the information.

While long ignored by the media, Mollath's case ultimately did have a serious impact on Bavarian politics. Just months before the confidential bank report was leaked, Bavarian Justice Minister Beate Merk told state lawmakers that Mollath's allegations of tax evasion were in no way related to the fact that he had been committed.

Once the the allegations proved to be partly true, however, Merk was forced to reverse herself and request a new trial because of new evidence. The state parliament likewise convened an investigatory committee, the result of which was a split between lawmakers belonging to the governing coalition -- made up of the conservative Christian Social Union (CSU) and the Free Democrats -- and those belonging to the opposition.

Despite Tuesday's release, Mollath isn't likely to disappear from the headlines any time soon. Bavaria holds parliamentary elections next month and the whistleblower's case has become a central issue in the campaign. Current Bavarian Governor Horst Seehofer (CSU) said he was pleased with Tuesday's court decision, and that Mollath's retrial must be fair and objective. The gubernatorial candidate for the Social Democratic Party (SPD), Christian Ude, said Mollath's release "ends a years-long Bavarian judicial nightmare that damaged the reputation of the court system and piled up much discomfort and mistrust." 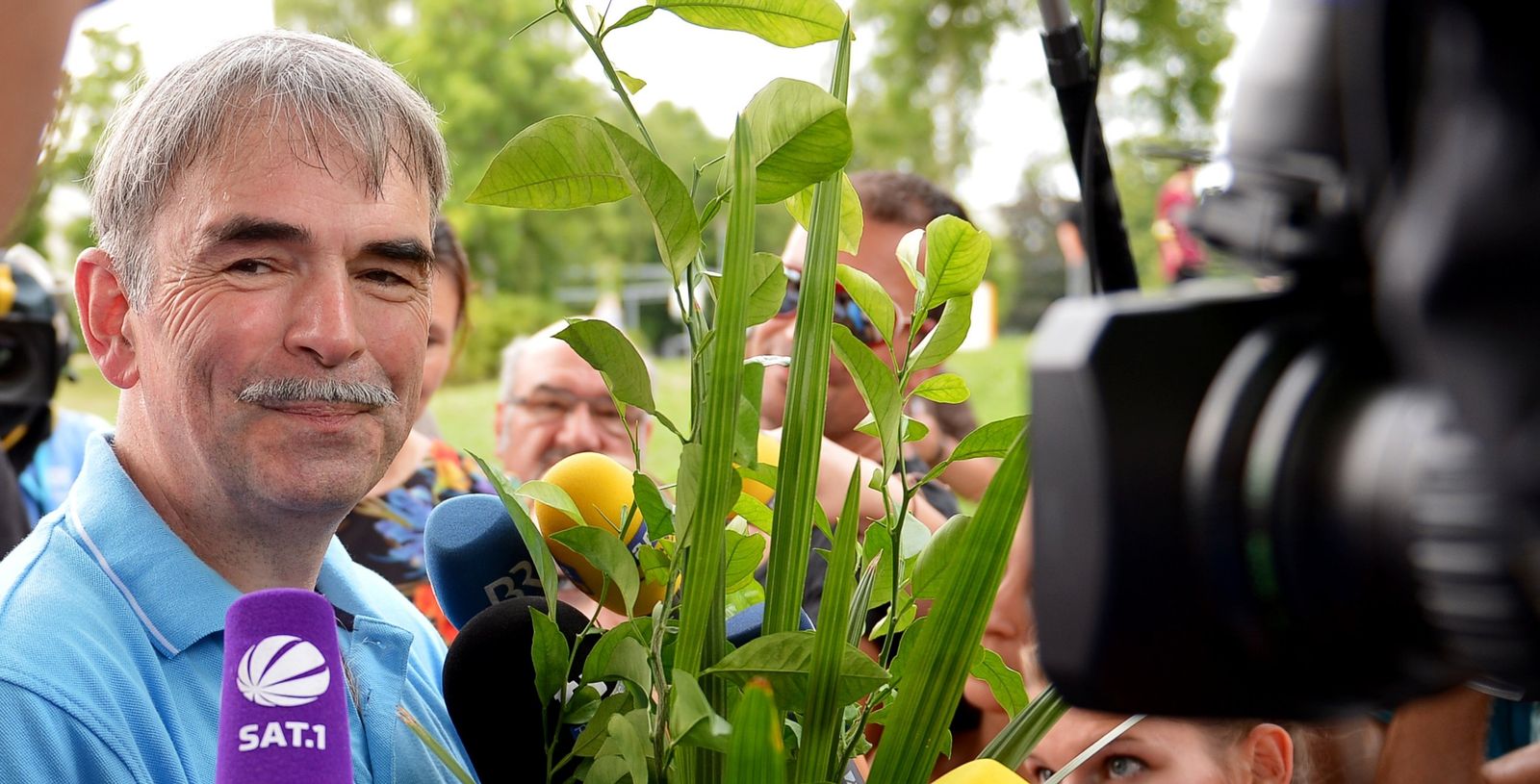 Gustl Mollath was locked up in a mental institution for seven years, some say because he blew the whistle on tax evasion.