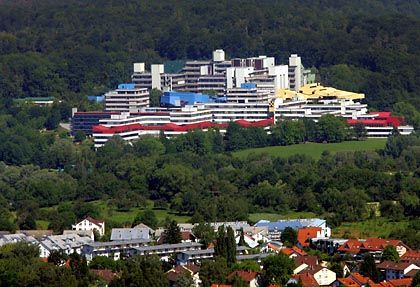 The University of Constance was one of six new 'elite' universities announced by a panel in Bonn on Friday.

Six German institutions were named "elite universities" by a commission of academic and political representatives in Bonn on Friday. Berlin's Free University, RWTH Aachen University, and universities in Freiburg, Göttingen, Heidelberg and Constance were added to a list that already includes two schools in Münich and one in Karlsruhe.

The designation brings more than bragging rights. Under a new scheme to boost research, the nine elite universities will benefit from a total of €1.9 billion in extra research funding over the next five years. Most of the money will come from the federal government.

"We wrote a new page in the history of science today," Education Minister Annette Schavan told the DPA news agency.

The idea is to advance German research by focusing money where it can do the most good. Not everyone thinks it's the best way to go. "The money will be invested in infrastructure and locations, not directly in people," Bamberg University sociologist Richard Münch told SPIEGEL ONLINE. "But the leaders in any field who really promote research aren't all concentrated in one university, but spread over a number of places."

After reviewing applications from dozens of German universities, an international panel of researchers gathered in Bonn this week to rate schools. The expert panel announced the results on Friday afternoon.

The selection is sure to be controversial. Of the nine schools, seven are in southern Germany -- and four of those in one German state, Baden-Württemburg. Only Berlin and Göttingen represent the country's northern half, and there isn't a single university from former East Germany included in the list. (The Free University was founded in West Berlin.)

Münch said the losers will end up second-class citizens in the nation's higher-education system. "It'll just further separate teaching and research, getting us further from where we need to be," he said.