In what proved to be a debate that at times lacked much by way of engaging conflict between German Chancellor Angela Merkel and her opponent in the upcoming election, Peer Steinbrück, the rare moments of interest stood out. One was Merkel making clear her position on introducing a new road tax -- she categorically stated she had no plans to do so.

That jibes with the position of Rainer Brüderle, the parliamentary group leader of the Free Democrats (FDP), the junior member of the ruling coalition alongside Merkel's Christian Democrats (CDU). What it doesn't tally with, however, is the view of Horst Seehofer. He is the leader of the Christian Social Union (CSU), the sister party of the CDU in Bavaria, and he has called for such a road tax to be introduced -- but only for foreigners wanting to drive in Germany.

His reasoning, as he explained at the Gillamoos folk festival in the Bavarian town of Abensberg on Monday, is that if the federal government wants to avoid both further debt and raising taxes, then the national problem of transportation infrastructure can only be solved with such a charge.

Specifically, foreigners would pay a levy that German drivers would already have covered in their current car tax. "With the car tax bill, German citizens get a sticker," he said. This model would thus pay for the country's road network.

Merkel, however, said during Sunday's debate: "With me, there will be no car tax." But Seehofer, weeks earlier, had declared: "As CSU chairman, I will after the election support no coalition agreement in which the introduction of a car tax for foreign car drivers is not included."

His position has caused some controversy -- but while Seehofer was insistent that the disagreement would not hurt the relationship between the CDU and the CSU, he has also faced criticism over his stance.

On Monday, Seehofer -- the Bavarian governor -- said of his relationship with Merkel: "We work very well together, and that will also be the case with the (road) tax, don't worry." He called the chancellor after the debate to make clear he was not seeking an open dispute, and later dismissed the conflicting positions as "trivialities" and said he was "very relaxed."

Brüderle, meanwhile, told TV station ZDF on Monday: "The German car driver is already the nation's cash cow. ... To saddle him with more, that is not realistic."

But it's not only fellow politicians who have questioned the approach of Seehofer and his party. The CSU's election slogans have included: "If you pay road charges in Austria, Italy or Switzerland, then travelers from abroad should also pay road charges here."

Critics accuse the CSU of stoking anti-foreign sentiment with the proposal. In July, Christian Ude, a member of the Social Democrats who is Seehofer's main challenger in Bavarian state elections, which are scheduled for one week before the national vote, described the road tax as "lies and deception" that are incompatible with European Union law. "The CSU has fallen back into clownish populism, when it comes to adding at least a touch of anti-foreign sentiment" to the campaign.

And in an editorial this week, SPIEGEL unfavorably accused the CSU as using only slightly less offensive rhetoric than the extremist National Democratic Party (NPD), which has a new campaign poster that reads "Money for Oma rather than Sinti and Roma," Oma being the German word for granny. "The CSU just has slightly more style. It is proving once again these days that you need neither to violate the law nor the German language to express skepticism about foreigners," the editorial reads. "The party's official newspaper, the Bayernkurier, recently spoke of 'boundless parasitism' in reference to the wave of immigration to Germany in recent months by Roma from Southeastern Europe. The official CSU election campaign, on the other hand, takes a slight detour to offer a similar type of sentiment through its transport policies." 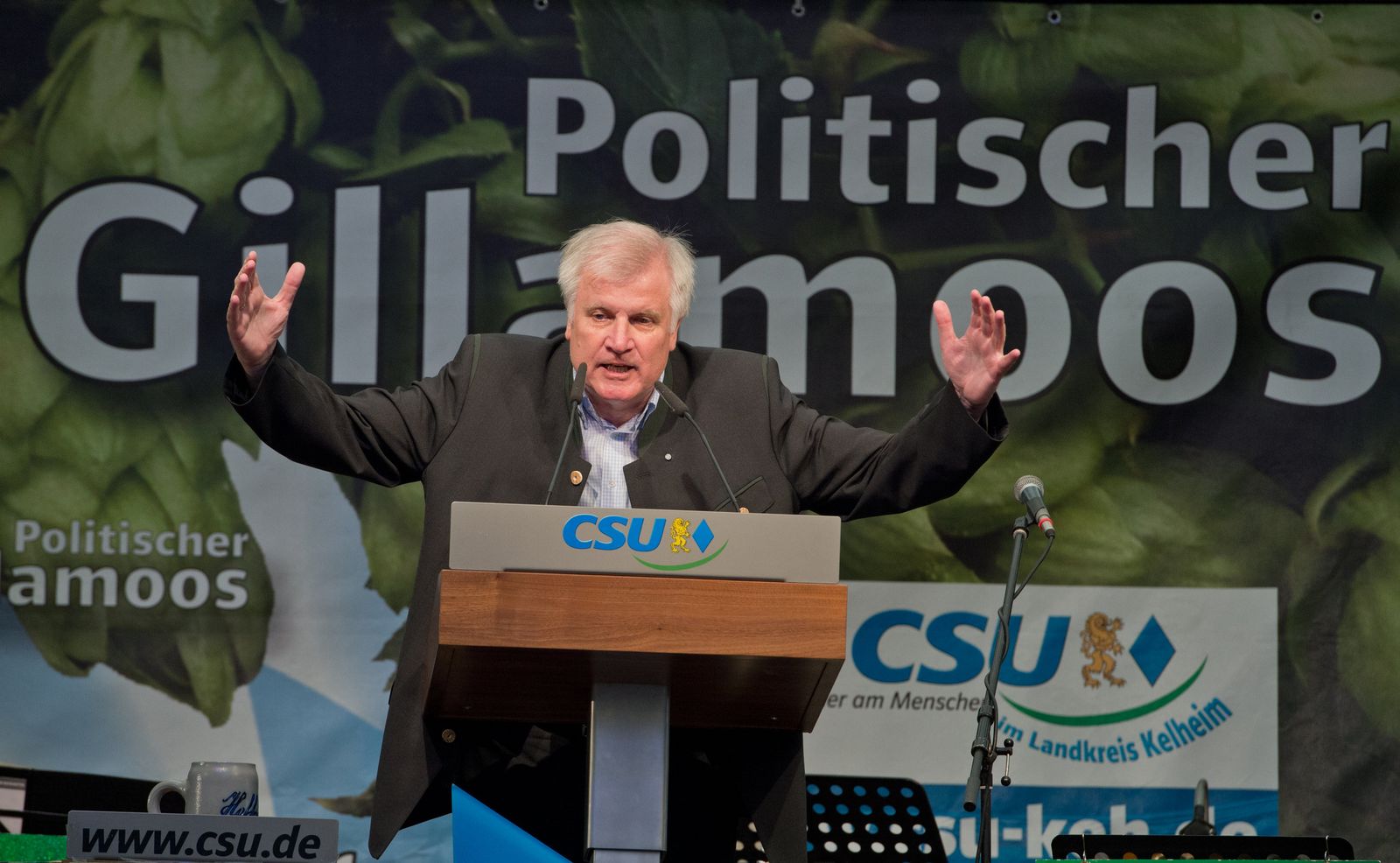