When young children quarrel with their parents, they often think about running away from home for good. I'll teach those parents of mine! German Interior Minister Horst Seehofer seems to be pulling exactly same kind of infantile tantrum. If Angela Merkel doesn't do what he wants, he'll quit. And for a moment on Sunday evening, it seemed like he was about to do exactly that.

The drama that unfolded in Germany as the weekend came to a close was nothing short of a farce. Seehofer, who is the head of the conservative Christian Social Union (CSU), the Bavarian sister party to the Chancellor Angela Merkel's Christian Democratic Union (CDU), set a new standard of childishness for German party leaders. Why would he announce his resignation only to reverse course a short time later the way he did?

It had been, Seehofer later said, an offer to Merkel. If so, it's a rather misguided offer. Why, after all, should the chancellor -- why should anyone, for that matter -- have any interest in Seehofer remaining in office?

Over the past few weeks, a handful of German certainties once thought to be eternal have been shattered. One is that the German national football team always does well in the World Cup. Another is that the CSU knows when to back away from a conflict with the CDU to prevent things from escalating too far. That had always been the case in the past -- when the party came close to abandoning its power-sharing agreement with the CDU at the national level in the winter of 1976, for example, or when it initially resisted legislation introducing the European common currency. When push came to shove, the CSU always seemed aware of what it needed to both in the country's interests and its own.

That is now history. Seehofer has allowed the dispute over the rejection of asylum-seekers in Germany to escalate to such a degree that the government now faces a real risk of collapse. It's not even a question of the practical effects that step might have, which would likely be minimal. Seehofer is insisting on imposing permanent controls on three German border crossings. He wants to send a message. But what?

Even before the outcome of last week's European Union summit on refugee policy emerged, it was clear the results would not be "adequately effective," as the CSU had demanded in a resolution issued before the meeting by party's leaders. Nevertheless, the message sent by Brussels was clear: European refugee policy will now focus on sealing the continent off from migrants and deterring them from coming in the first place -- precisely what the CSU has been demanding. Merkel brought enough back home to provide Seehofer with a face-saving way out of the conflict. And some CSU politicians were prepared to go down this path. But a troika comprised of Seehofer, Bavarian Governor Markus Söder and parliamentary group leader Alexander Dobrindt was not. It is a case unprecedented leadership failure.

Now, There's No Good Way Out

Regardless what happens now, there are no longer any true prospects for Seehofer, the CSU or its power-sharing agreement with the CDU. The CDU has made clear in rare unanimity that it will not allow itself to be blackmailed by its sister party. And it's highly unlikely Seehofer can expect any substantial concessions from the chancellor. Whether he remains in office or leaves it, he has lost any credibility he had. Since Sunday, the head of the CSU party has joined the ranks of the political undead.

And all that remains of the power-sharing agreement between the CDU and the CSU is a piece of paper. The damage goes so deep that even if Merkel and Seehofer were both to step down, an entirely plausible scenario at the moment, it still couldn't be repaired. The power-sharing model between the two parties, known as the "Union," ensured unprecedented stability in Germany for over 60 years. It is now history. And that's not something to be celebrated, no matter how much one might oppose the CSU's positions.

The fallout from Sunday night's drama will have consequences that go far beyond the power-sharing agreement. It could have dramatic consequences for Germany's entire political party system. The center-left Social Democrats (SPD) have already sunk to below 20 percent in public opinion polls. And the CDU itself is now headed in the same direction.

The party that has emerged as the primary beneficiary from all this is the Alternative for Germany (AfD). There's no better gift the CDU and CSU could give the right-wing populists than to tear each other apart over refugee policy. The CSU's hope of pushing back competition from the right in Bavarian state elections in September has been shattered. The CSU had hoped to become AfD's gravedigger, but there's no chance of that now. Instead, the CSU has become one of the nascent political party's biggest helpers.

The End of the Old Order

Sunday night marked the end of politics in Germany as it has been known for decades. That's not something that needs to be overly dramatized: In the Netherlands, there are more than a dozen parties in parliament and governance in the country is just fine. But there's always a risk in trading a proven system for a new order, the advantages of which aren't currently clear.

It is rather ironic that the party which wanted most to hold onto the old party order ended up destroying it. Unlike Merkel, the CSU has been unwilling to yield the right-wing of the political spectrum to another party. And there's nothing wrong with that impulse, at least in principle. But putting it into practice would have required extensive political skill of the kind the CSU leadership is unfortunately lacking.

Now, the entire country must bear the consequences. 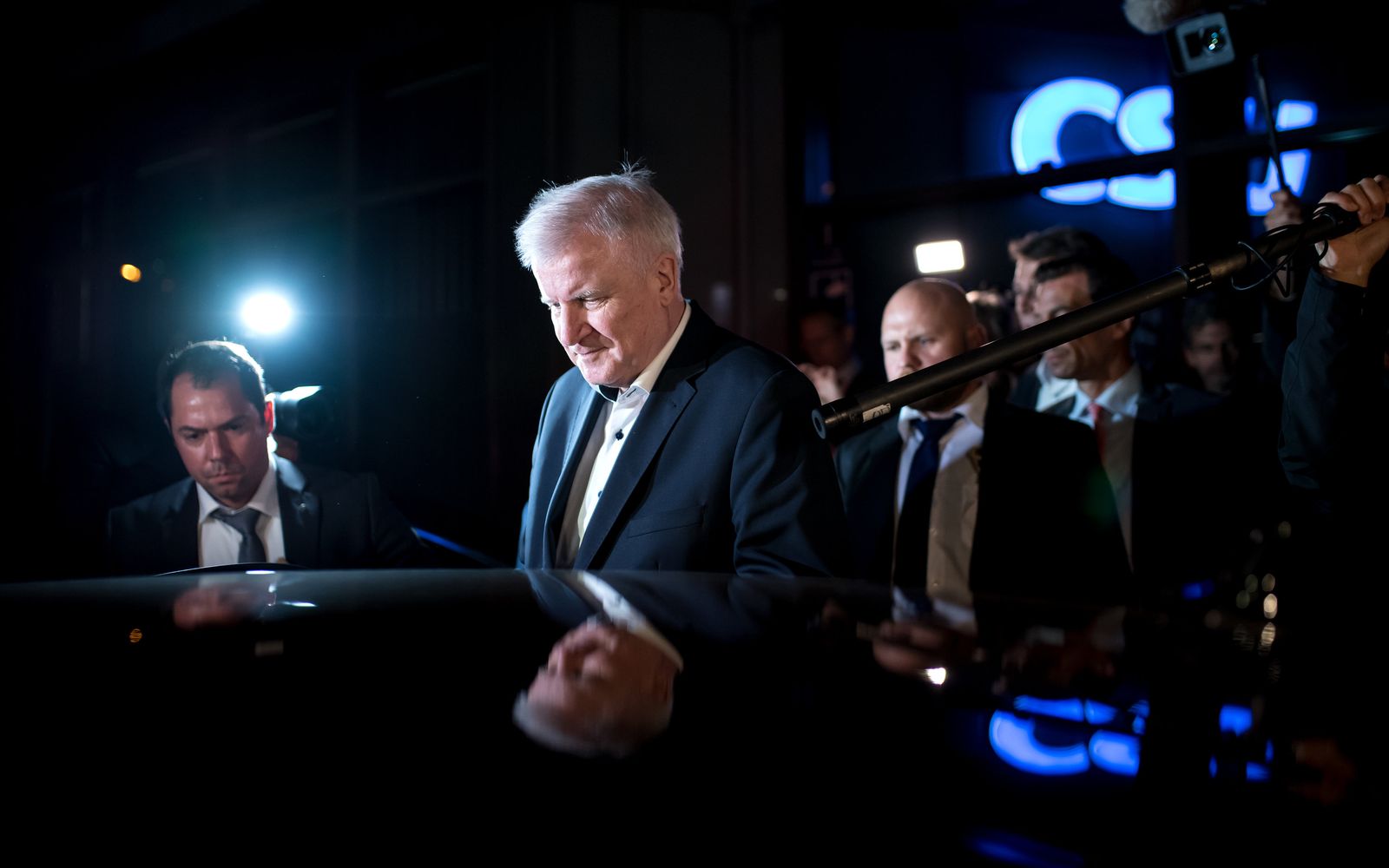