The German government on Wednesday rejected criticism by a United Nations body that it fails to provide adequate help for society's most vulnerable and discriminates against immigrants.

A United Nations report obtained by Berlin daily Der Tagesspiegel states that German authorities have no comprehensivce program to combat poverty and that elderly and disabled people often live in "degrading conditions."

One in four children in Germany go to school without eating breakfast, the report claims, demanding "concrete measures" to ensure that "children, particularly from poor familes, receive proper meals."

The 10-page preliminary report by UN experts also criticises a lack of equality in the German health and social systems. Immigrants, it claims, suffer major discrimination in their rights to education and employment.

The report expresses concern that unemployment in eastern Germany is still twice as high as in the west, and says women are disadvantaged in the workplace due to "clichéd views of the roles of the sexes."

The report is a slap in the face for Chancellor Angela Merkel's center-right coalition. Meanwhile opposition parties on Wednesday seized on it to accuse the government of massive shortcomings in its education and social policies.

Memet Kilic, the Greens spokesman for immigration policy, said: "Germany doesn't have an integration problem, it has an education and equality problem."

But the government rejected the accusations on Wednesdaay, saying large parts of the report "weren't backed by scientific facts."

"Germany has made progress in social welfare in recent years and this has been acknowledged around the world," the Labor Ministry said in a statement.

The pension system had been reformed to meet demographic challenges, childcare and full-day schooling were being expanded and education reforms were beginning to take hold, the ministry said. It accused the authors of the UN report of ignoring information provided by the German government.

The report was written by a UN committee set up in 1985 to monitor the implementation of a UN convention on economic, social and cultural rights. The signatory states, which include Germany, must submit reports to the committee every five years. The 18 experts meet twice a year, in spring and autumn. Their last meeting was in May. 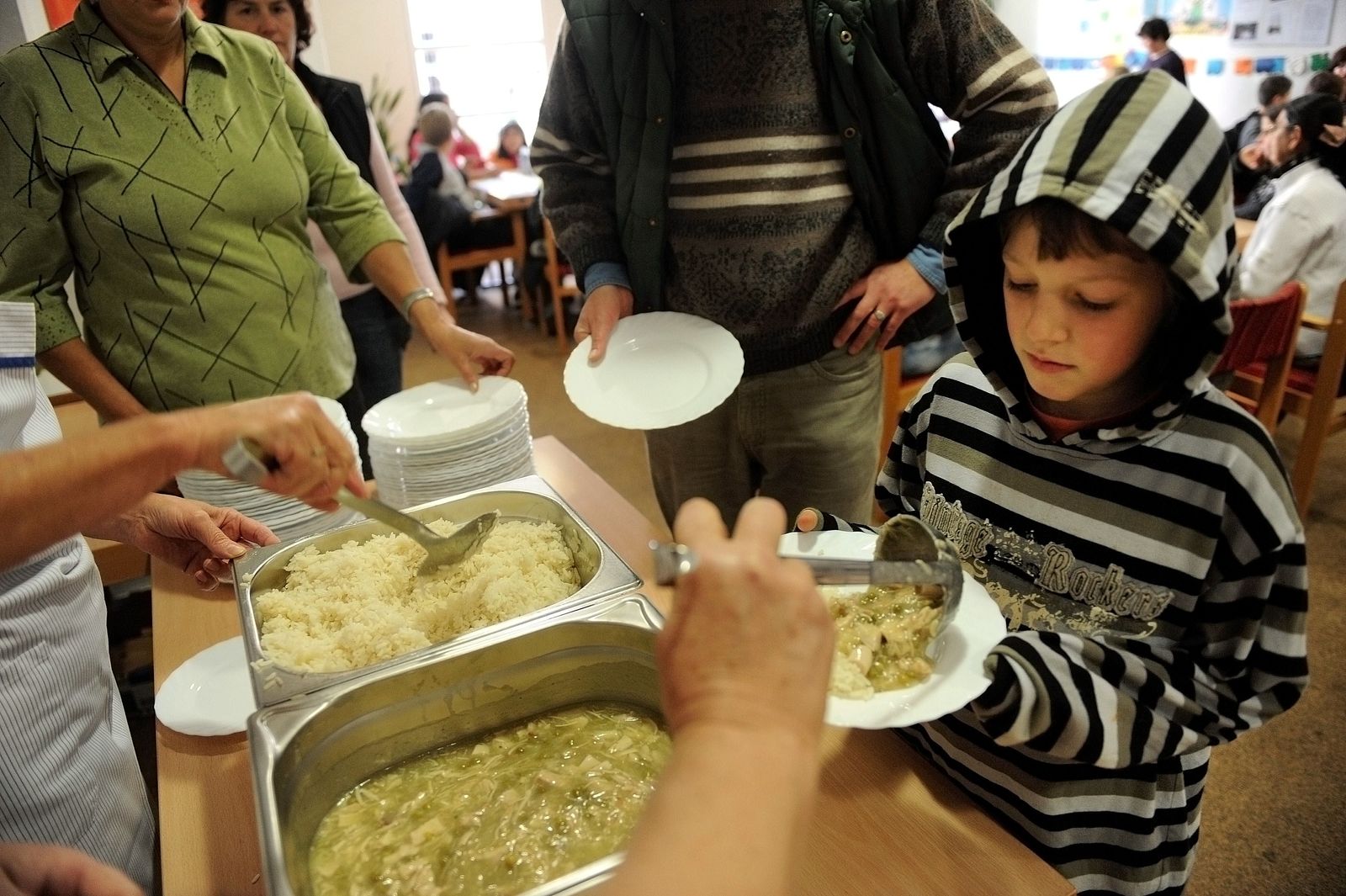 A child in Wetzlar, western Germany, receiving a free meal from a church charity.