Roads in the eastern German state of Brandenburg are not exactly clogged with traffic. Indeed, the state, which surrounds Berlin, has the second-lowest population density in the country.

But that doesn't mean its roads aren't dangerous. Known for its majestically tree-lined boulevards, Brandenburg leaves its motorists little room for error. And now, with the number of tree-related deaths on the rise, the state Infrastructure Ministry called earlier this week for speed limits on the Brandenburg's most dangerous roads to be reduced to 70 kilometers per hour (43 mph).

"In 2010, 192 people died on our streets -- 78 of whom were killed by trees," said Brandenburg's infrastructure minister, Jörg Vogelsänger. "I cannot and will not live with this fact."

Many of the roads were constructed when Brandenburg was still part of East Germany. They were designed for a country in which the car owned by most people, the Trabant, had a maximum speed of 112 kph (70 mph) and had very little horsepower. Tight rows of trees were planted alongside narrow two-lane highways, giving them an especially scenic touch. Unfortunately, it also made them that much more dangerous. Guardrails, after all, are a rarity.

Since 1995, fully 2,926 people have been killed in Brandenburg in tree-related accidents. Even more telling, in 2010, only 3 percent of all accidents involved trees. But 40 percent of road deaths involved collisions with trees.

Today, popular routes like the Deutscher Alleenstrasse are all too often marked by white crucifixes or ribbons tied around tree trunks in memory of loved ones lost.

The Most Dangerous Stretches

More concerning, the number of fatal accidents has climbed in recent years. In 2008, 837 people were killed after wrapping their car around a tree. Two years later, that number jumped to 1,007 -- a 20 percent increase.

With the new legislation, Vogelsänger is banking on police statistics that reveal only 3 percent of motorists will drive up to 20 kilometers per hour faster than allowed if the speed limit is 70 kmh. When this limit is increased to 100 kmh, 23 percent of drivers are likely to violate it.

The last time officials made such a call was in 1998, when speed limits were similarly reduced to 80 kmh, Irina Schmidt, spokeswoman for Oberhavel county in Brandenburg, told SPIEGEL ONLINE. "Clearly it wasn't enough," she said. "There were still a number of tree-related accidents."

For Brandenburg's rural authorities, the decree means determining which stretches of road are the most dangerous. For this, strict criteria have been laid out. If there are at least 15 trees with a diameter of 25 centimeters or more located less than 4.5 meters (15 feet) from either side of the road within a 500-meter stretch without a guard rail in between, the speed limit must be lowered to 70 kmh.

And if the regulation itself isn't sufficiently complicated, its title, the "General Edict on the Improvement of Traffic Safety on Streets with Adjacent Rows of Trees Lacking Pre-installed Guard Rails in the State of Brandenburg," is enough to make anyone's head spin. 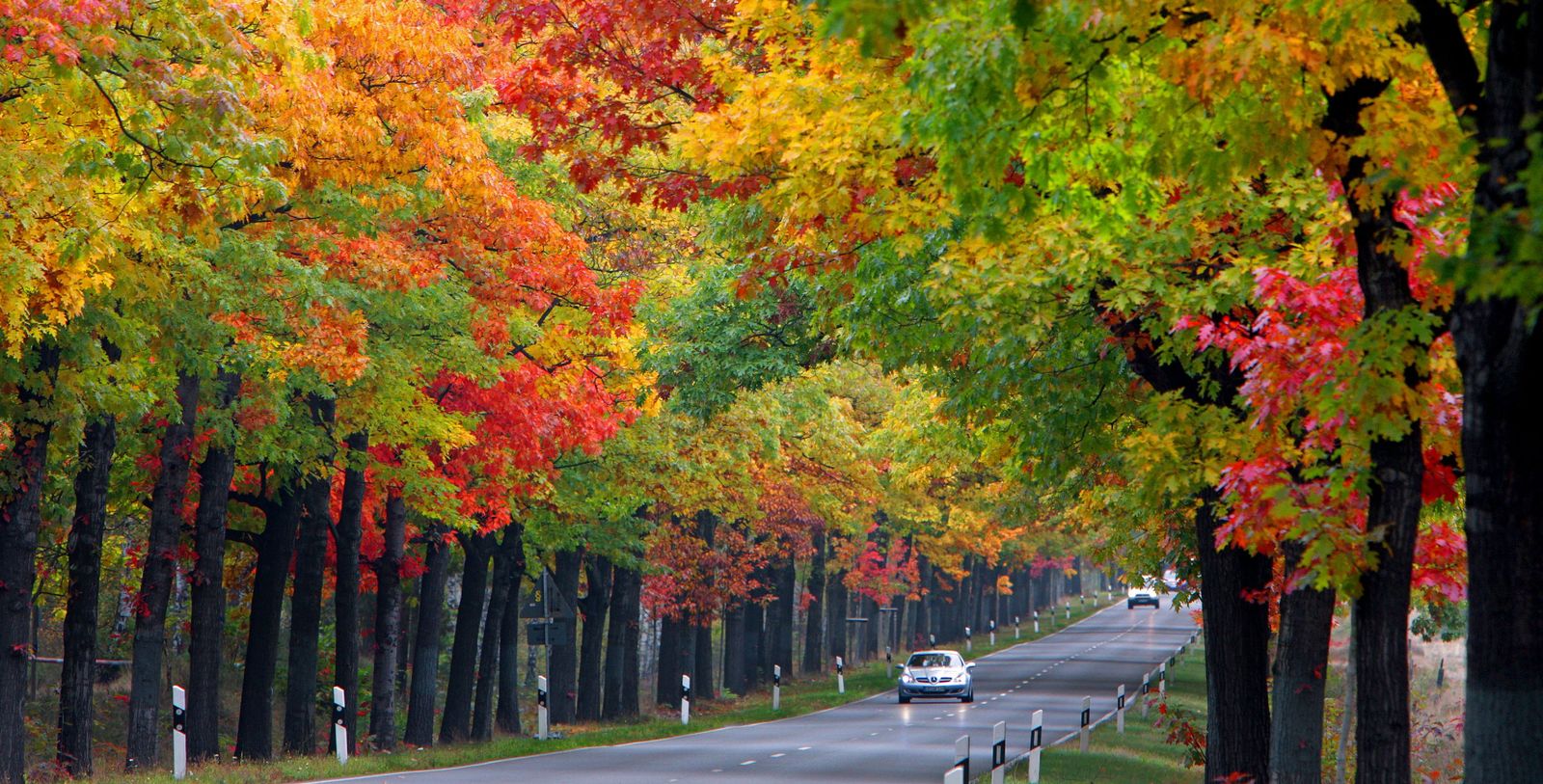 Watch the road, not the trees.