Big city violence, of course, is often a matter of perception. And this month, the perception is that Berlin is in the middle of a violent crime wave.

Over the weekend, a brutal beating in the city center resulted in the death of a 20-year-old and dominated headlines. Police in the German capital are still searching for seven suspects who allegedly attacked the young man without provocation in the city's central Alexanderplatz square early on Sunday morning. As he lay on the ground, the attackers reportedly stomped on his head. He died the next day in the hospital.

Just a few days before, not far from where the Alexanderplatz beating took place, unknown perpetrators shot a 23-year-old, who is recovering after emergency surgery, according to police. The same weekend another man in the city's Schöneberg district was injured by gunfire. And in late September, a group of unidentified attackers nearly choked a soccer fan with Down syndrome to death with his scarf at a metro station.

The spate of violence has many wondering if Berlin is becoming a violent mega-city on the American model. The statistics, however, don't bear that out. Indeed, it's not even the most dangerous city in Germany. According to police statistics for 2010, there were some 319 cases of dangerous and severe bodily injury for every 100,000 residents. The rate is higher than in Munich (243) or Dresden (135), for example, but is equal to the rate in the port city of Hamburg (320) and lower than in Aachen (325) and Dortmund (353).

Statistics Can Be Misleading

By contrast, the 2010 rate for the entire US stands at 403.6 violent crimes per 100,000 residents. Certain cities, such as Detroit, St. Louis and Atlanta, for example, are much higher. Statistics from Berlin police, moreover, indicate that street crimes causing serious bodily injury dropped by 13.9 percent in 2011 compared to the previous year.

Still, perception is important. And there have been a number of high-profile beatings, many of them on subway platforms, in recent months. Furthermore, the statistics, says the head of the Berlin chapter of Germany's largest police union, the GdP, can be misleading.

"When you cut 4,000 police officers, naturally fewer crimes are registered," says Klaus Eisenreich, who estimates that the crime rate has not, in fact, dropped. "Berlin was and remains the capital of violence," he says. Meanwhile, inhibitions to committing violent crimes have "absolutely decreased" in recent years, he says. Now the elderly, the defenseless or even disabled people are the victims of violent attacks -- something that did not happen in the past, Eisenreich says.

Claudius Ohder, a criminology professor at the Berlin School of Economics and Law, takes a similar view. According to his estimation, it is not the frequency of violence that has changed, but the severity. "What has changed is that such instances of violence are motivated by pure hatred," he told news agency DPA on Tuesday. The perpetrators seem to suffer from feelings of exclusion and inferiority, he says. "Often they can't achieve success with their families, school or career."

In the case of the 20-year-old murdered this week, police continue to search for concrete clues on the perpetrators. Beyond being described as looking like "Southern Europeans," other details remain vague, says head of the Berlin homicide division, Jutta Porzucek, who described the victim as "Asian." The public prosecutor's office has offered reward of up to €15,000 ($19,700) for information leading to the arrest of the attackers.

Berlin Mayor Klaus Wowereit has pledged to do everything possible to clarify the "vile" crime and arrest the perpetrators. "It is incomprehensible to me how such an excess of violence could be triggered," he said.

The GdP police union hopes that a new proposal will help in combating the violence. The plan calls for closer cooperation among federal police, Berlin police and public transportation security personnel. While video surveillance is helpful, it's not enough, he said, adding: "If you want to ensure security, you need people."

The interior minister of the city-state of Berlin, Frank Henkel, also encouraged greater police presence in the capital to "increase the feeling of security." But he warned that this alone wouldn't necessarily put a stop to the violence. "Even if we had 20,000 officers, we would only make small advances," he says. 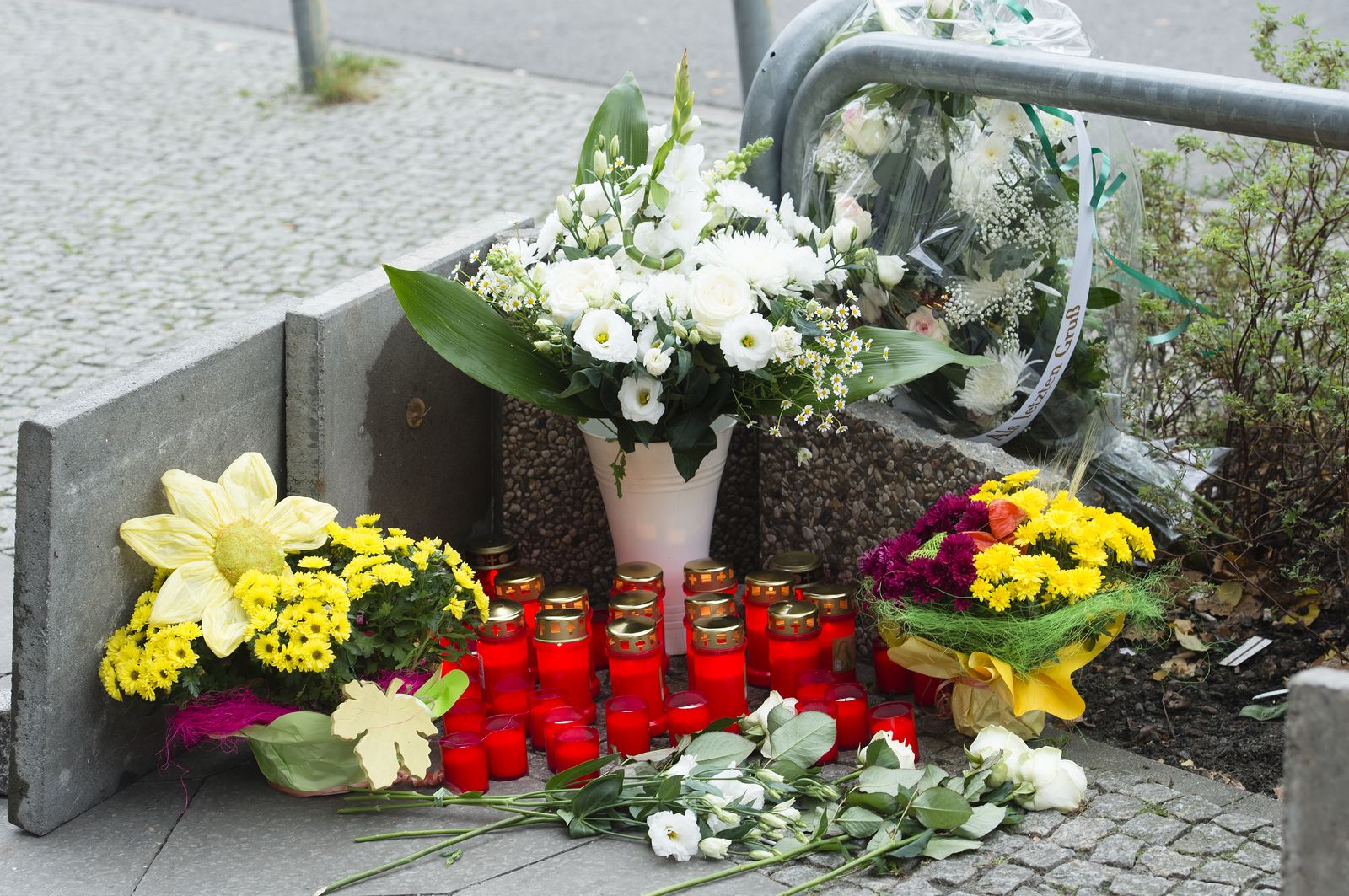 A makeshift memorial for the victim of a deadly beating at Berlin's Alexanderplatz square.