Only a little over six months ago, Germans in top positions in companies, politics and the public sector held negative views of German Chancellor Angela Merkel and her leadership style, criticizing her for abandoning many of the longheld positions of her conservative Christian Democrats and also for her abrupt and expensive decision to abandon nuclear power after Fukushima through her so-called "energy revolution." A half-year deeper into the euro crisis, many have changed their minds.

A new survey of an "elite panel" of 500 German executives, politicians and administrators, taken by pollster the Allensbach Institute and published in this week's issue of financial magazine Capital, has found that 70 percent consider Merkel to be a strong chancellor, almost twice the score she received in June. And 69 percent said they believed Merkel is doing a good job with her crisis management. Seventy percent also said they believed Germany was succeeding in pushing through its interests at the European Union level. Indeed, the chancellor's image appears to have been burnished as a result of her persistence, the magazine wrote.

Meanwhile, 78 percent said they supported an economic and fiscal union to fight the euro crisis. At the same time, most said they would have preferred a deal at last week's EU summit in Brussels between all 27 member states instead of the deal reached that has isolated Britain in Europe. Twenty-one percent said they supported the introduction of euro bonds, while a mere 13 percent said the European Central Bank should purchase unlimited quantities of government bonds from crisis-stricken countries, one much-discussed possible solution to the euro crisis.

When asked whether they were concerned about the stability of the euro, 74 percent of those surveyed in the business sector said "yes," whereas only 42 percent of those interviewed in the field of politics expressed similar sentiments.

A full 90 percent said they believed austerity measures for crisis-plagued countries like Greece and Italy are the correct policy, even if it threatens to slow German economic growth. Meanwhile, 95 percent said they viewed the leadership role Merkel has taken together with French President Nicolas Sarkozy in the euro zone as positive. In recent weeks, the media have taken to calling the political pair "Merkozy."

Only 11 Percent Believe Euro Zone Will Break Up

On the downside, however, 92 percent agreed that government bonds would become more difficult to float in euro-zone countries. But only 11 percent said they thought the euro zone would break up as a result of the crisis.

Looking at the party landscape in Berlin, the managers took a critical overall view of the government, but much of that was attributed to the recent weak performance of Merkel's junior coalition partner, the business-friendly Free Democratic Party (FDP), according to the poll. The FDP is faring poorly in national political polls, and only one in seven of the managers queried said the party stood a chance of regaining its standing by the next election. A full 90 percent said they believed Philipp Rösler, Merkel's vice chancellor, had been the right choice to lead the party after long-term FDP chief and Foreign Minister Guido Westerwelle stepped down earlier this year.

Indeed, the party that seems to be profiting the most from the crisis at the moment is the center-left Social Democrats (SPD). Close to two-thirds of the managers on the panel said they would like to see the return of the strange-bedfellows "grand coalition" government, which brought together Merkel's conservative Christian Democrats and its arch-rival the SPD between 2005 and 2009. 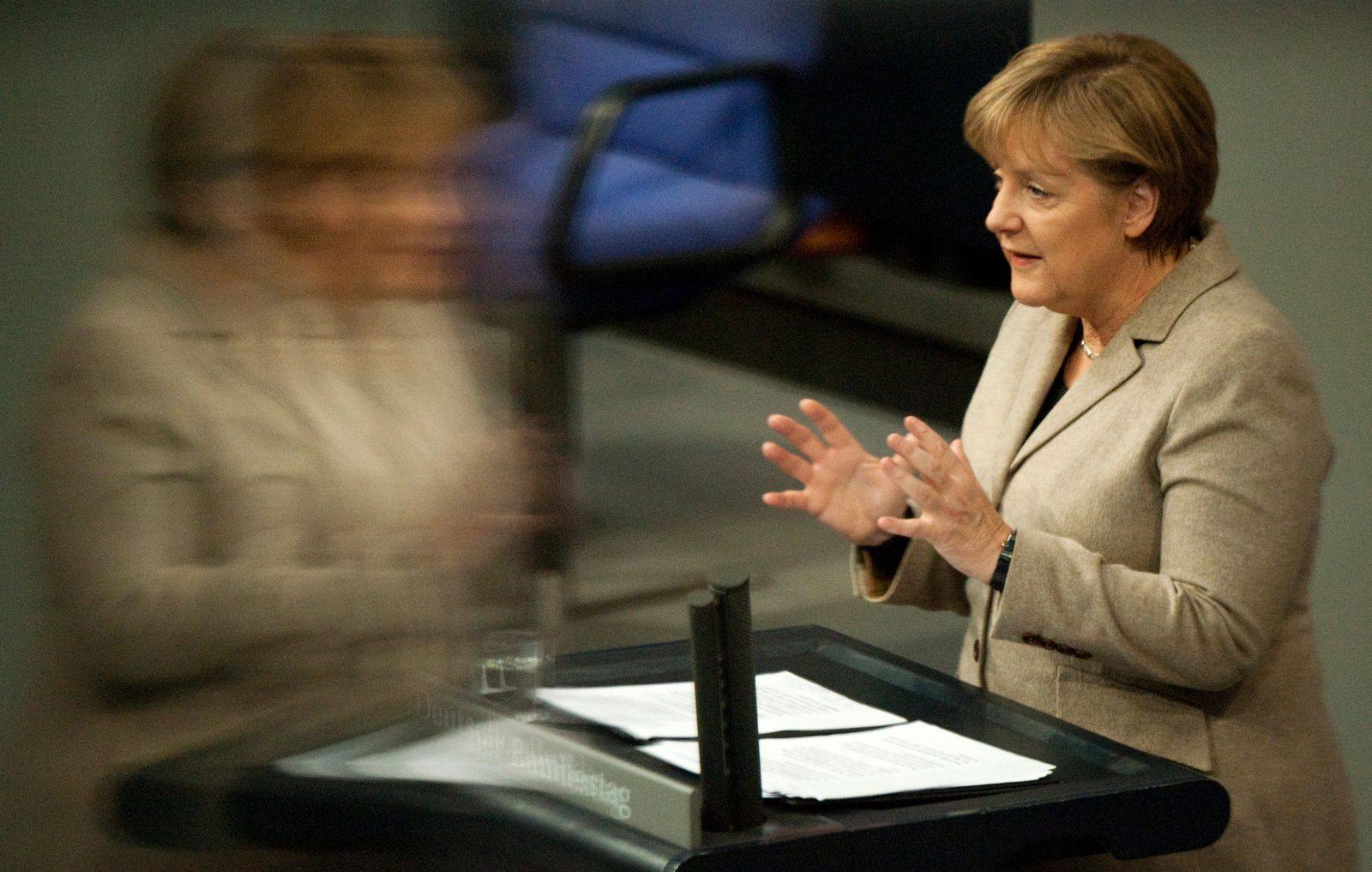