The death toll from the outbreak of EHEC, the lethal E. coli strain that has hit Germany this spring, rose by one to 37 on Tuesday after a two-year-old boy from Celle in northern Germany died from kidney failure caused by the infection. He was the first child to die from EHEC. Until Tuesday, the youngest victim had been 20.

The boy's father and 10-year-old brother are also suffering from the infection but are recovering, their doctor told a local newspaper. It remains unclear how they were infected.

The epidemic has now claimed 36 lives in Germany and one in Sweden. The Robert Koch Institute, Germany's national disease control and prevention agency, said that 782 people in Germany infected with EHEC are suffering from a severe complication called haemolytic uraemic syndrome (HUS), which affects the blood, kidneys and nervous system. About 69 percent of them are women. A further 2,453 people are suffering from EHEC but not from HUS.

The number of new infections with EHEC has been declining significantly in recent days, officials said.

Authorities confirmed on Friday that beansprouts from an organic farm in northern Germany were to blame for the outbreak and lifting their warning against eating raw tomatoes, cucumbers and lettuce. However, on Monday the Bavarian health and food safety office said it had discovered the bacterium on lettuce grown by a farm in Fürth near Nuremberg.

The office said one of 617 samples of fruit and vegetables it had tested for the EHEC bacteria in food retail outlets in Bavaria came up positive -- red lettuce of the Lollo Rosso variety. "So far there are no indications that it is the serotype O 104 found in northern Germany," the office said in a statement. And there is no epidemiological information to suggest a link with events in northern Germany."

The lettuce has been taken off the market and health officials are conducting checks at the farm and analyzing its distribution.

It will take a week to establish whether the bacterium is of the aggressive strain that can cause HUS. Bavarian Health Minister Markus Söder said all indications at present suggested that the bacterium found on the lettuce was not the deadly strain.

"There is reason for cautious optimism," Söder said.

A spokesman for the Federal Institute for Risk Assessment (BfR) said that a total of 9,000 food samples had been tested across Germany since the outbreak in early May, focusing on cucumbers, tomatoes, lettuce and beansprouts. Given the intensity of the search, it wasn't surprising that other EHEC bacteria would be found that don't belong to the strain that has caused the outbreak, he said.

Meanwhile, health experts still haven't established how the deadly EHEC bacteria got into the organic farm in Bienenbüttel that supplied contaminated beansprouts to restaurants and cafeterias across northern Germany.

The BfR assumes that the seeds for the beansprouts may have been contaminated. But it is also possible that workers brought the bacterium into the farm.

Raw beansprouts are a notorious source of infection with dangerous germs including E. coli and Salmonella because of the warm, moist conditions in which they grow. 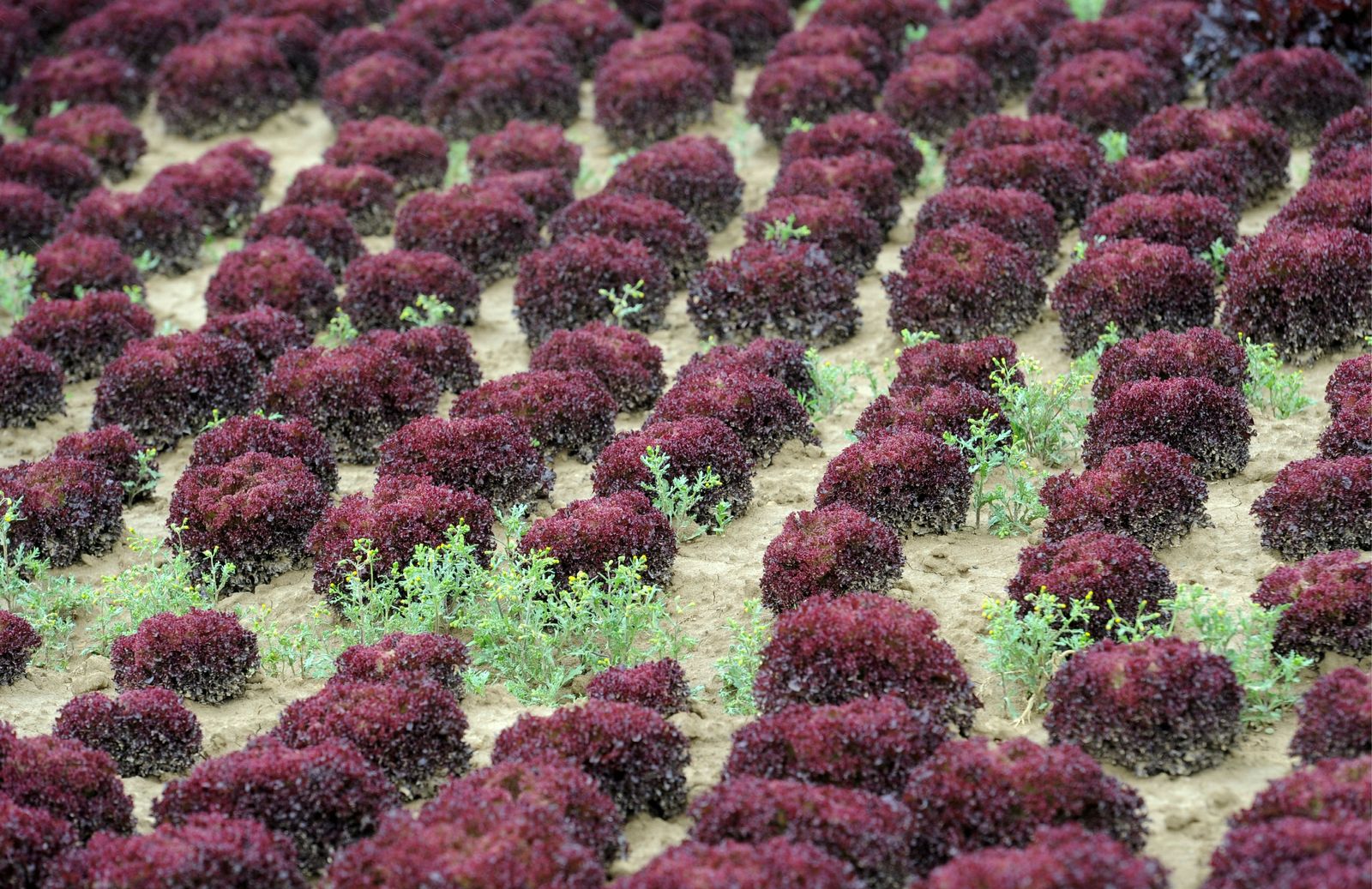 A field with red lettuce of the Lollo Rosso variety.