Angie Merkel is still on Facebook. The American from Michigan recently announced her daughter's wedding on the social network and got 67 likes.

But Angela Merkel isn't. On Monday at 11 a.m., the fan page of Germany's chancellor, a woman who has led the country for over 13 years and until recently had 2.5 million followers, disappeared from public view. Now, if you search Merkel's name on Facebook, you'll only find Angie in Michigan and pages like, "Angela Merkel Resign Now."

Merkel's Facebook page, the most successful of any German politician's, could have been turned into many different things. Her team at the national headquarters of the center-right Christian Democratic Union (CDU) party had put together a memo listing possible ideas, but Merkel ignored them and decided to simply end it.

Merkel's step raises fundamental questions: Can a prominent politician single-handedly choose to leave Facebook? Doesn't her digital legacy need to be archived along with her files, letters and memos? And doesn't posterity have the right to know how Angela Merkel communicates in a sphere which she herself has described as "Neuland," a new frontier.

Among Merkel's colleagues, nobody feels entirely responsible for answering these questions. At the Federal Press Office, people claim Merkel's Facebook page wasn't a government site, but the CDU press office, for its part, is more interested in the Facebook account of the new head of the party, Annegret Kramp-Karrenbauer.

These questions aren't so easy to sweep away. Insiders claim that Merkel's social media people suggested several solutions to the chancellor: Her Facebook presence could be frozen, so that nobody could comment or "like" anything, but could still see it, or the page could be switched from being associated with the chairperson of the CDU to being associated with the chancellor, so that the Federal Press Office could maintain it. The sizeable social media team there currently manages the German government's Facebook account, which has approximately 530,000 fans.

Merkel decided against this primarily for formal reasons: In her farewell video, she said, "You know that I am now no longer the chairwoman of the CDU." She suggested that because her account was connected to her role as CDU chairwoman, she couldn't simply take her millions of "friends" with her to the Chancellery.

It's a strange argument. Merkel's account is under her name, and she is still a CDU politician. Legally, there is nothing problematic about her digital disappearing act. The Federal Archive Act stipulates that only files documenting the government's "public positions" need to be preserved and, even so, only if they have lasting value. "The deletion of a private Facebook account is, of course, the responsibility of the individual," says Eva Schlotheuber, the head of the German Historians' Association. But as a politician, Merkel remains a public figure. But Schlotheuber also warns: "Our political memory of contemporary history is only a record-based memory, precisely because of the conversion to digital communication."

The Bundestag, the German federal parliament, recognized the problem in 2006, and gave the German National Library the mammoth task of archiving "intangible media works," which is to say, web sites. The task is legally complex, since the collection of online publications often impinges on copyright law. This issue exists independent of the question of what exactly -- which websites, blogs or social media accounts -- needs to be preserved.

The rules are clear for printed works: The publishing industry is required to deliver copies to libraries. But Eric Steinhauer, library legal expert and visiting lecturer at Berlin's Humboldt University, says that when it comes to social media, there is no comprehensive and implementable rule when it comes preservation. He worries that many digital records could be lost forever. "What about politicians' tweets, or comments on Instagram? Without them one will one day not know what we were talking about today." Steinhauer argues that Merkel's Facebook page should have stayed online. "Anyone should be able to access the account."

Over the years, Merkel's profile has functioned as a kind of seismograph for Germans' views of their chancellor. In 2009, the year the page was launched, the team administering it could still cheerfully post: "What have you always wanted to ask Angela Merkel?" Only a dozen comments were posted, questions about a sales tax or a second German Wirtschaftswunder, or economic miracle.

The article you are reading originally appeared in German in issue 7/2019 (February 9th, 2019) of DER SPIEGEL.

Later, Merkel's Facebook fans became more political, pushing for net neutrality, criticizing the fate of Romanian stray dogs, complaining about the euro. Since the autumn of 2015, however, the community has been taken over by Merkel-haters. The chancellor's messages became sparser. At one point, she offered congratulations to CDU politician Klaus Töpfer on his birthday. At another, a message of condolence on the death of George W. Bush. The comments, meanwhile, were hate-filled.

At the moment, Merkel's profile lives on -- it's just hidden. On the advice of Facebook, its administrators haven't deleted the page, only made it "unpublished." Merkel always had a distanced relationship to the social network: "It is so nice, like when one has a car or a nice washing machine," she said of Facebook in June of 2015. But she added that it doesn't mean that "I automatically have great friends" and said, "Facebook won't make one happy for one's entire life." 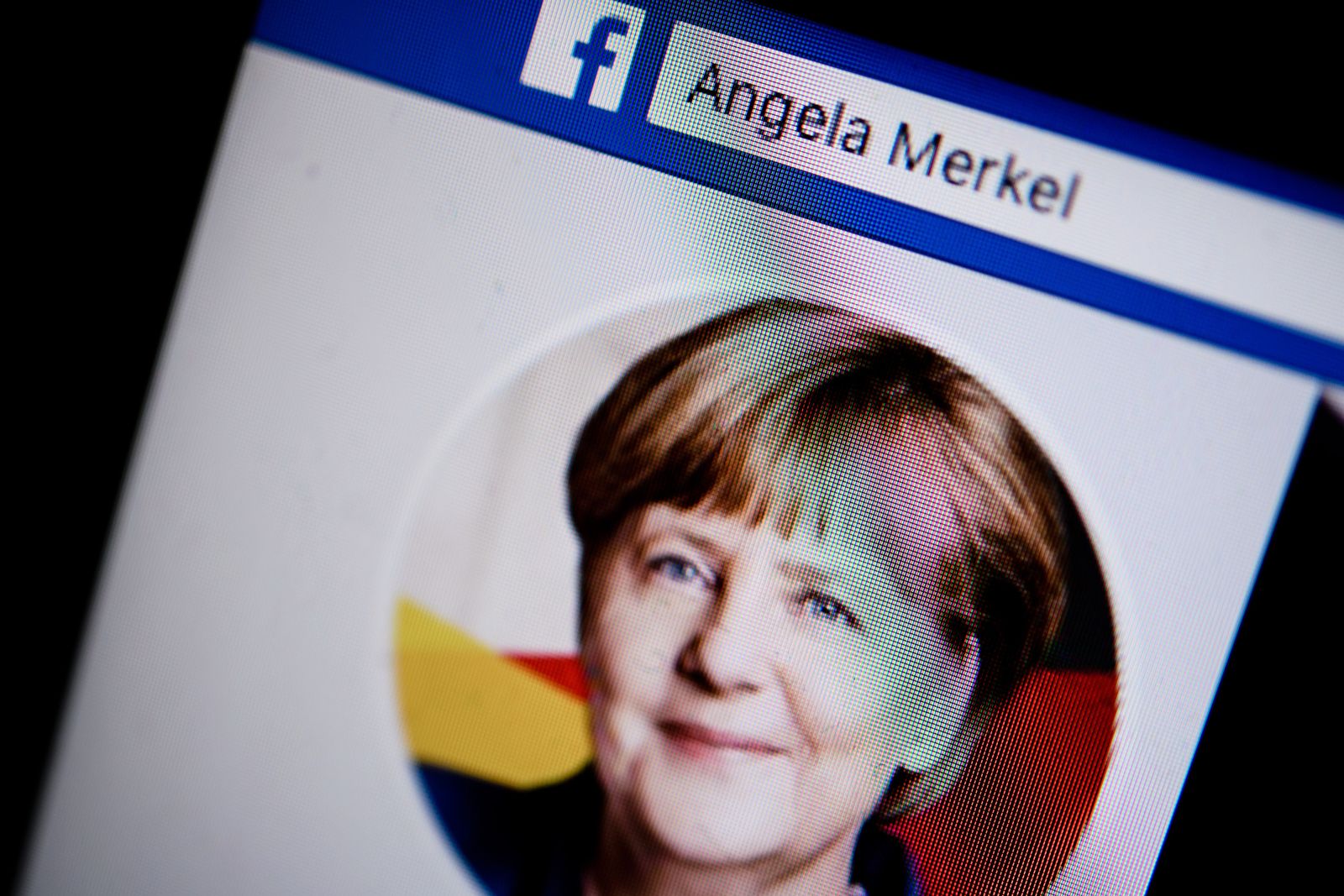 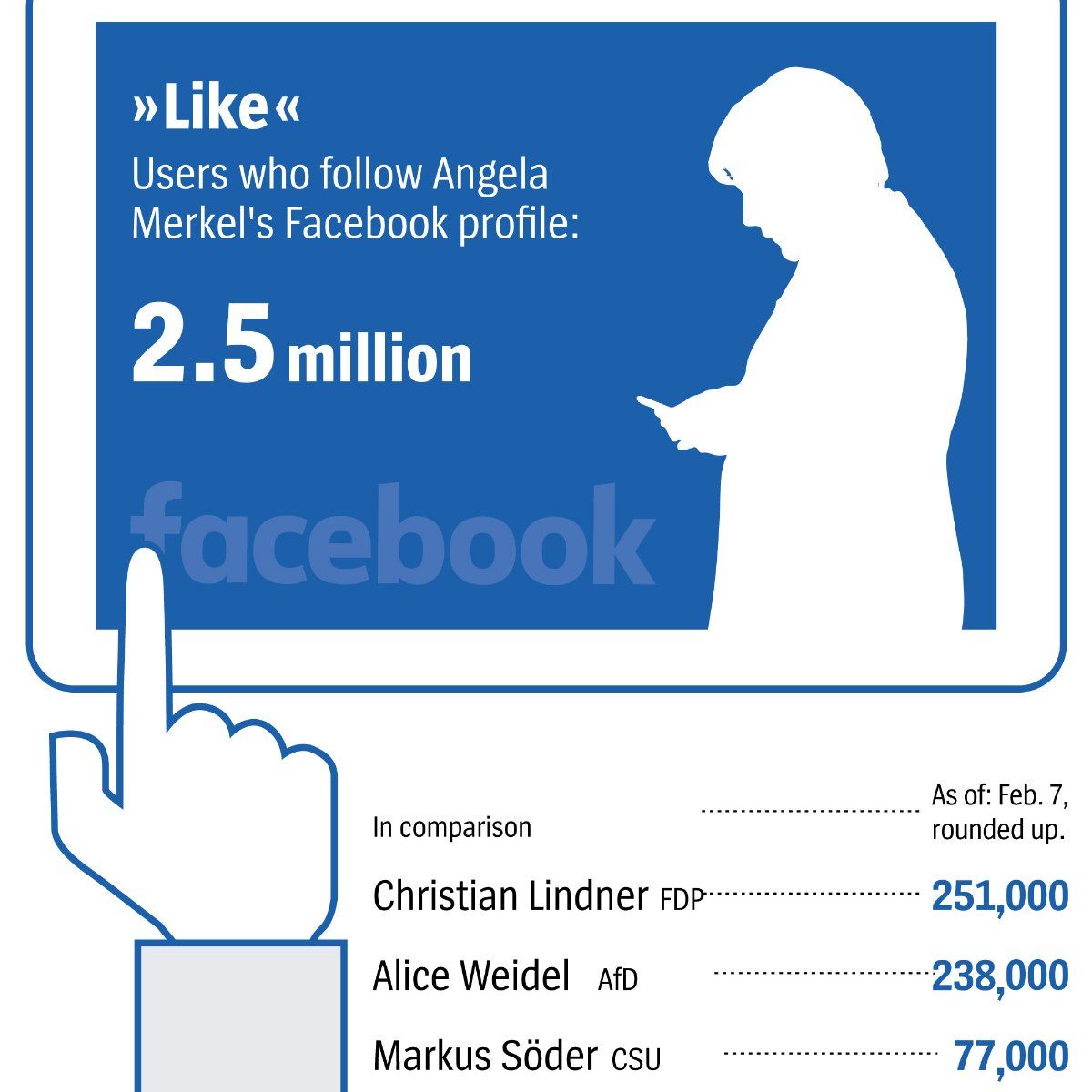