Germany has gold reserves of just under 3,400 tons, the second-largest reserves in the world after the United States. Much of that is in the safekeeping of central banks outside Germany, especially in the US Federal Reserve in New York. One would think that with such a valuable stash, worth around €133 billion ($170 billion), the German government would want to keep a close eye on its whereabouts. But now a bizarre dispute has broken out between different German institutions over how closely the reserves should be checked.

Germany's federal audit office, the Bundesrechnungshof, which monitors the German government's financial management, is unhappy with how Germany's central bank, the Bundesbank, keeps tabs on its gold. According to media reports, the auditors are dissatisfied with the fact that gold reserves in Frankfurt are more closely monitored than those held abroad.

In Germany, spot checks are carried out to make sure that the gold bars are in the right place. But for the German gold that is stored on the Bundesbank's behalf by the US Federal Reserve in New York, the Bank of England in London and the Banque de France in France, the German central bank relies on the assurances of its foreign counterparts that the gold is where it should be. The three foreign central banks give the Bundesbank annual statements confirming the size of the reserves, but the Germans do not usually carry out physical inspections of the bars.

According to German media reports, the Bundesrechnungshof has now recommended in its confidential annual audit of the Bundesbank for 2011 that Germany's central bank check its foreign gold reserves with yearly spot checks.

The Bundesbank has rejected the demand, arguing that central banks do not usually check each others' reserves. "The scope of the checks that the Bundesrechnungshof wants does not correspond to the usual practices among central banks," the Bundesbank said in a statement quoted by the Frankfurter Allgemeine Zeitung newspaper. "There are no doubts about the integrity and the reputation of these foreign depositories."

Now the finance committee of the German parliament, the Bundestag, has gotten involved. Parliamentarians apparently demanded to see the Bundesrechnungshof's audit report on the Bundesbank after they were alarmed by a report in the influential tabloid daily Bild, which claimed that the central bank had not checked its gold reserves in five years.. The Bundesrechnungshof will now provide the committee with its report, a spokesman for the federal auditors confirmed on Monday.

Germany moved some of its gold reserves abroad during the Cold War to protect them from a possible Soviet attack. Some of the gold was moved back to Frankfurt after the collapse of communism. But the Bundesbank argues that it still makes sense to store some gold in major financial centers so that it can be sold quickly if necessary. Although the Bundesbank does not provide exact details about the distribution, it has revealed that the largest share of Germany's gold is held in New York, followed by Frankfurt, London and Paris.

Skeptical about the Reserves

In times of uncertainty about the future of Europe's common currency, gold is a hot topic, and some Germans take a dim view of the fact that much of the country's gold -- which theoretically belongs to the people -- is held abroad. Some members of parliament have even expressed doubts as to whether the foreign gold reserves really exist. Philipp Missfelder, a member of the conservative Christian Democratic Union (CDU), wanted to see the gold for himself and traveled to New York in person to inspect the holdings, according to the newspaper Frankfurter Rundschau. His trip was apparently unsuccessful, though. When he visited the Fed's safes in New York, staff were either unable or unwilling to show him exactly which bars belonged to Germany.

Peter Gauweiler, a Bundestag member with the CDU's Bavarian sister party, the Christian Social Union (CSU), is also skeptical about the foreign gold reserves. In recent years he has attempted to gain more information about Germany's gold through parliamentary questions. Last year, he had an economics professor prepare an expert report on the subject, which concluded that the Bundesbank was not fulfilling its inventory regulations by failing to physically inspect the gold.

In July 2011, SPIEGEL reported that Bundesbank employees had physically seen the gold in New York within the previous six months. However, the last time it had been checked before that was in June 2007.

Some Germans even want to bring the gold reserves back to Germany. An initiative called "Gold Action" is campaigning under the slogan: "Repatriate Our Gold!" Its petition has been signed by prominent industrialist Hans-Olaf Henkel and Frank Schäffler, a parliamentarian with the business-friendly Free Democrats who is known for his euroskeptic views.

The initiative alleges that there is an "acute" danger that the German gold could be expropriated as a result of the financial and debt crisis. They argue that the German government could soon be forced to sell gold to cover the costs of the crisis.

But the Bundesbank wants to leave the gold where it is. Observers point out that apart from the high cost of transporting the gold back to Frankfurt, the symbolic effect of Germany repatriating its gold reserves might unsettle the nervous financial markets, who could see it as a sign of an impending collapse of the euro. 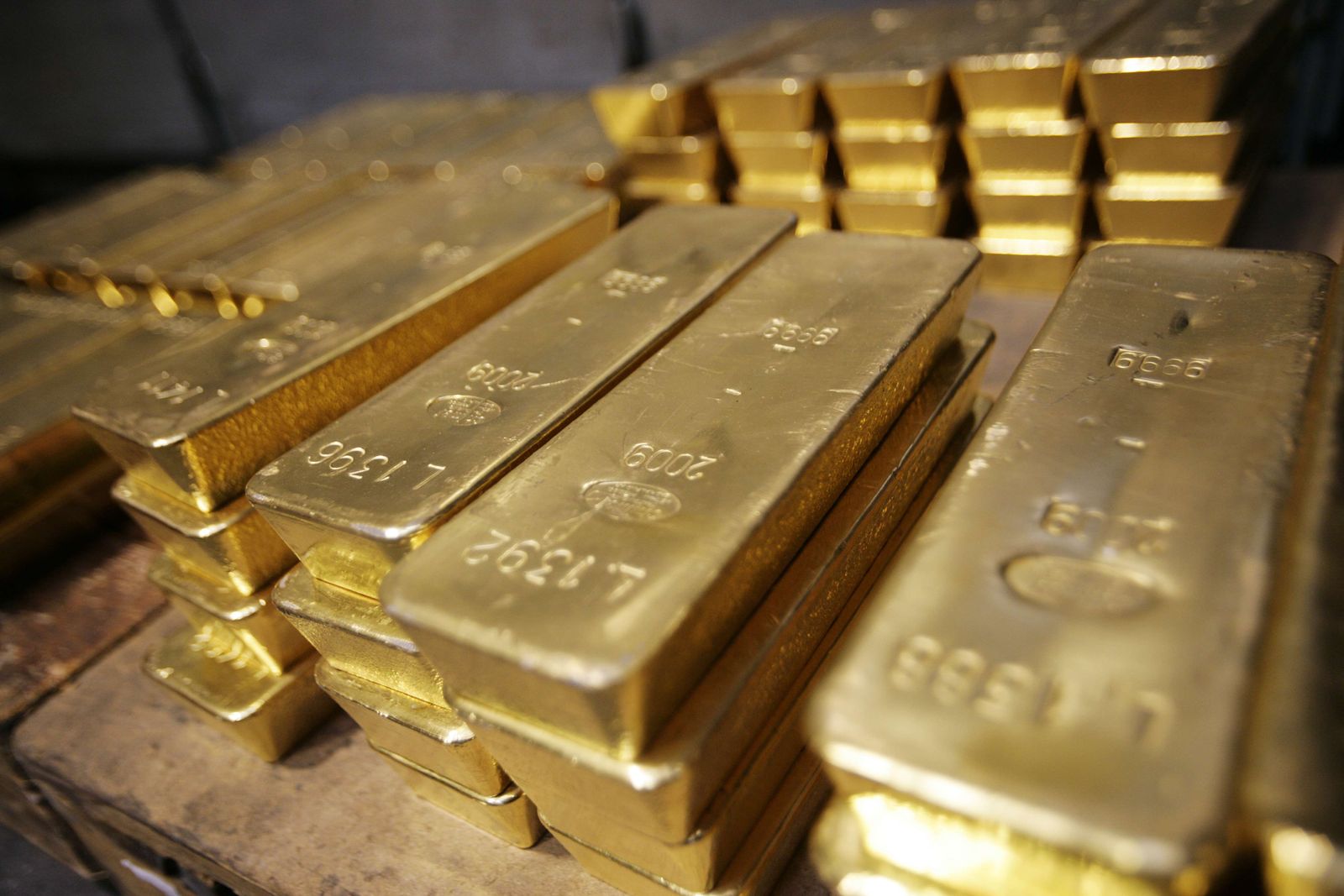 Is there gold in them thar vaults?