Parliament in Berlin on Friday voted to extend the German military's mandate in Afghanistan with the broad majority most had expected. With much of the opposition throwing its support behind Chancellor Angela Merkel's government, 420 parliamentarians voted in favor of extending the mission by one year. There were 116 "no" votes and 43 abstentions.

For the first time, the mandate includes a potential date for the beginning of the Bundeswehr's withdrawal from the war-torn country -- the end of 2011. Nevertheless, the text makes clear that any drawdown depends on the security situation in the country. The new mandate makes no change to the 5,000 troop ceiling and the 350-soldier reserve force. Currently, there are 4,900 German troops in Afghanistan. Forty-five German soldiers have lost their lives since the beginning of the mission in 2002.

"Today represents a real turning point ... in the Afghanistan mission," German Foreign Minister Guido Westerwelle said in an interview with the public television station ZDF prior to the vote. "For the first time, the German government has proposed not just extending the mandate but also to agree on the perspectives for withdrawal."

Conditions on the Ground

The inclusion of the language regarding withdrawal came after a public disagreement between Westerwelle and Defense Minister Karl-Theodor zu Guttenberg late last year. Westerwelle gave a pre-Christmas speech in which he seemed to promise that withdrawal would begin by the end of 2011. Guttenberg quickly issued a statement saying that conditions on the ground in Afghanistan would dictate whether any troop reductions would be possible.

The text of the mandate passed on Friday is seen as an attempt to unify the two positions. It also, however, helped ensure that the opposition Social Democrats would support the mandate. The center-left SPD has repeatedly called for a concrete withdrawal date, a popular demand among a German population that is increasingly skeptical about the war in Afghanistan. Recent surveys have shown that 63 percent of Germans would like Berlin to set a concrete withdrawal date.

SPD floor leader Frank-Walter Steinmeier likewise demanded that Berlin commit itself to a withdrawal timeframe. In an appearance on ZDF on Friday morning, he hinted that, should Merkel's government not begin withdrawal this year, the SPD may not support a mandate extension next year. The SPD's support on Friday, he said, "is a loan that we have given the government and the question is whether the government keeps to its promise and begins a withdrawal."

NATO plans to complete the handover of security responsibilities to Afghan forces by 2014. 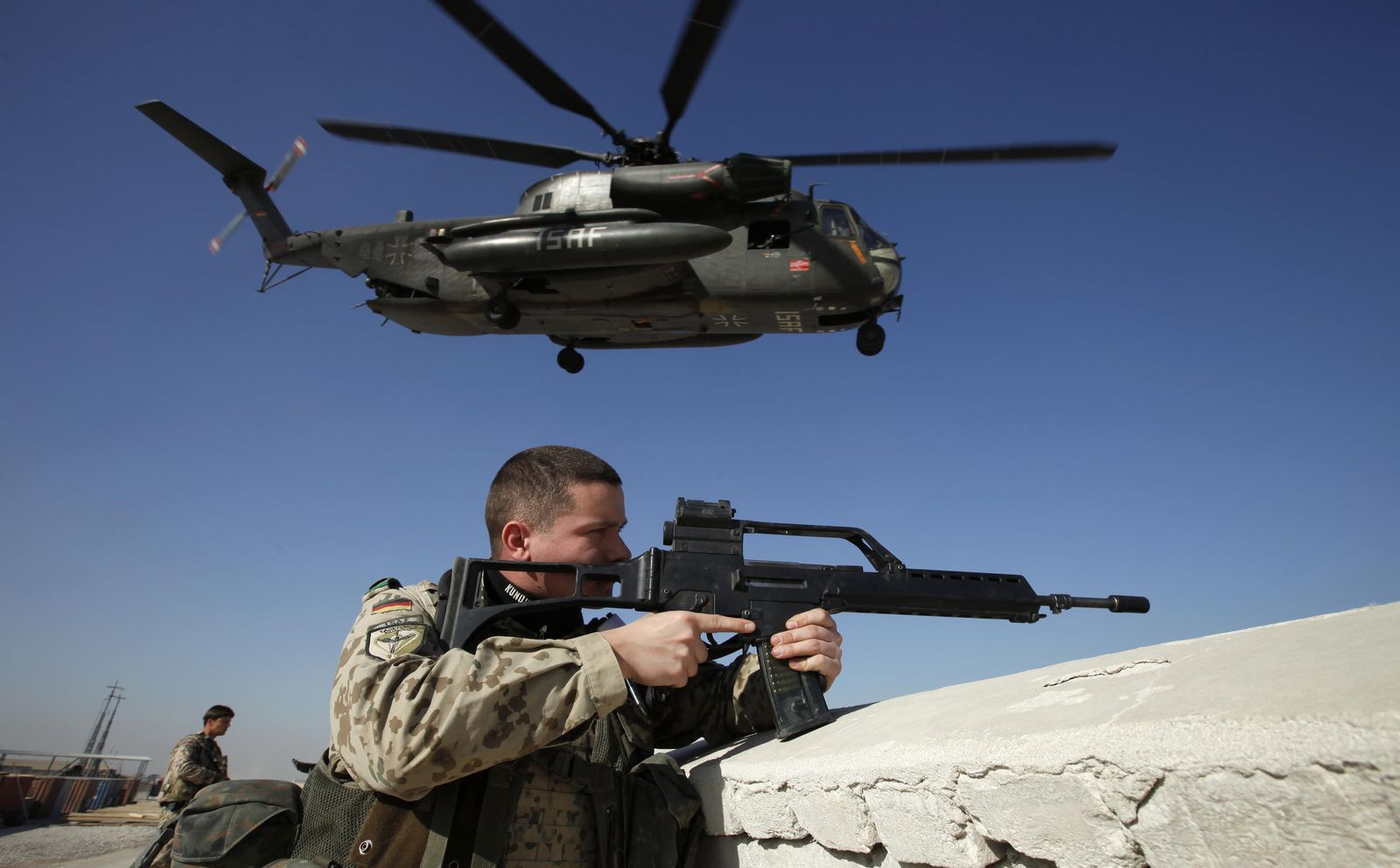 German troops have been stationed in Afghanistan since 2002.