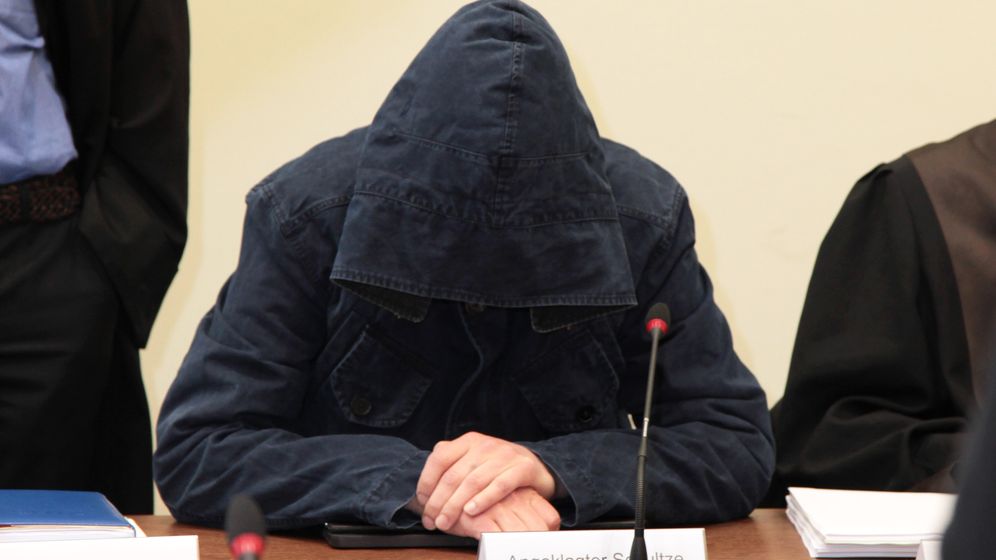 It was 4 p.m., and most in the courtroom were beginning to think about what they were going to do after work. But the judge had other ideas. He carefully asked the defendant Carsten S., born in 1980, if he was still focused. And then he quickly continued: "So tell us about the weapon."

It was a moment that many had been waiting for in the ongoing trial against a murderous neo-Nazi trio known as the National Socialist Underground (NSU) and its helpers. It is the largest neo-Nazi trial Germany has ever seen, and the primary defendant in the trial is Beate Zschäpe, accused of complicity in 10 murders between 2000 and 2007. Nine of the victims had foreign backgrounds while the 10th was a policewoman. The other two members of the NSU, Uwe Mundlos and Uwe Böhnhardt, committed suicide in late 2011.

But Carsten S. is key. He is thought to have been the one who provided the murder weapon used in all 10 of the killings, a Ceska 83 pistol with a silencer. "I remember," said S. "It was supposed to be a German manufacturer if possible. A handgun with ammunition."

Carsten S. is thought to have assisted the NSU in many other ways as well, but providing the gun is by far the most important help he provided. He says that his role was that of being "something of a buffer" between the NSU trio and Ralf Wohlleben, who is also on trial for having abetted the NSU. S. told the court on Tuesday that he would receive requests by telephone from either Mundlos or Böhnhardt and would then communicate them further to Wohlleben. One of those requests was for a weapon in 2000.

"Did you learn about the purpose of the weapon," the head judge asked? "No," S. responded. "Did you ask?" "I think I would remember if I had known anything," said S. "Did you wonder at all about the request for a weapon?" the judge wanted to know. "I have been trying to remember since then," came the response.

S. said that the issue of a silencer first arose when his source handed him the weapon. The source, S. said on Tuesday, had looked around but couldn't find one. "The two Uwes were surprised," S. testified. Surprised by what, exactly, the court wanted to know?

The question regarding the silencer is an important one. If S. knew that the NSU trio needed a silencer, it would be a strong indication that he knew that the weapon was not only going to be used for defense.

The defendant repeatedly said that he was unable to recall the exact sequence of events, not surprising given the amount of time that has since passed. He says he was unable to remember details of the discussion in which Böhnhardt and Mundlos requested a weapon. "I think that, if I don't remember, then it must have been a normal conversation, nothing special. I would remember anything abnormal," S. said. He said he wanted to help "them." When the judge asked who, exactly, he was referring to, he said "the three of them," clearly including the main defendant Zschäpe.

"What did you know about them?" the judge asked. "Nothing," S. insisted, adding that he only knew that they had gone underground or disappeared. "I didn't know where or how they lived or who was helping them." S., it would seem, just wanted to be helpful, and his testimony seemed credible.

Right to a Fair Trial

S.'s testimony came at the end of the first day of the trial following a two-week break, and again it was dominated by a motion from Zschäpe's defense team -- one to dismiss the case due to violations of the presumption of innocence and thus Zschäpe's right to a fair trial.

Defense attorney Anja Sturm said that her client has been victim of "unprecedented prejudice by representatives of the investigative authority and the state in general." Sturm was clear that she was not referring to the widespread presumption in the German media that her client is guilty. A similar motion brought by another defense attorney has already been rejected by the court. Rather, Sturm noted, her motion is based exclusively on statements made by Chief Federal Prosecutor Harald Range and other senior representatives of the state.

Even if it would be difficult to find anybody in Germany who didn't believe that Zschäpe was guilty, the motion is one that should be taken seriously. After all, several senior German politicians and officials have been speaking of Zschäpe for months as though she had already been convicted.

Still, it seems unlikely that the court will ultimately agree. And besides, there are plenty of further questions to be asked of Carsten S.