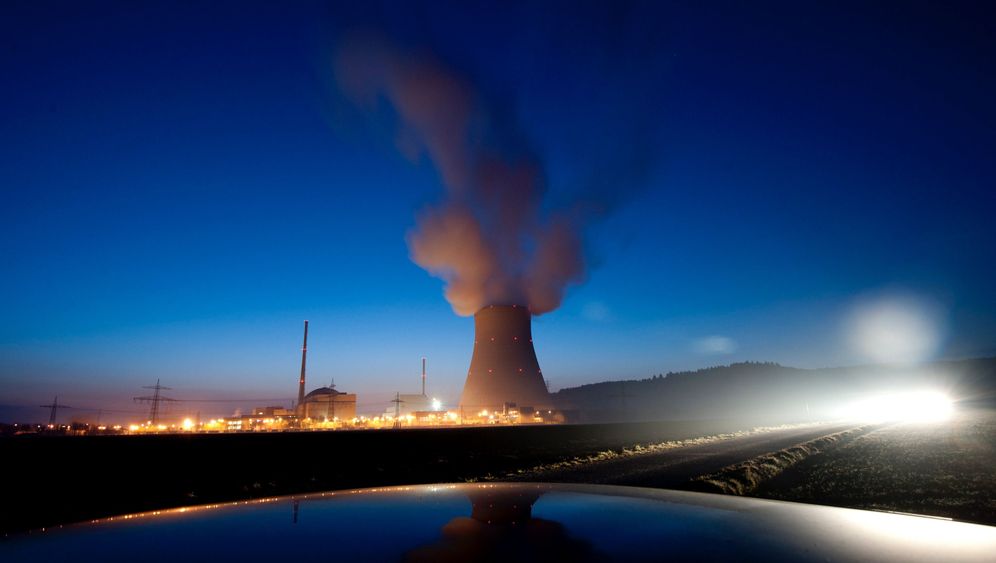 For German Chancellor Angela Merkel, the energy revolution can be as easy as pressing a single yellow button. That's what she did on Monday, May 2, to symbolize the transformation of the Stuttgart-based nuclear electricity provider EnBW into an environmentally friendly provider of wind energy.

In a ceremony in Zingst, a beach resort in the northern state of Mecklenburg-Western Pomerania, Merkel set the 21 rotors of the Baltic 1 offshore wind park in motion. The first commercial park of its kind in the German coastal region, Baltic 1 can produce enough electricity to supply up to 50,000 households. The chancellor enthusiastically called it a "new chapter in energy production."

It is not always as easy to embark on the path to a nuclear-free future as it was on that sunny day on the Baltic Sea coast. Despite the chancellor's determination to quickly phase out nuclear energy, the problems are mounting. There is disagreement within the government over important details, as members of the German parliament push for a greater say in key energy decisions. In addition, there are problems with Merkel's timeframe for phasing out nuclear energy.

Most of all, the chancellor faces a power struggle with the energy industry. What Merkel wants to avoid at all costs is to create the impression that she is cutting deals with the major German utilities, RWE, E.on, Vattenfall and EnBW. Only then, the chancellor calculates, will her sharp change of course acquire credibility. And only then can she differentiate her recent nuclear turnaround from the former Social Democratic Party (SPD) and Green Party coalition government's 2000 nuclear phase-out and the energy strategy her administration unveiled last fall, both of which involved complicated agreements with the electricity industry.

The only question is how Merkel will manage to get around the energy industry this time. The nuclear phase-out carries enormous legal risks for the German government. If the industry sues the government for compensation, the potential damages could quickly shoot into the double-digit billions. And the energy companies show little interest in making concessions. Senior executives at the utilities are irked by the fact that the government's phase-out plans are becoming more and more radical, the longer the debate over the energy revolution continues.

It is now clear that none of the eight older plants that were shut down as part of Merkel's post-Fukushima nuclear "moratorium" will ever return to operation. Germany's other nine nuclear reactors will also be shut down for good around 2020. Former German Environment Minister Klaus Töpfer, the chairman of a so-called "ethics commission" that Merkel set up to look into the future of nuclear power, has introduced the idea of a so-called review clause. The clause would require that an assessment be made in 2016 to determine whether the expansion of renewable energy is proceeding according to plan or whether additional measures are necessary.

But officials at the German Environment Ministry have a low opinion of such ideas. A review clause, they warn, could be misused as a back-door way of reversing the nuclear phase-out.

Three Is the Magic Number

Environment Minister Norbert Röttgen is already planning how to shut down the nuclear plants that are still in operation. To prevent the power grid from collapsing, he favors a gradual plan he describes with the catchy phrase "three times three." Under the plan, three plants would be shut down on each of three different dates in or around the year 2020. By that time, additional replacement units would have been built to augment the coal and gas power plants already under construction today.

The government is assuming that, in the case of nuclear reactors, the legal principle of the protection of legitimate expectations -- under which individuals and companies who made decisions that complied with a law in the past should not be adversely affected if that law is later changed -- expires after 27 years of operation, at the latest. By then, the government argues, the plants have been fully written off and have yielded an adequate profit. According to the government, after the end of this period lawmakers would have the right to revoke a plant's operating license without having to pay damages.

If these assumptions are correct, the government would not be taking any legal risks by permanently shutting down the seven plants that were temporarily taken offline under Merkel's decree in mid-March and subjected to an extraordinary safety inspection. All have already been in operation for more than 27 years. This also applies to the Krümmel reactor near Hamburg, which was shut down in 2009 following a short circuit in a transformer. If the 27-year rule were applied, even newer plants like Neckarwestheim 2, north of Stuttgart, would have to be shut down in 2016.

The government's argument is not new. In fact, it stems from the days of the SPD/Green Party coalition. During the nuclear phase-out negotiations in 2000, then Chancellor Gerhard Schröder and Environment Minister Jürgen Trittin argued that because the phase-out would take place after the plants were fully depreciated, it would not encroach upon the "substance of ownership."

But even back then, the utilities already made sure to equip themselves with legal opinions that disputed the validity of this argument. It is hard to imagine that the heads of these companies would fail to use those same opinions again today, now that Merkel's government -- which consists of the conservative Christian Democratic Union (CDU), its Bavarian sister party the Christian Social Union (CSU) and the pro-business Free Democratic Party (FDP) -- is trying to phase out nuclear energy even faster than its SPD/Green Party predecessors.

Sweetening the Deal for Power Companies

The government is also encountering resistance to its timeframe for the underlying phase-out law. Under the original plan, the Bundesrat -- the legislative body that represents the German states -- was to give the final approval to the phase-out on June 17. But that date is now unrealistic, because too much remains to be discussed within the coalition.

For this reason, the chancellor and the parliamentary floor leaders of the CDU and CSU agreed last Tuesday to extend the deadline. Under the new timetable, the Bundesrat will probably not address the nuclear phase-out until July 8.

The problem with this approach is that by then the moratorium that led to seven reactors being temporarily shut down will have expired. Legally speaking, nothing would prevent the electric utilities from starting up the old reactors once again. To address the problem, Ronald Pofalla, Merkel's chief of staff, has already tested the waters to determine if the utilities would be willing to keep the older plants out of operation until the legislation is passed. The question is whether the companies will play ball.

The government is placing its hopes in two arguments. First, the utilities have no alternative, given that the former SPD/Green Party coalition also demanded a rapid phase-out. Second, the coalition will sweeten the deal for the energy industry with the prospect of a profitable switch to gas and renewable energy.

Officials in the Environment Ministry have already identified regions in which modern, CO2-efficient gas power plants are to be built. For example, Munich's municipal energy supplier and the Baden-Württemberg-based EnBW are expected to build gas power plants with a total output of between five and six gigawatts in the Munich and Stuttgart metropolitan areas, respectively, by 2018 or so. This is roughly as much electricity as four nuclear power plants can generate.

In addition, the government hopes to entice the electric utilities by lowering an existing tax on nuclear fuel rods and reducing the level of payments that companies need to make into a fund to promote renewable energies. (The leading electricity utilities agreed to pay a portion of profits from operating reactors into the fund in return for Merkel's 2010 plan to extend the lifespans of Germany's nuclear plants.) The argument is that, if plant lifespans are not being extended, it will be hard to justify forcing the utilities to contribute to the fund.

To stimulate a surge of investment in renewable energy, the government wants to revise the current subsidy program. This would mean amending the Renewable Energy Law to include, for the first time, specific targets for green electricity's share of the country's energy mix. According to a benchmark paper, the government envisions a share of 35 percent by 2020 and 50 percent by 2030.

Investors in offshore wind parks, particularly the large energy companies, stand to benefit the most from the proposals. They can expect to receive higher payments and more advantageous loans from the state-owned KfW development bank. Government subsidies for geothermal projects are also expected to increase. Similarly, guaranteed prices for green energy produced by hydroelectric power plants are expected to be kept constant for 20 years, instead of being reduced, as is the case with other sources of green electricity. The new law would also include an additional bonus for natural gas produced from renewable raw materials.

Bavaria's ruling CSU party is already demonstrating how exactly the nuclear phase-out could work. The state of Bavaria plans to phase out nuclear energy by 2020, or by 2022 at the latest. "The share of gas power plants in electricity generation must be increased to up to 50 percent," reads the energy strategy developed by Bavarian Environment Minister Markus Söder. The plan also foresees the share of renewable energy sources in electricity generation being doubled by 2020, to more than 50 percent (see graphic).

The CDU, the CSU's larger sister party, isn't being quite as forceful. Instead of announcing concrete dates for the phase-out of nuclear power, the CDU leadership is taking more of a pro-business tone. According to a document that the party leadership approved on Monday, the phase-out should not impair "the competitiveness of the German economy." The party is keen that energy does not become "the new hot-button issue of the 21st century."

Whether the prospect of turning a healthy profit with alternatives to nuclear energy will be enough to convince the nuclear industry executives to cooperate is more than questionable, however. E.on CEO Johannes Teyssen has already made it clear that, in terms of the question of filing a lawsuit against the government's plans for an energy transition, all options are on the table. 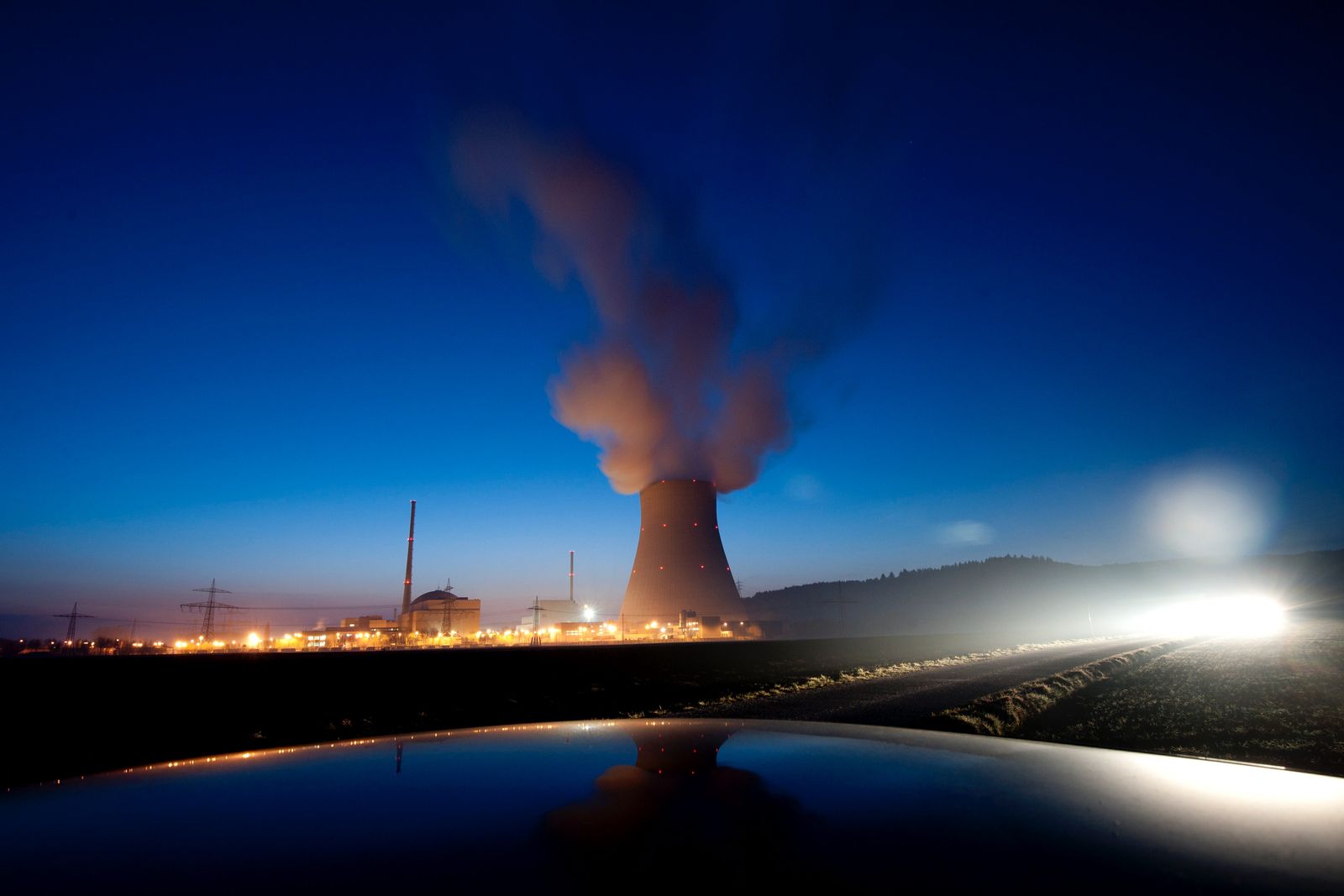 Chancellor Angela Merkel is pushing ahead with her plans to phase out nuclear power in Germany.