Now it is official. On Wednesday evening, following more than a week of mounting indications that German Defense Minister Karl-Theodor zu Guttenberg had inadequately cited several extensive passages in his dissertation, the University of Bayreuth, which had awarded him a Ph.D. in 2006, withdrew the title of doctor.

Guttenberg, said university president Rüdiger Bormann, had "objectively not conformed" to academic standards. It is not permitted, he continued, to take passages word-for-word without adequately citing where they originated.

It was a strategic move by Guttenberg, one clearly aimed at allowing Chancellor Angela Merkel to resist calls from the opposition to relieve her defense minister of his cabinet position. And it was an opportunity she took full advantage of. On Tuesday, she gave Guttenberg her full political support, saying that his Ph.D. title was a private affair and that, when she named him to her cabinet, she had not been seeking an "academic assistant."

'You Have Lied and Deceived'

Germany's opposition remains unconvinced. Guttenberg was in parliament on Wednesday to face questions about the affair, and politicians from the center-left Social Democrats, the Green Party and the far-left Left Party demanded that he resign.

"You have lied and deceived," said leading SPD parliamentarian Thomas Oppermann. "I find it intolerable that the chancellor has decided that an academic impostor and a liar can continue to be a member of her cabinet." Jürgen Trittin of the Green Party said, "Ms. Chancellor, it cannot be allowable that the German military is commanded by a Felix Krull," a reference to Thomas Mann's famous con-man. Left Party parliamentarian Dietmar Bartsch, referring to Guttenberg's title as a baron, said "there was a time when the nobility knew what to do in such a position."

The defense minister, however, displayed remarkable calm throughout the grilling. And it was a calm born out of confidence. A survey released on Wednesday by the German public television station ARD found that fully 73 percent of Germans are satisfied with his job performance. Seventy-two percent believe that Guttenberg's relinquishment of his doctor title is sufficient punishment and that he should be allowed to continue in his position.

Even as Guttenberg looks to have withstood the scandal, the number of passages in his dissertation that seem to have been plagiarized continues to mount. Whereas last week's story in the Munich-based daily Süddeutsche Zeitung, which triggered the affair, spoke of a handful of inadequately cited paragraphs, the number of problematic sections has since ballooned to well over 100. In addition to copying and pasting parts of newspaper articles and journals, Guttenberg also included entire research notes he commissioned from parliamentary research assistants. Indeed, the opposition has accused Guttenberg of abusing his position as a result -- it is not allowed for government officials to make use of parliamentary research assistants for private matters.

It remains to be seen what the long term effects of the affair might be for Guttenberg. He has long been seen as the future of Germany's conservatives and has even been mentioned as a possible chancellor candidate. For now, however, it looks as though the damage has been minimal.

And Guttenberg himself has sought to portray himself as being suitably chagrined. The "errors," he said, stemmed from his attempt to write the dissertation in parallel with his position as a parliamentarian and his duties as a husband and father. "It was surely cavalier of me to believe that I could square the circle."

He failed to indicate if the sentence was his alone -- or if it was borrowed without citation. 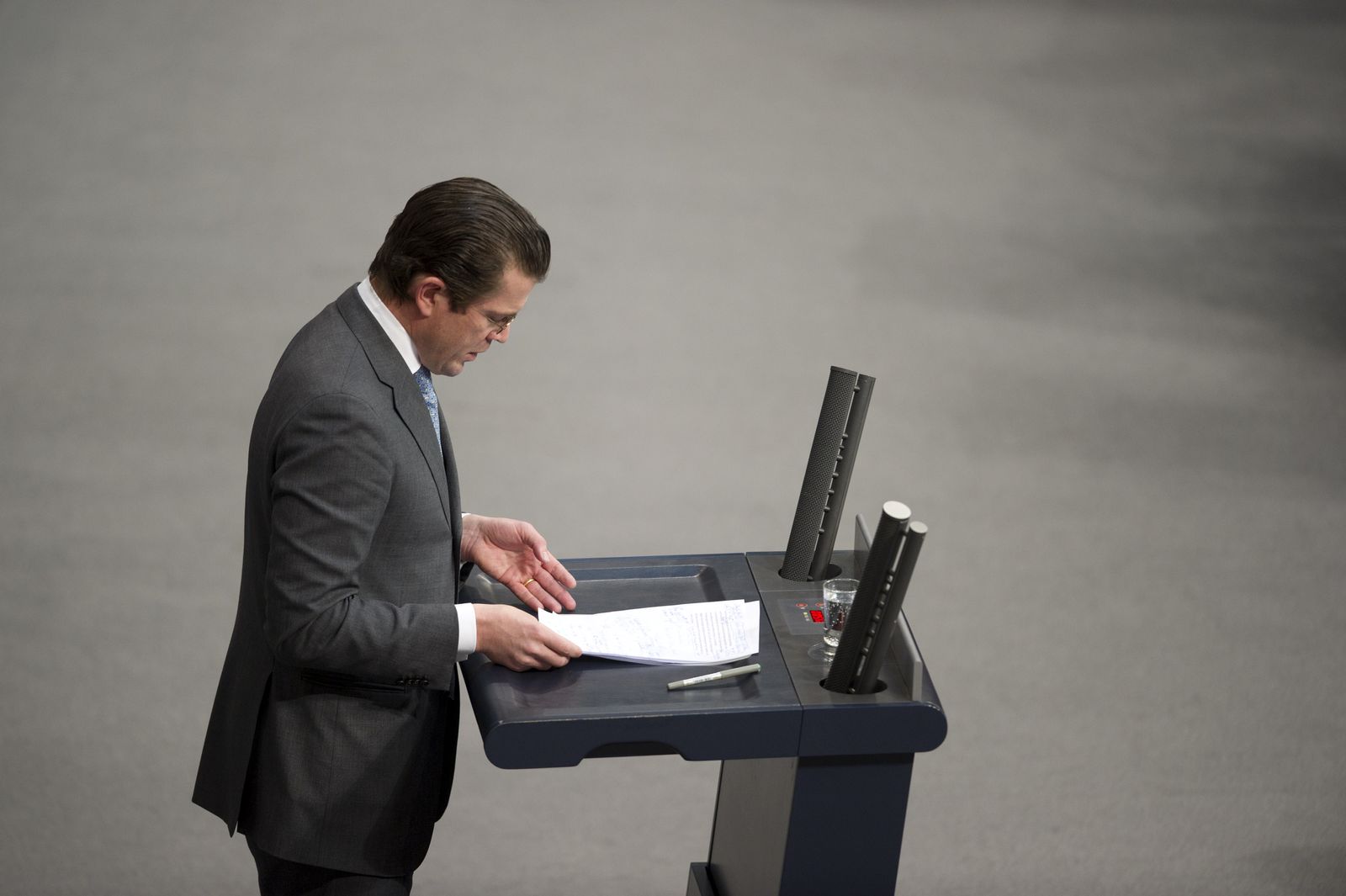