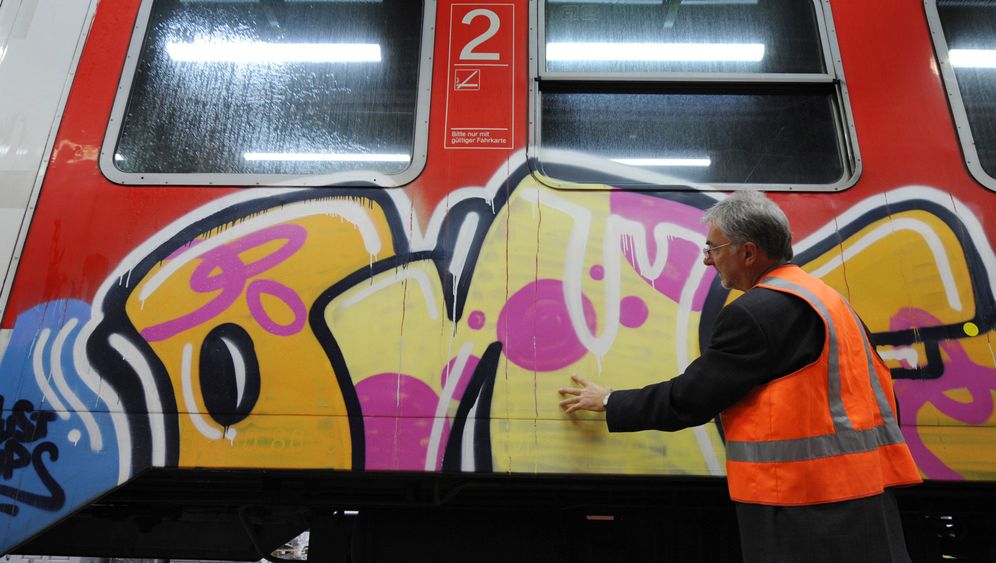 Vandals who daub graffiti onto trains are costing German national rail provider Deutsche Bahn a lot of money, but now the company has found a new way to fight back -- drones.

In the coming weeks, Deutsche Bahn will test new technology to catch the perpetrators in action, the Sunday edition of mass-circulation daily Bild reported.

"We must find new ways to fight graffiti," the company's security chief Gerd Neubeck told the paper. In 2012 alone, trains were defaced some 14,000 times, costing Deutsche Bahn some €7.6 million ($9.8 million), he said.

The new drone, outfitted with an infrared camera and the company's red and white logo, will use GPS to document the times and places where vandals are observed, making it easier to prosecute offenders. Flying at an altitude of some 150 meters (492 feet), it will be able to keep watch for more than 80 minutes at a time, quietly whizzing through the sky at up to 54 kilometers (33 miles) per hour. It can also be put on autopilot function for stretches as long as 40 kilometers, the paper said.

These capabilities will allow Deutsche Bahn to observe large areas in a short amount of time, a company spokesman said. Concerns about data protection, however, mean that the drone will initially be used only on company-owned property.