Over the past week, the city of Mainz has faced a rail travel nightmare: Staffing problems at Deutsche Bahn have caused countless trains to and from the city to be cancelled or delayed, leaving commuters and travellers in a state of frustrated limbo just as the school year begins. Now, with news that the transportation crisis could continue until the end of August, and possibly even longer, the already troubled Deutsche Bahn faces a public relations disaster that hints at the broader issues plaguing the national railway.

The problems in Mainz, a travel and media hub of 200,000 people just south-west of Frankfurt , began 10 days ago, when a shortage of dispatchers caused trains to be cancelled or rerouted at night or during the evening. Of Mainz's 15 train dispatchers, eight were either sick or on vacation, meaning there weren't enough people to safely control the entry and exit of trains into the Mainz station.

The situation has only worsened since. As of Monday, daytime train travel to the city was also facing disruption. Deutsche Bahn has asked three vacationing dispatchers to return from their vacations early, but, as a Deutsche Bahn spokesperson told Süddeutsche Zeitung, "they cannot be forced to return." The company has also approached retired train dispatchers about returning to the job.

The anger at Deutsche Bahn mismanagement has spilled into the media. Mainz mayor Michael Ebling complained to the Süddeutsche Zeitung that Deutsche Bahn's management strategy is "out of the stone age," and that their mistakes were damaging his city. Free Democratic Party (FDP) floor leader Rainer Brüderle argued that the situation is turning Deutsche Bahn into an international laughing stock. FDP General Secretary Patrick Döring, has called for the vacationing workers to return to work for the sake of the company's reputation. The crisis has also claimed its first casualty: Hansjörg Hess, the head of production at DB Netz AG, a Deutsch Bahn subsidiary railway infrastructure provider, was relieved of his duties.

But the Mainz problems point to broader understaffing problems that have plagued the Deutsche Bahn in recent years, in particular since its aborted attempts at an IPO in 2008. In preparation for the IPO, the company had cut spending and laid off workers, but when it was postponed because of the tumultuous market as the global financial crisis took hold, the company was left understaffed and deprived of the infusion of liquidity it had hoped the IPO would provide. The company has struggled to rehire workers since Rüdiger Grube took over as CEO in 2009 -- it currently has 1,600 positions in need of filling. The company cannot hire train dispatchers on short notice because of long training periods and the extensive expertise required, the company says.

DB Netz AG Chairman Frank Sennhenn acknowledged in an interview with German public television on Monday morning that the personnel "situation across the country is strained." The Railway and Transport Union (EVG) has warned that similar crises could occur in Cologne, Berlin, Hamburg or other major German cities because of personnel shortages, and that, in many places, employees were working long overtime hours and had pushed back much needed vacation time to fill the gaps. Sennhenn told ARD that the company planned to hire 600 new dispatchers in 2013, but according to the EVG, German rail needs to hire a total of 1,000 to fill the need. EVG head Alexander Kirchner told the daily Frankfurter Allgemeine Zeitung that, given such a situation, asking Mainz dispatchers to return from their "much-needed vacations is simply mean."

Deutsche Bahn has faced a difficult summer for other reasons as well. This year's catastrophic flooding caused the disruption of train traffic in many parts of the country, including a crucial rail link between Berlin and western cities like Frankfurt and Cologne. A July report showed that the company's net earnings had dropped 29.2 percent in the first six months of 2013 compared to the same period last year, which the company blamed on higher energy and staff costs, along with the flooding and the long winter.

The company is hoping that it will soon be able to put the situation in Mainz behind it. Sennhenn said on television on Monday that Deutsche Bahn may be able to announce a solution as early as Tuesday. He gave no indication as to what it might be. 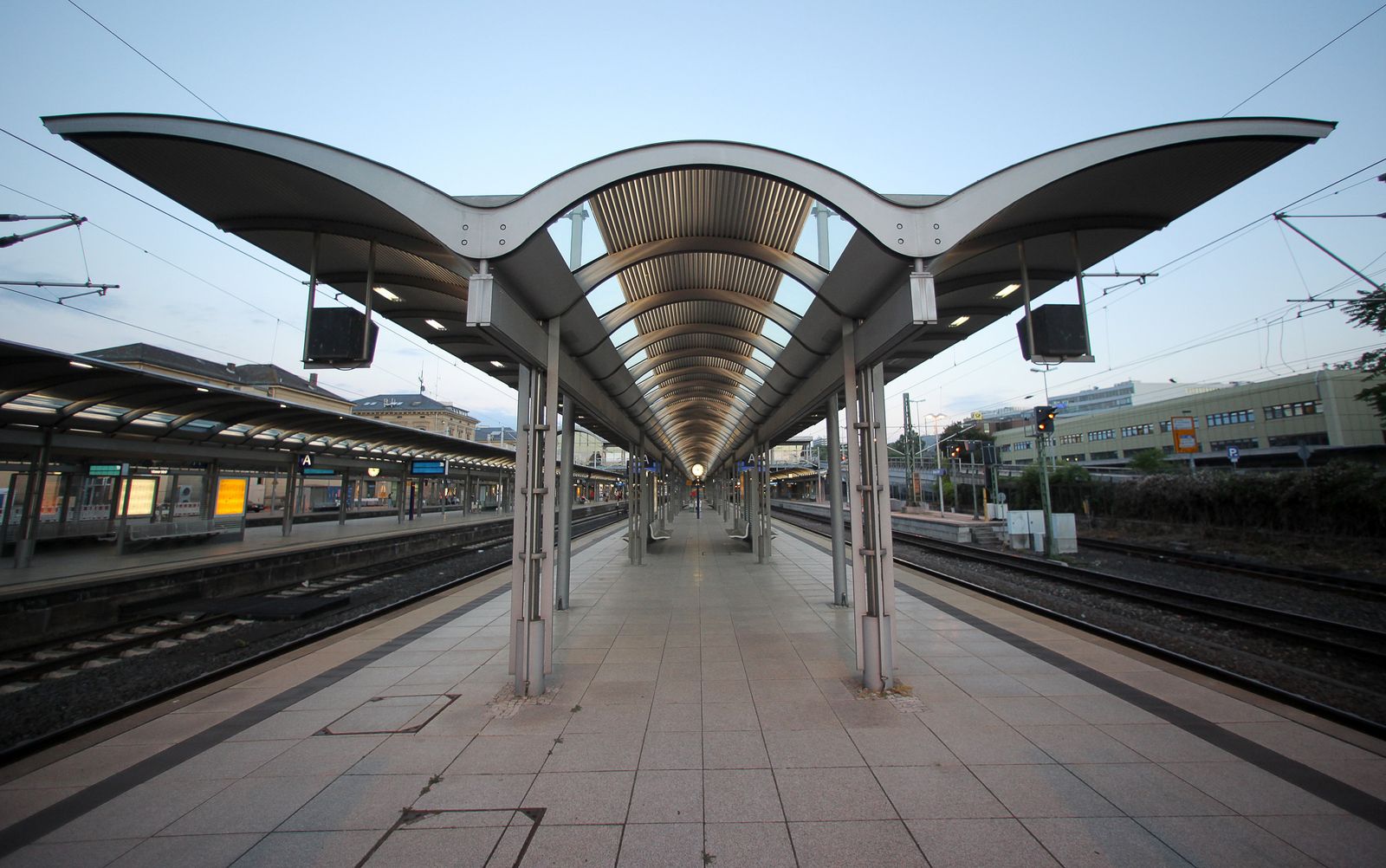 A personnel crisis has left Mainz's train station much emptier than usual.