There is no end in sight to a bizarre dispute between Germany and Thailand over the impounding of the personal jet of Thai Crown Prince Maha Vajiralongkorn, 58, at the Munich airport.

German insolvency officials seized the Boeing 737 two weeks ago in an attempt to force the Thai government to repay an outstanding debt exceeding €30 million ($43.4 million) to a German construction firm, Walter Bau, which built a 26-kilometer (16.15 mile) stretch of motorway in Thailand in the 1990s.

Thailand responded by saying the plane wasn't government property and belonged to the Thai royal family. In mid-July, Foreign Minister Kasit Piromya personally traveled to Berlin to secure the release of the plane. According to the Bangkok Post, he warned that German-Thai relations would be damaged if no satisfactory solution were found, and said German authorities were making a "huge mistake."

But the German government said it couldn't intervene in a court matter. Meanwhile, the prince, in Germany on a summer vacation, went picking strawberries in the Bavarian countryside -- 60 kilos of them -- with his entourage in a convoy of unimpounded limousines. Reports say he also browsed toy stores and enjoyed the German delicacy of sausage covered in curry sauce.

A court last week ruled the plane could be released upon payment of €20 million in cash or guarantees, an offer the prince declined. He finally returned to Bangkok. German media reports said he had a second jet flown in to pick him up.

The vice president of the district court in the Bavarian town of Landshut, Christoph Fellner, said on Monday he did not expect the money to be paid anytime soon -- which means the Prince's Boeing will remain in a hangar at Munich airport for the foreseeable future.

The prince, a regular visitor to Germany, would be well advised to keep his other plane out of German airspace in the future. The insolvency administrator, Werner Schneider, was quoted by Bild am Sonntag on Sunday as saying he was ready to impound that as well. 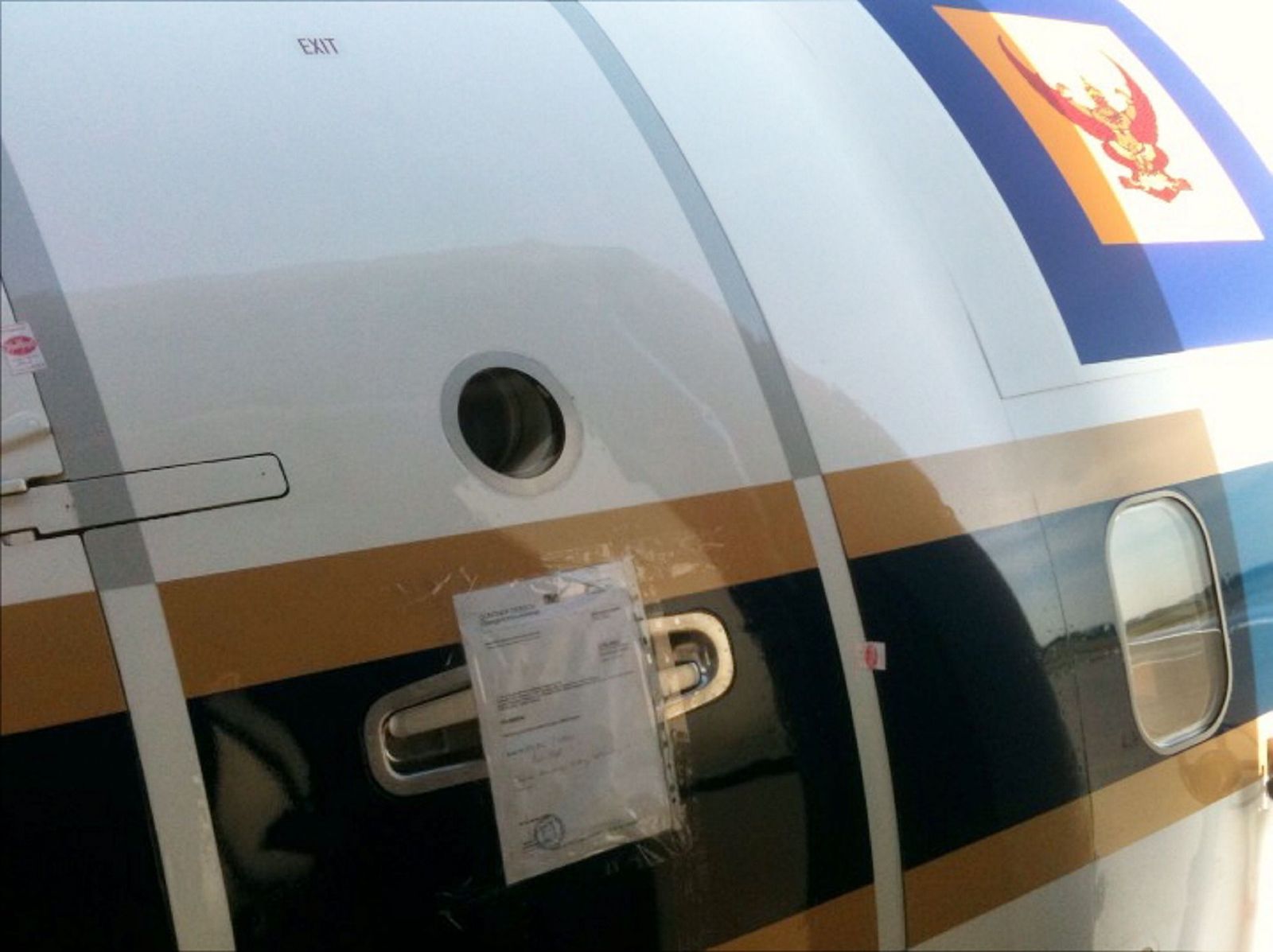 A notice taped by insolvency officials on the personal jet of the Thai crown prince, impounded in Munich in a debt dispute.