Last Wednesday, the German government flew two federal police officers employed at the German embassy in Tehran back to Germany for security reasons, SPIEGEL has learned.

The Iranian secret service placed false reports last week about the alleged arrest of two German diplomats in connection with an opposition protest. The reports made international headlines earlier this week. But at the center of the issue is a controversial love affair conducted by a German police officer.

Iranian state news agency Insa released a report that the two officers had been arrested on Dec. 27 and had contacts to the so-called green opposition in Iran and were supporting the protests against the regime. The German Foreign Ministry swiftly denied the report. German Foreign Minister Guido Westerwelle even thought it necessary to publicly respond to the allegations.

In truth, though, the story is a little less scandalous, but still embarrassing for the German government and the Foreign Ministry. There's no diplomatic scandal behind the news released by the Iranians. Instead, a German police officer had a slightly bizarre affair with an Iranian women that had been uncovered by the Iranian secret service.

A Story Straight out of a Thriller Novel

The officer had never been arrested at a demonstration as had been reported. In fact, Iranian police merely conducted controls in early November of the two federal police officers, who worked in the embassy's security department.

One of the two, chief police officer Joerg B., had already drawn the attention of the secret service because of his relationship with an Iranian women. Local authorities claim the woman had ties to opposition leader Hossein Mousavi.

The description of the woman by Insa, which described her as an agent, could have come out of a thriller novel. The news agency claimed the diplomats obtained information from the alleged agent "at anytime of day or night." And it accused her of having recruited a network of youth to help coordinate protests who were deployed during the riots on the Ashura Shiite day of commemoration. The report alleges officials found gold and precious metals on the alleged agent, which they claimed had been pay for her work.

The reality, though, is a bit different. The regime's agents collected very different information about the Iranian woman. German authorities believe that the Iranian secret service intercepted e-mails from the police officer to the Iranian woman that he sent from his work e-mail account managed by the German Foreign Ministry.

The incident once again underscores the level of scrutiny and observation the Iranian regime places on the German embassy in Tehran and how little regard it has for diplomatic status.

But the incident is also embarrassing for the Foreign Ministry because it mirrors a similar event that took place just one and a half years ago. Ingo W., a senior police officer at the embassy, had an affair with an Iranian women and had to leave the country in 2008.

The fact that the Iranian government has now gone public with this information and connected it with the Iranian opposition movement clearly appears to be for political reasons. Tehran is deeply upset by the German government's support for Israel's calls for tighter sanctions against Iran. German Chancellor Angela Merkel reiterated her support for further sanctions earlier this week during a visit to Berlin by Israeli President Shimon Peres.

The two officers sent back this week are expected to be questioned by officials. The Foreign Ministry also plans to further sensitize its workers to the fact that, with a tense situation in Iran, private relationships can quickly take on a political dimension. 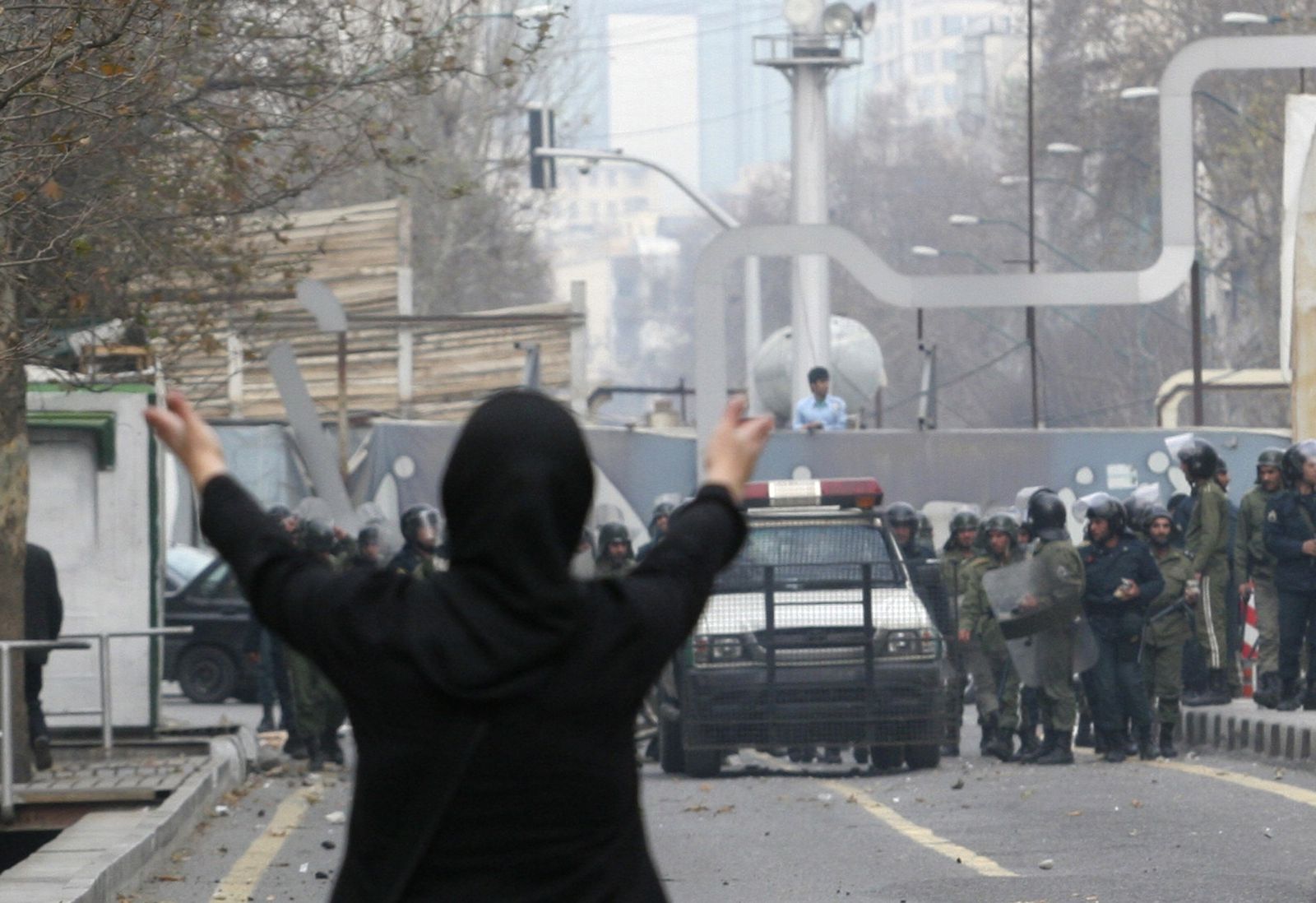 A protester in Iran: A German federal police officer has been caught in a strange relationship in Tehran.