It was a proud day for German science when, on June 1, 1990, Rosat was launched into orbit from Cape Canaveral. The research satellite was chock full of the most modern technology available, allowing scientists the ability to search the skies for the source of X-ray radiation for the first time.

Rosat didn't disappoint. Originally, it was to remain in operation for 18 months, but ultimately in collected data for almost nine years. The satellite registered tens of thousands of radiation sources, which included distant galaxies and black holes.

In the end, though, Rosat nearly caused what would have been among the worst catastrophes in the history of space exploration. In the night from Oct. 22 to 23 last year, the defunct satellite fell to Earth -- just barely missing the Chinese capital Beijing, population 20 million. According to calculations by the European Space Agency, satellite fragments, travelling at speeds of some 450 kilometers per hour, came perilously close to crashing into the city.

The satellite needed 90 minutes to orbit the Earth, "Beijing lay directly in the path of its last orbit," said Manfred Warhaut, a unit head at the European Space Operations Centre in Darmstadt, Germany. An impact "was very much within the realm of possibility," added Heiner Klinkrad, head of the ESA's Space Debris team.

The consequences could have been grave. Rosat weighed 2.5 tons. Normally, some 20 to 40 percent of a satellite reaches the Earth's surface when it falls out of orbit. "But with Rosat, we knew it would be around 60 percent because it was made out of particularly heavy and durable parts," said Klinkrad.

Parts of the satellite would likely have torn deep craters into the city, may have destroyed buildings and almost certainly would have resulted in human casualties. German-Chinese relations would likely have suffered as well.

The experts at ESA had had their eye on Rosat for many years. Once the satellite ceased operations in 1999, there was no longer any way to steer or otherwise control it. Slowly it began descending out of its orbit.

In Darmstadt, Klinkrad's team attempts to identify dying satellites like Rosat and to calculate as early as possible where they might strike the Earth's surface. But precision remains elusive. Only just before impact is it possible to calculate the corridor most at risk.

Officials at the ESA and at the German space agency DLR were thus greatly relieved when Rosat plunged into the Bay of Bengal's waters on the night of the Oct. 22 and not into the Chinese capital. But it was close. "Our calculations showed that, if Rosat had crashed to the ground just seven to 10 minutes later, it would have hit Beijing," says Klinkrad.

In addition to the likely human toll, it would also have been expensive for Germany. An international treaty makes those responsible for placing a satellite in orbit responsible for any damage caused when it comes down.

It is a provision that almost had to be applied to China and Russia in mid-January. The Russian space probe Phobos-Grunt, which was also carrying a Chinese orbiter to Mars, crashed back to Earth on Jan. 15 due to a technical defect. It fell into the eastern Pacific Ocean. Had it remained aloft for just a few more minutes, it would have crashed into South America. 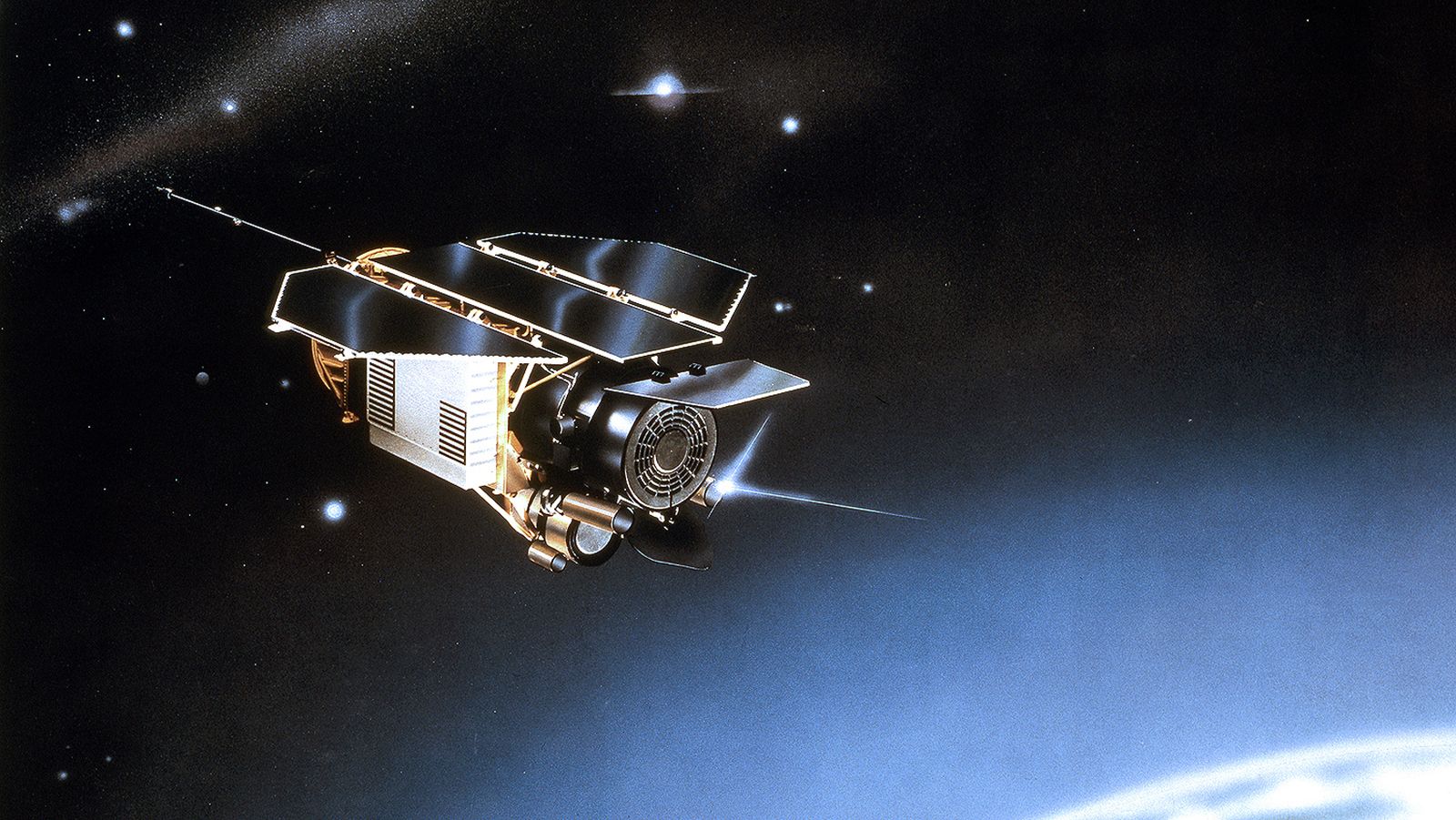