Julian Assange is the public face of the whistleblowing organization WikiLeaks, and Sunday's publication of the leaked US diplomatic cables will have raised his profile even higher. In fact, the former hacker is now a leading candidate for Time magazine's "2010 Person of the Year."

But former members of the organization have criticized his supposedly autocratic leadership style. "I am the heart and soul of this organization, its founder, philosopher, original coder, organizer, financier and all the rest. If you have a problem with me, piss off," Assange famously wrote to one internal critic.

Now a group of former WikiLeaks activists are planning to launch a whistleblowing platform of their own in mid-December, according to a report in the Wednesday edition of the German newspaper Die Tageszeitung. The group stresses that the as-yet-unnamed platform should not be seen as a competitor to WikiLeaks but as a different approach, the newspaper wrote.

"As many people as possible should have access to as many documents as possible," the former Germany spokesman for WikiLeaks, Daniel Domscheit-Berg, told the newspaper.

Domscheit-Berg criticized WikiLeaks for concentrating on publishing material about the US while other information was neglected. "There was a lack of transparency about how decisions had been reached," he told the newspaper. "That's why I trust this organization as little as I would trust another organization with similar problems."

Domscheit-Berg has written a tell-all book about his experiences with WikiLeaks, titled "Inside WikiLeaks," which will be published in German by the Berlin-based publisher Econ Verlag in January 2011. A spokeswoman for the publisher told SPIEGEL ONLINE that there were no immediate plans to publish an English version, but that it was "entirely possible" that the book might be translated.

'We Wish Them Luck'

Back in September, Domscheit-Berg, at the time the second-best known member of WikiLeaks, announced in a SPIEGEL interview that he was leaving the organization out of dissatisfaction with how Assange was running the project. "Unfortunately we've reached a dead end," he said. "Julian Assange reacted to any criticism with the allegation that I was disobedient to him and disloyal to the project."

For its part, WikiLeaks has said it would welcome rivals. "There is some indication that Daniel and some others are setting up a similar venue, and we wish them luck," said Kristinn Hrafnsson, a WikiLeaks spokesman, in an interview quoted by the Wall Street Journal in early November. "It would be good to have more organizations like WikiLeaks."

Meanwhile pressure is increasing on Julian Assange in relation to an alleged sex offence. Interpol announced early on Wednesday that it had issued a "Red Notice" asking people to contact the authorities if they had information on his location, which is currently unknown. Assange is wanted for questioning in Sweden over the alleged crime, which he denies. Interpol stressed that the "Red Notice" is not an international arrest warrant. 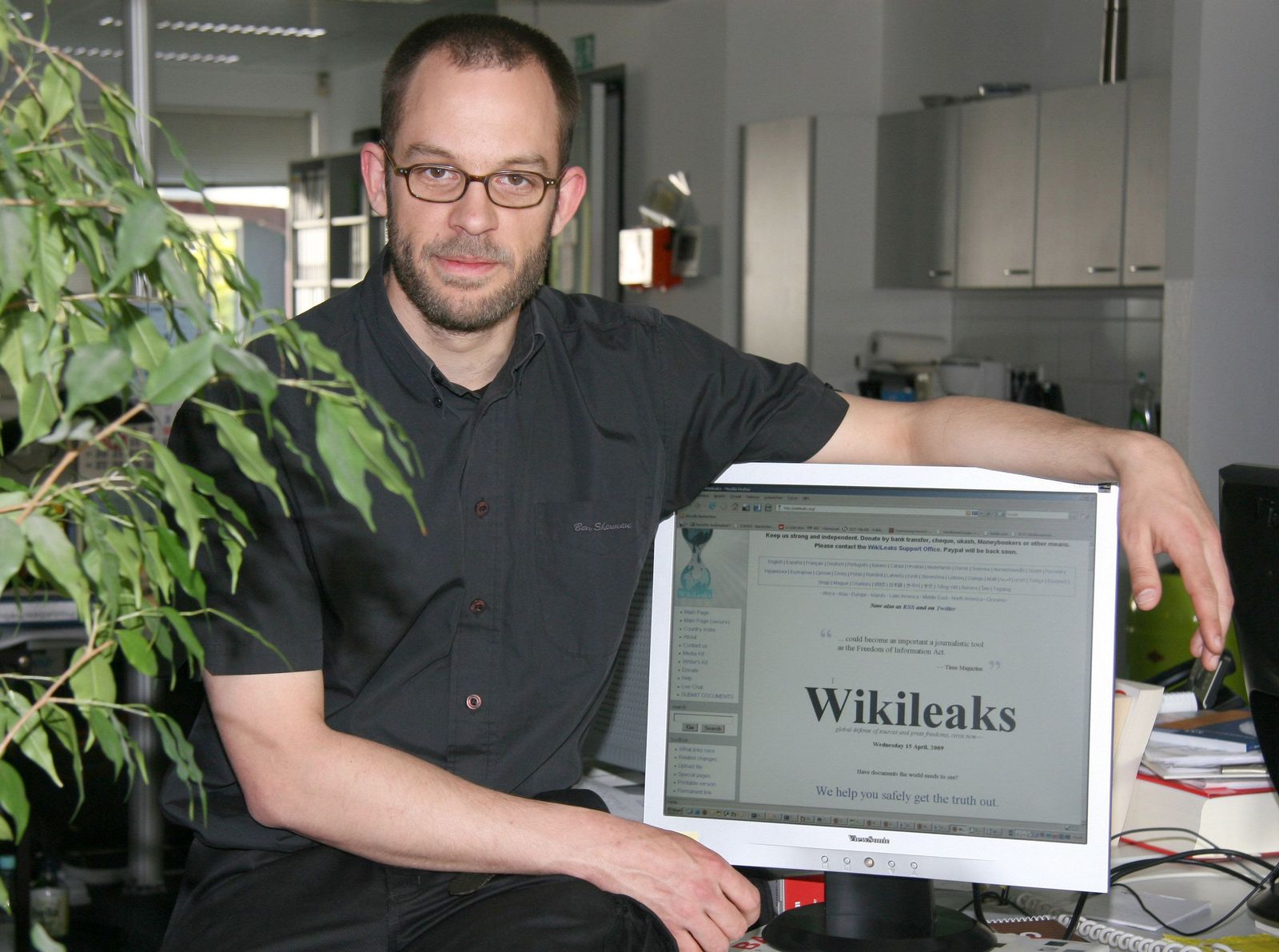 This April 2009 photo shows Daniel Domscheit-Berg, who went by the name Daniel Schmitt at the time, back when he was WikiLeaks' Germany spokesman.