In November of 1982, Germany's business-friendly Free Democratic Party (FDP), today the junior coalition party of Chancellor Angela Merkel's ruling conservatives, threw a party at the close of its federal convention. The invitations promising "disco and discussion" went out not only to party members who had participated in the convention in Berlin, but also to a selection of gays, lesbians -- and pedophiles. The invitation bore the FDP logo, emblazoned at the bottom right, and explicitly welcomed "Lesbians and Liberals, Gossips and Sisters, Celebrities and Pederasts."

The gathering was organized by the working group on homosexuality of the party's regional association in Berlin. Jürgen Kunze, regional party chair, signed off on it. The invitation also went to at least 26 party functionaries. No one raised any opposition.

Pedophiles and the FDP? Deputy party chair Sabine Leutheusser-Schnarrenberger, who serves as Germany's Justice Minister, is sure there must be some mistake. "Pedophilia was not and is not an issue in the FDP. Not in the party's history and certainly not today," she told daily newspaper Die Welt threeweeks ago.

But that isn't true. Documents from archives linked to the FDP show that the classically liberal party decidedly did demonstrate tolerance and support for pedophiles' views in the early 1980s.

For one thing, the Young Democrats, the FDP's youth organization at the time, resolved at its general assembly in March 1980 to support the removal of Paragraphs 174 and 176, which forbid sexual abuse of children and teenagers, from the German Criminal Code.

This tolerance of pedophiles' views, though, went far beyond just the FDP-funded Young Democrats. From today's perspective it seems incomprehensible that the FDP ever discussed decriminalizing sex between adults and children. But in the wake of the massive societal changes brought about by the "1968 generation," many in the FDP, much like their counterparts in the Green Party during the same period, were no longer certain where the boundaries of tolerance should lie. And many in the party felt an obligation to aid the project of emancipation.

"This was the spirit of all those who saw themselves as working for civil rights and wanted to liberate society completely from the 'fug' of Adenauer's republic and from the 'anti-sex bigotry' of Catholicism," writes Franz Walter, a professor in Göttingen who is investigating the Green Party's past entanglement with pedophiles.

That liberal spirit brought about the long overdue decriminalization of homosexuality, but also led to calls to do away with Paragraphs 174 and 176. According to Walter, the FDP was "unquestionably the first place to turn" for civil rights activists and sexual reformers. In its struggle to achieve the highest possible degree of liberality, the party lost perspective.

A campaign ad for the FDP ahead of Berlin's 1981 state parliament election provides a prime example. "The taboo is broken!" reads the heading, followed by text praising five of the party's initiatives. In addition to worthwhile projects such as a counseling center for gays and lesbians in Berlin's Kreuzberg district, the FDP also obtained government funding for the General Homosexual Working Group (AHA). At the time, AHA didn't just advocate the urgently needed decriminalization of homosexuality -- it was also a lobbying group for pedophiles.

This meant taxpayers' money went to an organization whose "Working Group on Pedophilia" called for a reform of Germany's sex crime legislation, offered support to pedophiles facing trial and published corresponding views on these subjects in the country's newspapers. Olaf Stüben, one of the most famous and outspoken pedophiles of the period, was coordinator of AHA at the time the ad was published.

FDP members of the Bundestag, Germany's parliament, also took up the subject of sex crime legislation. On May 5, 1981, the FDP's parliamentary group invited experts to a hearing on the possibility of repealing the notorious Paragraph 175, which made homosexuality a crime.

The 11 experts who accepted the invitation included lawyers specializing in criminal law, sex researchers, a social worker and two gay activists. And among them were two professors, Rüdiger Lautmann and Helmut Kentler, both known at the time for their pro-pedophilia stance. Lautmann, a sociologist, told the parliamentarians that current beliefs concerning "age differences, the behavior of the younger party and the nature of the sexual contact" were entirely incorrect.

A Presentation on Pedophile Therapy

Kentler, a sex researcher who taught social education at Hanover University, even sat on the board of the German Study and Working Group on Pedophilia (DSAP) in 1980. At his appearance before the FDP parliamentary group, he presented a report on a project in Berlin being funded by the city's senate.

As a psychologist, Kentler explained, he worked with children in the foster care system who suffered from "secondary mental retardation." Starting in 1970, he explained, he placed these boys, ages 13 to 15, in the homes of pedophiles. He felt he had a good reason for doing so. "These people were able to put up with these retarded boys only because they were in love with them, infatuated with them, crazy about them," Kentler said. He added that these "relationships" were closely supervised.

It was an outrageous act, a professor of psychology placing vulnerable young people at the mercy of self-confessed pedophiles. Yet this didn't seem to disturb the FDP parliamentarians. According to a transcript of the hearing, there were no interjections or questions.

The FDP had connections even to those highest up in the pedophilia movement. In 1980, the highly active DSAP shared a post office box with the Humanistic Union (HU) in Düsseldorf. That organization's federal chair was Ulrich Klug, an FDP politician, since deceased, who served as state secretary in the justice ministry of the federal state of North Rhine-Westphalia from 1971 to 1974 and as justice senator in Hamburg from 1974 to 1977.

The HU, which describes itself as an "independent civil rights organization," also had a longstanding problematic position on the issue of pedophilia, maintaining close contact with the Working Group on Human Sexuality (AHS), which advocated the legalization of sex between adults and children. Not until 2004 did the HU distance itself from the AHS and its pro-pedophilia stance.

Lautmann, the sociologist, still serves on the HU's advisory board, along with Green Party politicians Renate Künast and Claudia Roth. His 1994 book "Die Lust am Kind" ("Attraction to Children") continues to be touted by pedophiles, although Lautmann has since distanced himself from the book in response to public criticism.

Justice Minister Leutheusser-Schnarrenberger of the FDP also serves on the HU's advisory board. She was there nine years ago, when the civil rights organization grappled with -- and ultimately distanced itself from -- its past connections to pedophilia.

This makes it all the more strange that Leutheusser-Schnarrenberger now says the FDP doesn't need to examine its own past. There seems ultimately to be ample evidence that the party once lacked critical distance from proponents of pedophilia. 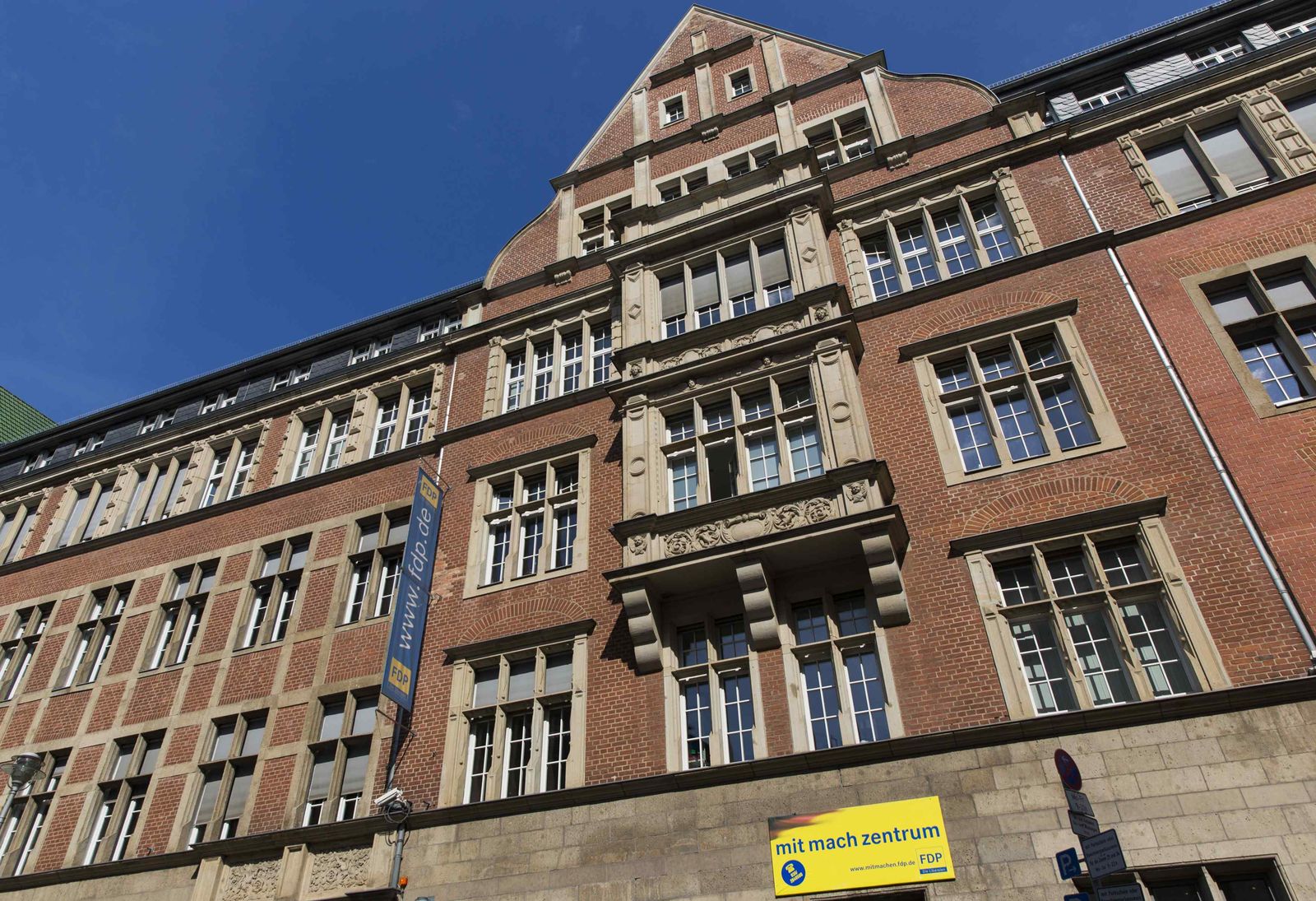 Did the FDP lose perspective in its struggle to achieve the highest possible degree of liberality?