Peter Hintze, the German government official responsible for aerospace and space travel, has called for Germany to launch a mission to the moon. Hintze told Germany's ZDF public television on Wednesday that an unmanned moon mission would be "a good investment" and that sending a remote probe would not only be valuable for research purposes but would also create jobs. 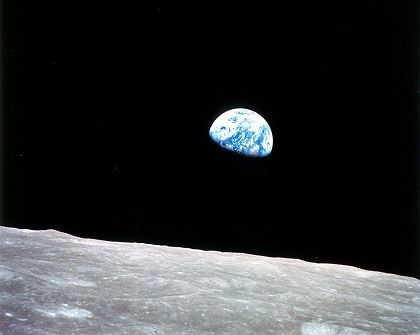 Hintze, a member of Angela Merkel's conservative Christian Democrats (CDU), stressed the economic benefits and the technological developments that such a mission would bring, and said that it was important to work in cooperation with other European countries and the US.

He put the cost of an unmanned mission to the moon at €1.5 billion ($2.1 billion) over five years. The minister said that although the necessary finances were not available yet for this new mission, it was a goal that could realistically be attained "within the course of the next decade, perhaps by 2015."

Less than a month after the 40th anniversary of the first moon landing in 1969, Germany's interest in the moon comes as no surprise, Hintze said. "The moon is the archive of our solar system," he explained, adding that it provides a fabulous research platform.

Innovative technology for aeronautics -- particularly in the area of robotics -- has come out of Germany in the past. The Columbus Control Center in Oberpfaffenhofen, Bavaria, coordinated a number of experiments carried out aboard the US space shuttle Atlantis during a mission in February 2008.

Germany could certainly use any extra jobs that a moon shot could create. The country's seasonally adjusted unemployment figures rose in July to more than 3.5 million as the recession continues to take its toll on the economy -- an unemployment rate of over 8 percent.