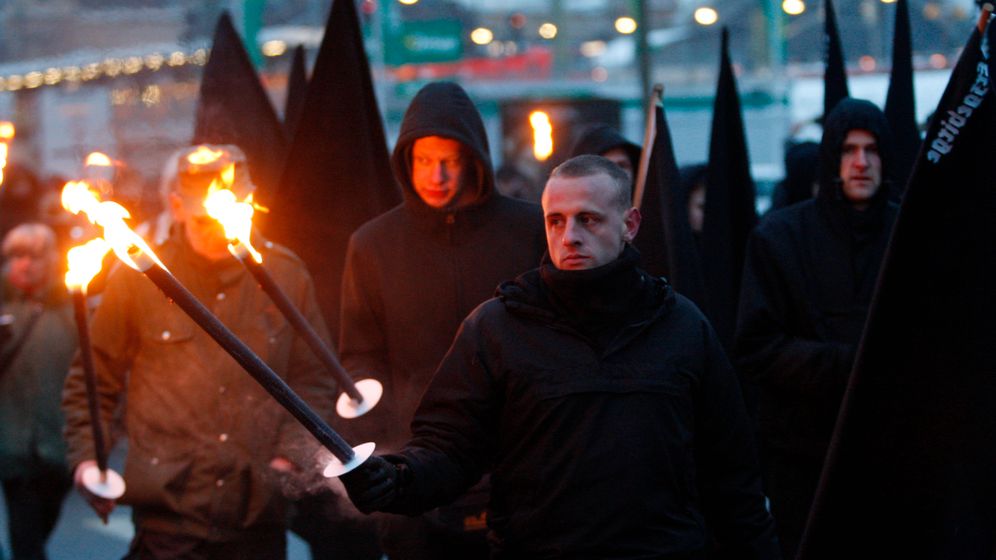 It is shortly after 4 p.m. on Sunday, Feb. 13 in Dresden, and Albrecht Schröter is pushing up against the police fence. War is breaking out around him, just as it does every year. Schröter wants to be allowed through to the demonstrators on the other side of the barricade. The mayor of the eastern German city of Jena wanted to join the blockade of the neo-Nazi march in Dresden. He has rented two buses to travel to Dresden with representatives of his city's Action Network against Right-Wing Extremism. "For me that is a citizen's duty," he says.

This year, once again, hoards of right-wing extremists have gathered in the capital of the eastern state of Saxony for Europe's biggest neo-Nazi march. Helicopters hover above the city, streets have been closed off and several thousand police officers are on duty.

Every year, the neo-Nazis use the Feb. 13 anniversary of the 1945 bombing raid on the city to accuse the Allies of a "Bombing Holocaust" and to portray the Germans as victims in the war. The British and Americans bombarded Dresden just a few months before the end of the war. The historic city center was destroyed and 25,000 people were killed. Every year, Dresden becomes the scene of a battle of remembrance between the far-right and the rest of the citizens.

Last year an alliance of political parties, trade unions, associations and churches succeeded for the first time in preventing the neo-Nazis from marching. In the historic old town, 15,000 people formed a human chain, while almost as many blocked the streets in another part of the city.

No Need for 'Demonstration Tourists'

This year, the far-right is putting on an even greater show of strength, with two marches planned in the space of a week. On Sunday, several hundred neo-Nazis marched through the city center, bearing black, red and white flags, placards proclaiming: "Never again a Bombing Holocaust" and torches. The police kept the 17,000 counter-demonstrators back so that they couldn't block the far-right march. Sunday's appearance, however, was just a curtain raiser. Next Saturday, on Feb. 19, neo-Nazis from across Europe are planning to mobilize in the city.

Yet there are deep divisions in Dresden between the various groups who oppose the far-right. The local branch of the conservative Christian Democrats (CDU) finds it difficult to protest side by side with the far-left Left Party. They reject blockades and even solidarity concerts. Lars Rohwer, leader of the CDU in the city, had already told protestors from other cities to stay away, saying Dresden doesn't need "demonstration tourists."

The left-wing activists who take the lead in combating the far-right feel that they are being persecuted by the politicians and the justice system. Last year, state prosecutors launched an investigation into the groups. Placards, documents, computers and hard drives were confiscated. "The criminalization of left-wing demonstrators is fatal," says the Berlin writer Ingo Schulz, who joined the protests last year against the neo-Nazis. He believes that the right-wing marches need to be prevented. "The politics of symbolism isn't enough. We have to act."

Citizens and officials have succeeded in preventing far-right marches in many other places. In eastern German cities such as Leipzig or Jena, there has long been resistance to the marches, forcing the neo-Nazis to capitulate in the end. Yet in Dresden they are still allowed to march. Jena Mayor Schröter says he is furious at how little Dresden's politicians have learned from the past. "Those in positions of responsibility in the city have to finally give the demonstrators their unconditional support."

'We Cannot Leave Dresden to the Nazis'

That has certainly not occurred so far. A recent ruling by the Dresden Administrative Court has if anything made the protests more difficult. The judges admonished the police for not allowing the neo-Nazis to go ahead with their "funeral march" last year. If, as expected, there are attempts to form massive blockades this coming Saturday, then it is highly likely that the police will clear them.

"In Dresden things are happening that would be unthinkable in the rest of the country," says Ralf Hron of Saxony's branch of the DGB, the German trade union federation. "The city has not only failed to support the counter-activities, it has intermittently prevented them."

The police cleared away a demonstration on Sunday along the neo-Nazi route, while allowing the far-right to march through city center carrying torches. The only measure the city is planning against the neo-Nazis' big march on Feb. 19 is a candle-light vigil.

Judith Förster, spokeswoman for the "Nazi-free Dresden" group, does not want to accept the ignorance of the city government. Together with other students, artists and political activists she is organizing a series of protest actions, including concerts, marches and blockades. Förster hasn't slept much over the past few weeks. She has been busy seeking support from right across Germany. Demonstrators have already travelled to the city from Berlin, Munich, even Switzerland. "We cannot leave Dresden to the Nazis," she says. On Sunday there were only a few hundred gathered to protest but she expects thousands to make the trip for the Feb. 19 march. "Then things will really kick off here." 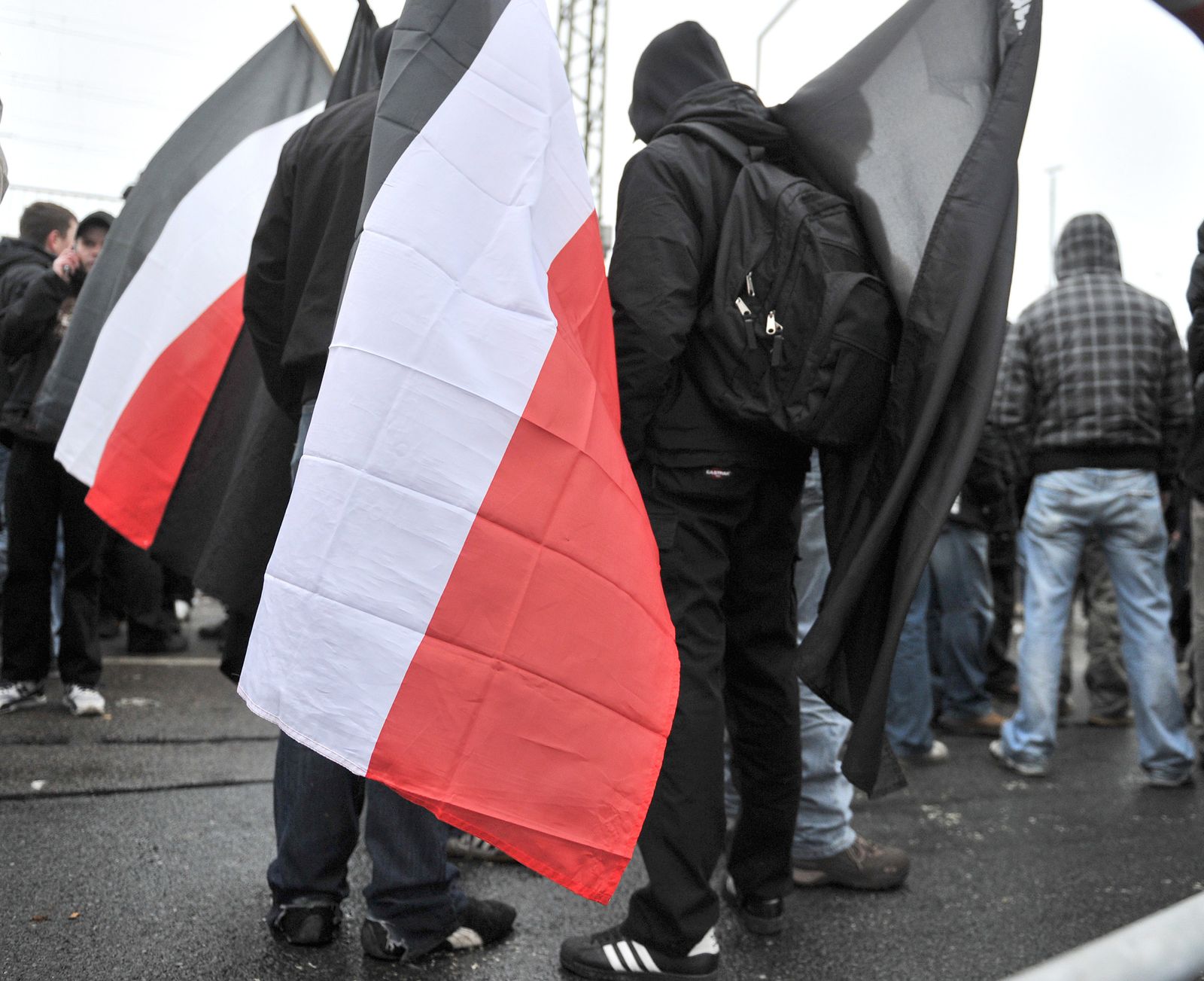