Hannah Lichtenberg was six when Allied forces dropped their bombs on Dresden, and she still summons an impressive amount of anger today. "It was bad enough that we had the luck of being hit by more bombs than any other German city," she said. "Now, every year they come out to play war again. Every year."

Like many other Dresden residents, she has had enough of the political fringe that converges on the city for the annual memorial ceremonies commemorating the 1945 firebombing of Dresden. Far-right protesters claim that hundreds of thousands of people died instead of the figure of 25,000 generally accepted by historians. This is not an underground operation, either: The far-right National Democratic Party (NPD), which contributes a majority of the demonstrators each year, is part of the state parliament in the eastern state of Saxony. The party has been described by Germany's domestic intelligence agency as "racist, anti-Semitic, revisionist." A 2009 march saw around 6,000 neo-Nazis descend on the Saxon capital, and this year's numbers were expected to be even higher.

As night fell on Saturday, flames lit up the Dresden sky as they do every Feb. 12. This year, however, the blaze didn't come from burning cars, trash cans or barricades set alight by left-wing counterprotesters, but from the torches of peaceful protestors.

Anti-fascist left-wing protesters and police succeeded Saturday in foiling the annual neo-Nazi parade through the city. For Dresden, it was an unexpected triumph against the far right. Earlier in the week, officials had anticipated between 8,000 and 10,000 neo-Nazis would demonstrate during the 65th anniversary of the Dresden bombing -- the biggest neo-Nazi protest in the post-war era. On Friday, an appeals court in the state of Saxony ordered that the neo-Nazi march could go on. In its ruling, however, the court gave police permission to take steps to stop the march if it threatened public safety.

Thousands of left-wing, anti-Nazi demonstrators successfully blocked the streets around the train station in Dresden's Neustadt district where the neo-Nazis had been given permission to start their march.

Meanwhile, across the river in Dresden's Baroque historical city center, more than 10,000 residents created a human chain in protest against right-wing extremism and neo-Nazis.

"Dresden doesn't want them and these groups do not belong here," said Dresden Mayor Helma Orosz. Later, when news emerged that the march would not take place, the mayor, a member of the conservative Christian Democrat Union (CDU), told local residents: "I am proud of you."

The left wing's approach, according to Katja Kipping, the deputy head of Germany's far-left Left Party and Dresden resident, would be to compel police to cancel the neo-Nazi parade for security reasons. She continued: "Feb. 13 should not be used to distract from Nazi crimes. Germany started the war -- it just came home on Feb. 13."

'The Nazis Are Being Deported, Destination Unknown'

With counterprotesters ready to move nearby, police contained the neo-Nazis in a barricaded area outside the train station, where an estimated crowd of 6,400 listened to re-enactments of the Dresden bombing. The city deployed around 5,693 police to manage public safety on Saturday. Those surrounding the neo-Nazis said: "Do not attempt to leave the prescribed area."

On the other side of the station, anti-fascist demonstrators hurled several cobblestones, offering a preview of what might follow if the neo-Nazis were allowed to march through the city. Police retaliated by firing water cannons. Ultimately, police concluded the left-wing blockade to be intractable and they ordered the neo-Nazis to disburse the area by train.

An anti-fascist leader, speaking on a stage shortly after the neo-Nazi gathering ended, announced proudly: "The Nazis are being deported, destination unknown" -- an allusion to the fact that the Neustadt train station had been used by the Nazis to deport Jews.

This weekend's police deployment drew wide praise across Germany. The state's police president, Bernd Merbitz, said Monday that the decision not to move against the counterprotesters so that the neo-Nazis' march could go on was the correct decision. "Where would we be today if the police had cleared the march route on Saturday?" he asked. "We were forbidden from using violence against children and older women."

In a commentary on Monday, the local Sächsiche Zeitung newspaper, wrote: "Feb. 13 Belongs to the Dresdners Again." For 11 years, the paper wrote, the neo-Nazis defined the image of Dresden on this day. Today, "the city was defined by 10,000 who formed a human chain through the historical center."

In the national capital, the Berliner Zeitung brandished its coverage of the events with the headline "Dresden's Courage." Stanislaw Tillich, the CDU governor of the state of Saxony, said: "Dresden has stood up to the neo-Nazis." And Andrea Nahles, the national general secretary of the center-left Social Democrats, said the "integrity of our democracy depends on our ability to combat right-wing extremism."

Former German Interior Minister Gerhart Baum, who experienced the bombing of Dresden as a 12-year-old boy, said: "We are deeply committed to making Dresden an example of peace and understanding, of democracy and human rights."

In total, police arrested 29 people on Saturday. At least 27 were injured, including 15 police, according to officials. After the neo-Nazis departed from Dresden, police arrested several hundred in the towns of Pirna and Gera. Desperate to march, the neo-Nazis had staged a protest without a permit in the nearby towns and vandalized public property in the process. 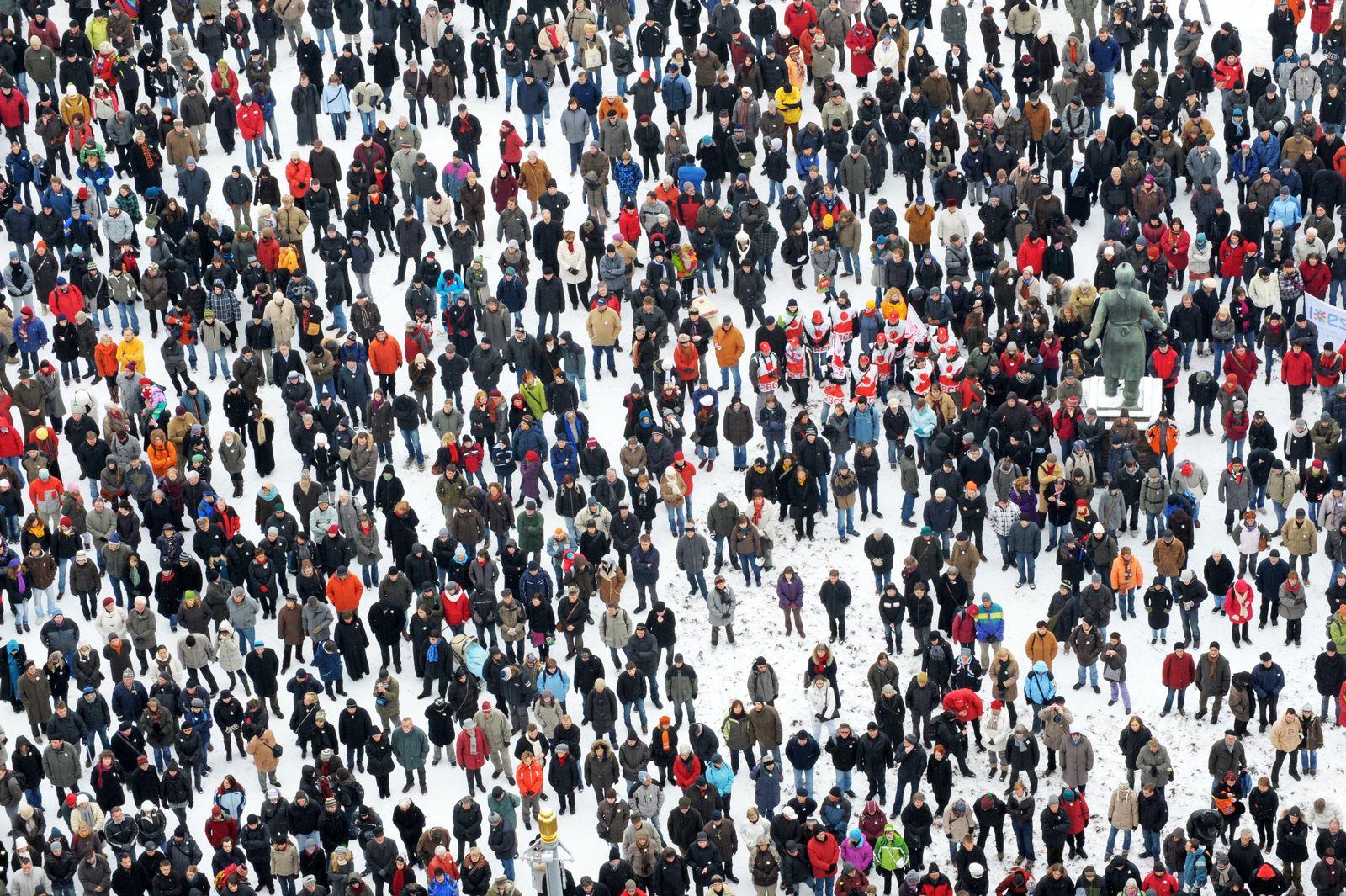