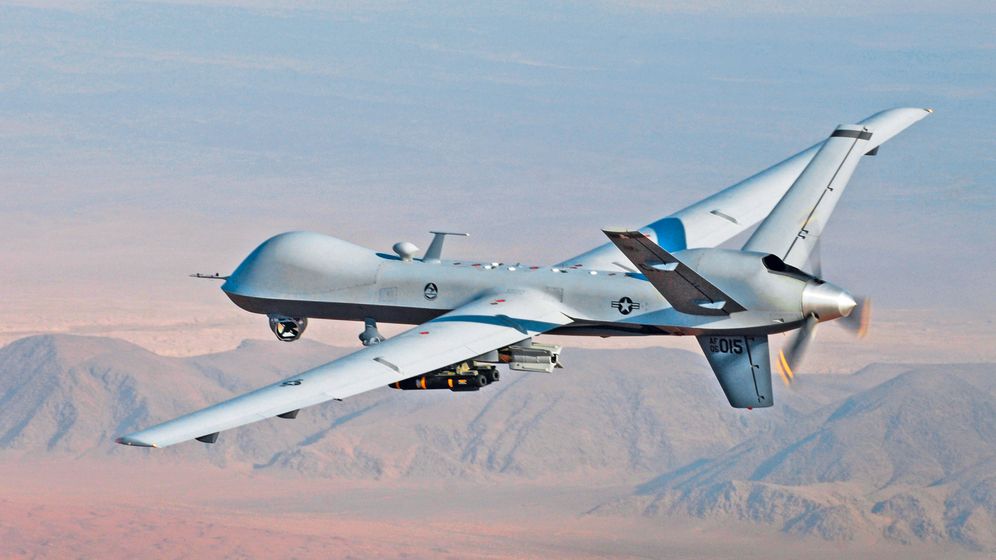 When death came, delivered from the sky, Bünyamin E. was sitting in the back room of a building in the mountains of Waziristan. A few friends of his were staying at the property, a farm on the outskirts of Mir Ali, including Shahab Dashti, who had slipped away from Hamburg at night to embark on a "holy war."

Bünyamin, 20, was new there, after coming to Pakistan in the summer of 2010. He and his brother Emrah had left their home and family in the western German city of Wuppertal, replacing their life in Germany with a new one led according to the rules of Sharia law.

Sometimes all it takes is a cigarette to make the difference between life and death. On that Monday in October, Emrah E. left the house at just the right moment to smoke a cigarette, he said later. That action would end up saving his life. The missile, fired from a drone, destroyed the back room of the building, killing Bünyamin, Dashti and a few others. The exact death toll is still unknown. Emrah, who saw his brother die as he stood outside, called their parents in Wuppertal to tell them what had happened.

The deadly air strike on Oct. 4, 2010 marked a turning point in the cooperation between German and American intelligence agencies. Bünyamin E. was the first German citizen to be killed in an American drone attack. His fate has both legal and political consequences and has placed the German government under pressure. While American President Barack Obama, who ordered the massive use of air power in the first place, is being celebrated in Washington following the killing of al-Qaida leader Osama bin Laden, different standards are being applied in Germany.

The discussion centers on the question of what types of information German intelligence officials should be allowed to pass on to their American partners, and whether this information could lead to the deaths of German citizens.

"There are many indications that the German government is contributing to these attacks," suspects Green Party politician Hans-Christian Ströbele, who is a member of parliament. "This would make it partially responsible for such killings." And Wolfgang Grenz, the deputy general secretary of Amnesty International Germany, is demanding that the German government "comment on the possible role of the Federal Criminal Police Office (BKA) and the Federal Office for the Protection of the Constitution (BfV, Germany's domestic intelligence agency) in preparing the intelligence used for American drone attacks in Pakistan."

As an initial consequence, then-Interior Minister Thomas de Maizière, a member of Chancellor Angela Merkel's center-right Christian Democratic Union (CDU), had his staff prepare a report examining the legality and constitutionality of the practice of passing on information. The minister said privately that he was surprised that there was not more public discussion of the sensitive issue.

Since Obama came into office, drone attacks have become the US government's method of choice in fighting the al-Qaida and Taliban leadership. These days, Obama rarely employs secret operations by special-forces units, preferring to use unmanned "Predator" and "Reaper" drones, which are controlled remotely from American military bases. In the more than two years since Obama's inauguration, there have been approximately 200 drone attacks, in which a total of more than 1,000 people have died. Most recently, the CIA launched a drone attack in Yemen, only a few days after the death of bin Laden, barely missing its target, al-Qaida in the Arabian Peninsula leader Anwar al-Awlaki. In the United States, the attacks are seen as efficient and low-risk operations, because they do not cost any American lives.

A Dilemma for Germany

In other countries, however, the method is controversial. The air strikes violate the political sovereignty of nations like Pakistan and Yemen, and they often claim innocent lives in addition to killing terrorists. Some see them as nothing but tools of modern warfare, while others characterize them as extralegal death sentences that have not been reviewed by courts of law and are thus incompatible with the German concept of the rule of law. The drones, says Left Party parliamentarian Wolfgang Neškovi, are "Washington's fire and brimstone against America's enemies."

The American use of drones is becoming a serious problem for the German government. On the one hand, German intelligence agencies depend on close cooperation with the CIA, the FBI and the American military. "A smooth exchange of information is vital," says CDU domestic policy expert Clemens Binninger. Only recently, the investigation of a terrorist cell in Düsseldorf headed by Moroccan national Abdeladim el-K. revealed how important information from Washington is.

In return, the Americans require as much information as possible from their partners. Since the attacks of Sept. 11, 2001 -- which a group of terrorists in Hamburg were able to prepare without attracting attention -- Berlin has acted on the maxim that it must do everything humanly possible to help the United States fight terrorism.

At the same time, the public has been alarmed over the treatment of prisoners at the Guantanamo detention camp, the use of torture-like methods during interrogations and the spiriting away of suspected terrorists to covert prisons. For years, an investigative committee studied German support of the American war against terrorism, and its conclusions have left behind traumatic memories among those involved in Berlin. For the German government, trans-Atlantic cooperation has been a balancing act.

The degree to which the drone attacks will adversely affect the German-American relationship also depends on the German Federal Prosecutor's Office. In the southwestern city of Karlsruhe, the office's investigators are currently examining the possibility of filing charges against those responsible for the death of Bünyamin E. A key factor in their decision is the question of whether what is happening in Pakistan can be defined as an armed conflict or war, as is the case in Afghanistan. Should the prosecutors answer this question in the affirmative, German forces would have extensive latitude under international criminal law, as was the case with the bombing of a tanker truck in Kunduz in September 2009 that killed up to 142 people, including many civilians. It would constitute something of a carte blanche for the use of drones.

This, however, is contradicted by the general legal view that there is no armed conflict in Pakistan. In that case, an investigation into the drone attack that killed Bünyamin E. would be subject to the rules of ordinary criminal law. Such an investigation, by a public prosecutor in Hamburg or Wuppertal, for example, would deal a serious blow to relations with Washington. The federal prosecutors, erring on the safe side, have forwarded the delicate issue to the Foreign Ministry, the BND, Germany's foreign intelligence service, and two institutes, asking for their responses in the form of expert opinions.

Germany Imposes Stricter Rules for Cooperation with US

Bünyamin E.'s fate shows how precarious passing on information can be. Shortly before his departure from Wuppertal, where neighbors say he was always a friendly and open-minded young man, he allegedly bragged about planning a suicide attack. After he had left the country, German intelligence notified the Americans and also provided them with information about other recruits from Germany. They included Bünyamin's German mobile phone number, the mobile phone number of a contact in Turkey and, later on, the address of a café in Mir Ali where "Bünno," as friends called him, sometimes went.

In Mir Ali, the group of German Islamists met Sher Maula Khan, a Pakistani who owns and rents out apartments in three buildings in the Waziristan death zone in the Afghani-Pakistani border region, where most Islamists live. Sher Maula Khan is "a completely normal local" and a member of neither the Taliban nor al-Qaida, claims Frankfurt Islamist Rami Makanesi, who had also rented an apartment from Khan in Mir Ali. "He has a pharmacy and a grocery store," says Makanesi, noting that Khan preferred renting to Germans instead of Arabs. The Arabs, according to Makanesi, have "a bad reputation, because they are quickly targeted in drone attacks."

The target of the October strike was apparently a Taliban commander believed to be behind an attack on a US base in Khost in December 2009, which killed seven American intelligence agents. There are many indications that the CIA knew exactly who was staying in the building outside Mir Ali. The Americans apparently accepted the possibility that Bünyamin E. and the other Islamists from Germany would also be killed in the drone strike. However, their actual target, the Taliban strategist, had left the property before the attack.

The deadly drone attack has already changed the way the German and US governments interact. The German Interior Ministry has issued new, more restrictive rules and has instructed the BfV to stop providing the Americans with current information that would make it possible to determine the location of German citizens.

Although telephone numbers are still being passed on, details on exact locations are not. If the information ends up on the Americans' so-called "Capture or Kill" lists, the Germans note that it can only be used to arrest suspects.

When providing information, the German intelligence agencies include wording to the effect that the Americans can use it "for intelligence purposes only" or "to protect against threats" -- in other words, not to hunt people down. According to a German official, these instructions "rule out the possibility that German information could be used to plan a drone attack."

This will hardly put an end to the discussion of drone attacks. More than 30 Islamists from Germany are still in Waziristan. It is only a matter of time before another drone attack claims the lives of German citizens.